As Gov. Phil Murphy delivered a 20-minute keynote luncheon speech at Hard Rock Hotel and Casino on Thursday at the East Coast Gaming Congress, more than 100 employees of the city’s nine casinos were busy organizing a protest rally on the city’s iconic Boardwalk just outside the Hard Rock walls.

The employees for many months have been gathering to seek to draw awareness to their goal of adding casinos to the  otherwise nearly universal ban on smoking at indoor establishments in the state.

A particular source of the workers’ ire was new Casino Association of New Jersey President Mark Giannantonio, the Resorts CEO who until recently was scheduled to participate in an ECGC panel on the pros and cons of smoking bans. With no one else stepping forward to advocate for the continuation of smoking at the properties, conference organizers scrapped the panel from the two-day list of discussions.

Rally speakers Pete Naccarelli and Lamont White, both Borgata table games dealers and leaders of CEASE — Casino Employees Against Smoking’s Effects — urged the people in the crowd to raise their voices in unison for their cause.

“I have two young sons and a wife, and I want to be there for them for the long term,” Naccarelli said. “Every day that smoking is allowed, the chances are less that I will be.

“The CANJ is running and hiding right now — they have no logical arguments, and they can’t discuss this issue,” Naccarelli added. “They rely on lobbyists whispering fake arguments in people’s ears that don’t hold water. I really hope our elected officials don’t get the wool pulled over their eyes.”

Last week, Giannantonio said in a statement: “The Casino Association of New Jersey has been very transparent in its position that an immediate smoking ban would have a significant adverse effect on Atlantic City. We believe that more time is needed to devise and implement a solution that will address the concerns of our employees without jeopardizing jobs and benefits to seniors.”

But the protestors clearly were not satisfied with that approach.

“This is an easy issue — this is people dying vs. perceived profits,” said Naccarelli. “We think they’ll make more money if they go non-smoking. And let’s not sugarcoat this: There is a good chance that some of us will get sick and possibly die because of the effects of second-hand smoke.

“And you know who doesn’t have to worry about that? Casino executives who are sitting in their office — there’s no smoking in casino executives’ offices. We’re the ones choking on second-hand smoke, not them.”

Smoking at casinos in New Jersey is limited to 25% of the gaming floor as part of a 2006 bill passed into law by then-Gov. Richard Codey that banned smoking at restaurants, bars, and other indoor public gathering spaces. Casino officials successfully lobbied lawmakers that, with a number of new casinos being added in Pennsylvania at that time near the border of the two states, a smoking ban could cost thousands of jobs in Atlantic City.

A number of protest signs on Thursday bore the phrase, “We deserve to breathe.”

White told the crowd, and a few stray passersby, “Here we are again, begging for the same thing that every other worker in New Jersey has: fresh air in the workplace.”

Cynthia Hallett, president and CEO of a nationwide group called Americans for Nonsmokers’ Rights, said that the workers “gathered again, in the rain, because the rain is less hazardous to their health than being in a room filled with second-hand smoke.” Hallett added that smoking already is banned at casinos in 20 states.

Identical smoking-ban bills in the state Senate and Assembly already have attracted dozens of co-sponsors, including the entire Atlantic City delegation, a majority of the Assembly and Senate health committees, and a majority of South Jersey Assembly Democrats.

But the bills would have to be approved by committees in each chamber before heading for a full vote in the Senate and Assembly.

State Senate President Nicholas Scutari said in June, before the Senate took a vacation break of more than two months: “There’s more to it than just ‘Do I think people should smoke indoors?’ I do not. I don’t like smoke. I’ve never been a smoker. But there are economic things, there are other items at work there. We’ve got to work with the industry, work with the advocates.

“But I think at some point, you’re gonna see something.”

Murphy — who did not mention the issue in his luncheon speech — repeatedly has indicated that he would sign such a bill if and when it reaches his desk. The two Borgata dealers offered praise for Murphy’s stance.

NEW: @GovMurphy on ending indoor smoking: “At the end of the day, we will still get good business. Atlantic City is an American gem. We’ve got the ocean and the other competitors don’t. And this is the right thing for our respective health.” #smokefreeAC pic.twitter.com/tV9Uhyk2HY

An independent report by Las Vegas-based C3 Gaming published in June questioned whether the Atlantic City casinos would suffer a revenue loss from an end to smoking — in part because two years of upheaval from the COVID-19 pandemic seems to have lowered casino visitors’ expectations of the number of options and amenities they will have in the future.

During a conference panel on Thursday, Greenwood Racing CEO Eric Hausler, whose company operates Parx Casino in Bensalem, Pennsylvania, about 70 miles north of Atlantic City, said that Parx has been smoke-free for more than two years. “Our employees love [the ban] and are grateful for it,” Hausler said. “We intend to stay that way. I don’t see why we would go back.” 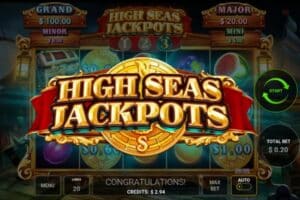