Have A TheScore Bet Account? Here’s What To Expect As Operations Wind Down

Bettors in the U.S. can wager with the operator until June 15 and withdraw funds online until July 1 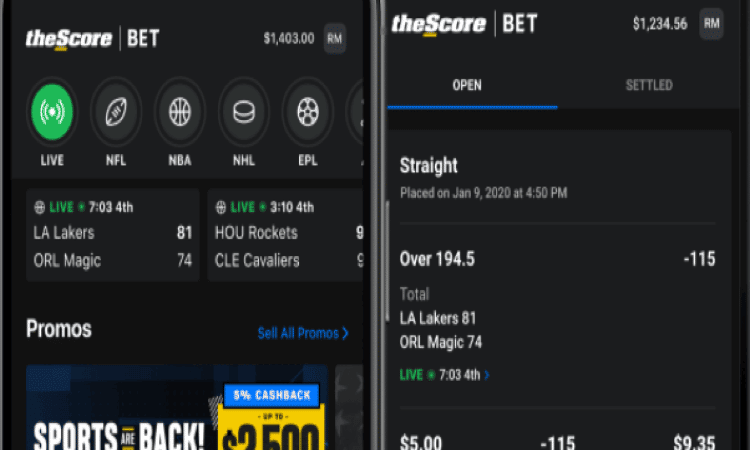 On June 1, theScore Bet announced it would be discontinuing its U.S. sports betting operations as of July 1. Penn National Gaming bought the Canada-based company eight months ago and has been moving steadily toward using its Barstool Sportsbook platform as its U.S. brand and theScore Bet as its Canadian brand.

The move will not affect customers in Ontario or any other Canadian province, as theScore Bet will be the company’s front-facing brand there.

While theScore Bet will remain active in New Jersey and other states until July 1, the company, in a newly posted list of FAQs, shared that new bets and account deposits will be accepted until June 15. After that, any existing bet that will be settled by July 1 will be paid out. Customers can withdraw funds but cannot place wagers between June 15-July 1.

The timetable aligns with the conclusion of both the NBA and NHL playoffs, meaning that futures bets on both will finish ahead of July 1 and be paid out. As of Tuesday, the Boston Celtics and Golden State Warriors are tied at one game apiece in the NBA Finals. In the NHL, the Colorado Avalanche secured a spot in the Stanley Cup Finals while the New York Rangers led their semifinal series with the Tampa Bay Lightning, 2-1, heading into Tuesday night’s Game 4.

How funds will be returned to customers

According to theScore Bet’s FAQs, “Open bets on events that will be completed on or before July 1, including the entirety of the NBA and NHL playoffs, will remain active and settle as usual.” The company will contact bettors with futures bets that extend past July 1 to determine the status of those bets.

Here’s a look at how theScore Bet will handle funds between now and July 1:

The decision to shutter the U.S. version of theScore Bet will allow the company to focus its efforts in Canada, where wagering went live in Ontario on April 4 and where theScore Bet has a strong foothold. The company traces its roots to its sports media arm, theScore, based in Ontario Province, and its theScore media platform will still be available in the U.S.

“This move enables us to maximize the value of both brands through our organic media and gaming approach. Key to our strategy is integrating theScore media app with Barstool Sportsbook, which we’re currently working towards,” Benjie Levy, president and COO of theScore, told Sports Handle last week. “Bringing together theScore’s powerful mobile sports media platform with Barstool Sportsbook in a unified ecosystem, supported by our in-house technology and custom integrations, will strengthen the overall U.S. product offering and broaden its reach.”