Deduction for promotional lures to gamblers will be limited, at governor's insistence 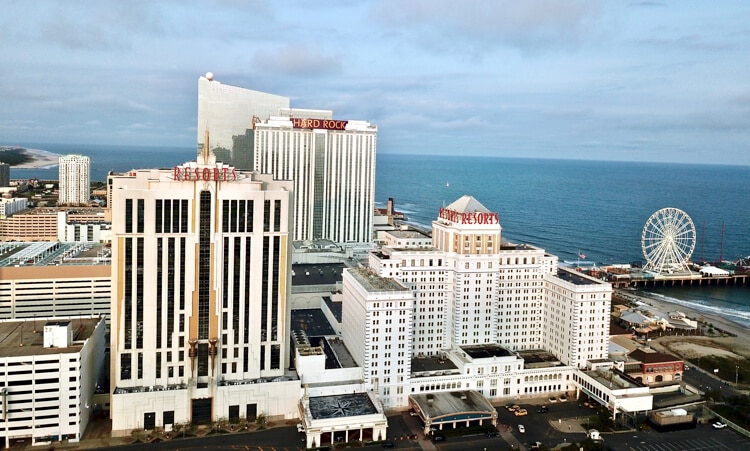 The Atlantic City casino industry is projected to save about $50 million in real estate taxes this year thanks to a bill that Gov. Phil Murphy signed into law in December. But on Monday, the last day of the legislative session, the casinos had to settle for a lesser victory on the tax front when it comes to promotional gaming credits, or PGCs.

The state Senate, by a 38-1 vote, accepted the terms of Murphy’s conditional veto of the bill issued in November, just as the Assembly had done on Dec. 20. Murphy wrote that he believed the bill to be “well-intended,” but he had some issues with it.

The PGC deduction was established in 2008, as the city’s casino industry was in the throes of a downward spiral, to exempt the promotions from the amount of the gross casino revenue subject to the state’s 8% tax on gambling winnings. That deduction eventually was expanded to include credits related to internet casino gaming and, since 2018, brick-and-mortar sportsbooks.

Tracing the origins of a tax break

Murphy harked back to the original goal of the measure, which was to help the bottom lines of casinos so they could better afford to spend on marketing to attract customers.

The current bill’s language, which allows racetracks to offer credits and incentives to visitors of their onsite racebooks, was lauded by Murphy. But the governor also pointed to the $1 billion or more being wagered in the state each month of the fall 2021 football season.

“Given the record performance of online sports wagering operations and the tenuous connection between online wagering and tourism and local economic growth, I am suggesting revisions to the bill to apply the PGC deduction only to the gross revenue tax on non-Internet sports pool operations, with the hope that the expansion of PGCs will attract new visitors,” he said.

Another provision of the original bill that has been erased by the conditional veto would have allowed sportsbook operators to deduct any “free bet” amounts from their bottom lines for tax purposes — even some PGCs that “the bettor has little chance of winning,” Murphy wrote.

Pros and cons of trying to help AC casinos

In his four-page conditional veto, Murphy laid out what he said was a balancing act that lawmakers must consider in cases like this one.

“The use of tax breaks to spur economic activity must always be measured against the detriment to the many worthwhile causes that the foregone tax revenues would have supported,” Murphy wrote. “Revenue derived from casino operations is constitutionally dedicated to providing reductions in property taxes, rental, telephone, gas, electric, and municipal utilities charges of senior citizens and disabled residents of the State, and for additional or expanded health services or transportation services to senior citizens and disabled residents.

“Other taxes imposed on casino and racetrack sports pool operations are used for tourism and marketing programs for Atlantic City and, in the case of racetracks, distributed to the municipality and to the county in which the sports wagering lounge is located, or to an economic development authority of that municipality and county.”

The compromise brought forth by Murphy helped the PGC bill pass the Senate with just one dissenting vote. The real estate tax bill, by contrast, passed by a 21-15 margin — the bare minimum of votes needed for passage — even as Senate President Stephen Sweeney claimed that failure to act could lead four of the city’s nine casinos to close.

The Senate on Monday also unanimously passed a pair of horse racing-related measures.

The first bill changes the timing of the New Jersey Racing Commission’s annual deadline to report its financial figures to the governor’s office from the end of the calendar year on Dec. 31 to the end of the state’s fiscal year on June 30.

“This change will make the reporting process more effective,” the bill’s sponsors wrote. “The Racing Commission does not have access to all data needed for the commission’s annual report by the end of the calendar year. As a result, the commission has to file an incomplete report at the end of the calendar year in order to meet the statutory requirement, and then file an additional, supplemental report when the additional information becomes available.”

The other bill, which also passed unanimously in the Senate, mirroring the Assembly’s vote in June, requires the commission to submit an annual filing to state officials regarding monitoring procedures such as fingerprinting of key horse racing personnel, reporting of any equine fatalities, and ensuring that licensing fees and fines are collected in a timely fashion.

The bill was inspired by a review by the State Auditor’s Office, covering the years 2016-2020 and published last spring, which found that the commission too often was lax in its bookkeeping.

“The commission is not in compliance with its monitoring procedures to ensure all revenues collected are deposited timely, properly recorded in the state accounting system, and accounted for in the [commission’s] system,” the report concluded.

A majority of transactions were found to be “not deposited in timely fashion” or recorded in the state’s accounting system on time. And in all but one of 45 cases, daily collection reports were not initialed by both the licensing inspector and supervisor, as is required.