But casino operators gain a lucrative tax break as the year comes to an end. Skip to content 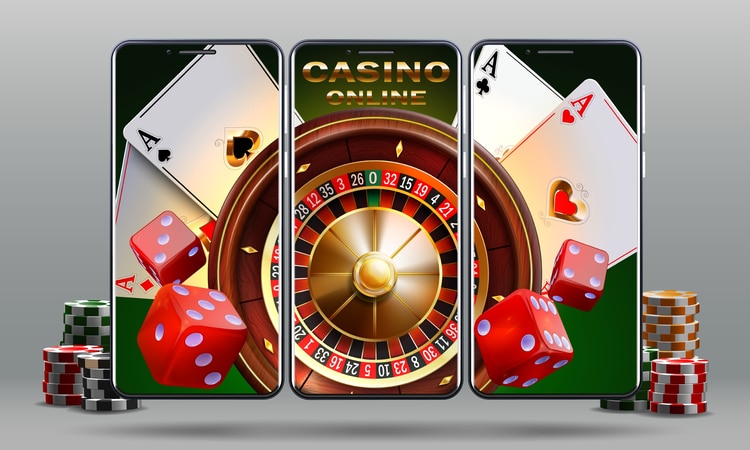 In the first full year of online casino play in New Jersey in 2014, the new form of gambling made up 4.5% of the Atlantic City casino industry’s gross gaming revenue bottom line.

Just a cherry on the top of the casino balance sheet, really. But the annual growth — which eventually became exponential — turned online casino dollars into the controversy of the year in the industry in 2021.

Highlighting the controversy, Atlantic County officials recently filed a lawsuit that is headed for a court hearing next month.

The suit stems from passage of a casino tax break bill in the last days of the state legislative session this month. It staggered across the Senate finish line by one vote, then gained immediate signature into law by Gov. Phil Murphy.

The winning gambit may have been outgoing state Senate President Stephen Sweeney’s insistence, while speaking before a committee earlier this month, that up to four of the city’s nine casinos could close if the tax break wasn’t granted. That stirred up nightmarish memories of 2014, when four Atlantic City casinos did close, decimating the regional economy.

The debate over taxation has arisen precisely because of the growth of online casino play and, to a lesser extent, the rise of casino-related mobile sports betting.

Sports betting was legalized in New Jersey in mid-2018, and that new revenue stream accounted for 1.7% of the broadening revenue pie that year. Online casino action, meanwhile, reached double digits for the first time, at 10.5%.

The first full year of sports betting in 2019 represented 3.8% of the casinos’ collective bottom line, while online casino made up 14.6%.

Then came 2020 — the first year of COVID-19’s impact. Brick-and-mortar casino revenue tumbled to barely half of strong 2019 figures, while online casino revenue not-so-coincidentally doubled. Sports betting — most of which takes place online, rather than at on-site casino sportsbooks — improved only slightly, as many key sports shortened their schedules while some major events were canceled entirely.

Ultimately, sports betting made up 5.2% of the overall revenue in 2020, while online casino blossomed to represent a remarkable 37%.

Casinos have enjoyed a renaissance in 2021, as the sites have remained open all year and entertainment-starved customers found a way to cope with pandemic restrictions. While December’s numbers are not yet in, it appears that gross gaming revenue from in-house casino play will land between the $2.51 billion figure of 2018 and the $2.69 billion mark achieved in 2019.

The resumption of mostly full sports schedules has lifted sports betting up to 7.8% of the revenue total in the past 11 months, compared to 32% for online casino play.

An outsider might wonder why the casinos care where the money comes from, if total gross gaming revenue from pandemic-hampered 2020 was on par with 2015-17 numbers and not far off 2018, either.

But what once was a murmur of discontent by casino operators over how the state Division of Gaming Enforcement reports revenue reached full boil during the pandemic, prompting passage of the new tax legislation.

In 2016, casino operators had agreed with city, county, and state officials on a change in how taxes are paid. The new plan set up a payment-in-lieu-of-taxes, or PILOT, that would give more certainty to all parties involved during a tumultuous time for the industry. A series of tax appeals by casino operators had repeatedly gone in their favor, as new assessments brought down the estimated value of the vulnerable properties.

The PILOT deal was reached before sports betting was legalized, and before online casino gaming had reached even 10% of the official bottom line.

“Before the bill went up for vote, the gaming industry decided to gamble,” former Atlantic City Mayor Don Guardian recalled of the 2016 change.

Instead of a locked-in figure of $120 million in annual effective taxes from the industry, the PILOT bill allowed for lower payments if the casinos continued to struggle, but more if they unexpectedly thrived. The surge in online revenue led to the latter.

“Now we know that was a bad bet [for casino operators], but we shouldn’t be paying for that bad bet,” Guardian said recently, referring to rising PILOT payments stemming from the growth of online gambling.

Not all casino revenue is created equal

The issue is this: Only about one-third to one-quarter of online gaming revenue actually goes directly to the casino operator. The rest is kept by the online casino and mobile sports betting operators who run the sites through their partnership agreements with the casinos.

So as the revenue pie keeps shifting away from dominance by brick-and-mortar dollars, the casinos have been paying more and more “full price” on revenue they only partially keep.

Not anymore, as a result of the new legislation. The bill signed into law by Murphy exempts online gambling revenue from the PILOT calculations, which is expected to shave about $55 million off an otherwise-projected $165 million payment in 2022.

And why is the county suing the state to try to void the new tax law? Because, county executive Dennis Levinson says, it violates a settlement agreement from 2018 after a similar lawsuit had been filed. The change in the PILOT formula would cost the county $5 million to $7 million annually, Levinson contends.

A state court judge has scheduled a Jan. 4 conference with attorneys from the relevant parties, with mediation “as soon as possible” likely to follow. 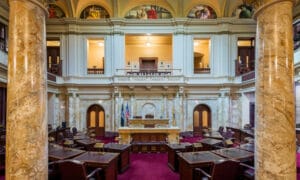 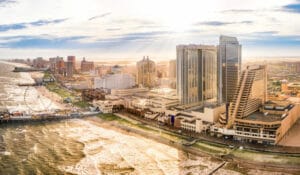