Almost $100 million in development, including sports betting amenities, is on the books for AC site 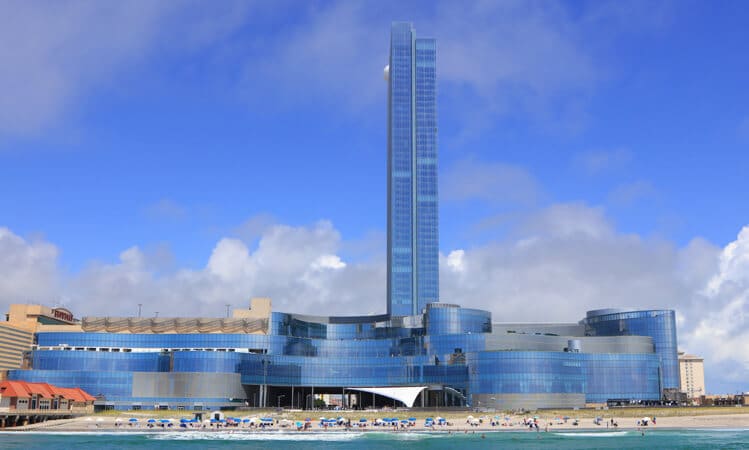 The NCAA’s March Madness men’s basketball tournament is a hectic time for most sportsbooks, and it may be especially so this year for Ocean Casino in Atlantic City.

March is also the month that the casino will launch construction of “a new venue that will blend an entertaining bar, lounge, and gaming experience with sports wagering,” according to a release. More details are promised soon.

During the Madness, there will be one sports betting window open and one kiosk available for guests to make legal sports wagers — with online betting available to anyone with a smartphone.

And, in welcome news for high-stakes players previously limited by former sportsbook partner William Hill, Ocean hopes to have obtained regulatory approval by that point for Hall of Fame bookmaker Vic Salerno and USBookmaking to begin providing the lines.

The “new venue,” budgeted at $4 million, is scheduled to open sometime this summer.

“As Ocean continues to strengthen its position within Atlantic City, we are steadfastly dedicated to property growth and development,” Bill Callahan, Ocean’s interim CEO, said in a statement.

“We are excited by the new venue’s central location, and the ability to advance our product with an innovative experience for our guests to enjoy,” Callahan added. “Partnering with USBookmaking allows us to capitalize on their expertise to bolster our land-based wagering product.”

Other new bells and whistles

In 2021, Ocean opened “The Cove high-limit slot experience” and “The Loft” private luxury gaming suite as part of a $15 million project.

Still to come in 2022 are other investments totaling more than $75 million.

The Boardwalk property last year led the city’s casino industry in the first three quarters of 2021 both in average rate per occupied room, $246.82, and occupancy rate, 89.3%.

“The ability to meet growing demand in our hotel experience will create new energy throughout the resort — from our casino floor and award-winning restaurants to our renowned nightlife and entertainment venues,” Callahan said.

Philadelphia Magazine chose Ocean as the top casino in the region in its “Best of Philly 2021” awards. A 4,500-seat concert venue and the world’s largest Topgolf Swing Suite are among the casino’s amenities, which also include four upscale restaurants and 1,720 slot machines.

Those were the same rankings as in COVID-ravaged 2020, but a jump from 2019 — Ocean’s first full year — when the casino placed sixth in the industry.

The Ocean site originally opened in 2012 as the $2.4 billion Revel resort, but that casino had massive financial woes from the time of its opening and was shuttered in 2014.

In October, the Ilitch family — well-known in Detroit for ownership of the Tigers baseball team and Red Wings hockey franchise and MotorCity Casino Hotel — purchased 50% of Ocean.

The casino’s expansion could enable it to become competitive with Hard Rock for the No. 2 spot in the industry and the top spot among the six casinos on the Boardwalk. But Borgata, in the Marina District along with Harrah’s and Golden Nugget, figures to continue its reign at the top for some time to come.