Will Marijuana Join Alcohol On The Floors Of Atlantic City Casinos?

With marijuana legalization looming in New Jersey, the idea of smoking weed inside a casino is something that will be addressed. 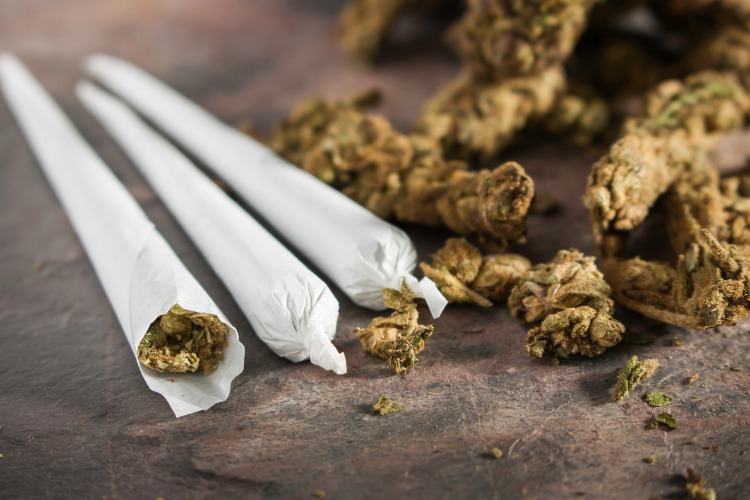 After about 420 false starts and counting — see what we did there? — recreational marijuana, which New Jersey residents overwhelmingly voted for back in November, is still stuck in legislative limbo. It will get through the process, eventually, but in the meantime, bong hits and bowl rips will just have to (legally) wait.

And even when the process is finished and marijuana shops dot the landscape, there will still be hurdles that will have to be overcome. After all, marijuana legalization is a tricky business, especially considering it’s still very much illegal under federal law. Legalization in New Jersey, as a result, will put certain industries on the hot seat, especially ones that have to deal with federal regulations.

Enter Atlantic City casinos, and the simple question: Will marijuana make it to the casino floor? Will people be able to smoke a joint while they play blackjack? Will there be retail outlets for weed inside the hotels?

For answers to these questions, we turned to three “Ls” — a lawyer, a lobbyist, and a (former) legislator — for their take on marijuana legalization and what it means for AC.

“You still have the issue that it’s still illegal under federal law, that has not changed yet,” said Adam Berger, a partner in the gaming industry group at the Cherry Hill-based law firm of Duane Morris. “So when you’re talking about a regulated industry, you have to consider your license holders, whether they’re complying with all laws in all respects, which includes federal laws which might in some cases contradict the laws of your home state.”

In short: People who enjoy marijuana will probably want to leave their stash in their hotel rooms.

“I think that’s going to be the call,” Berger said.

Former state Sen. Ray Lesniak, who initiated and led the push to bring legalized sports betting to New Jersey, which ended up with the Supreme Court’s PASPA ruling, agrees with Berger.

“Weed? I do not see that happening,” Lesniak said.

And while he agrees the federal government’s stance on marijuana is going to be the big driving force behind keeping it out of the casino, Lesniak also believes marijuana is not going to be the magic elixir that helps bring people back to the casinos. In fact, he’ll be surprised if smoking cigarettes — currently banned on the casino floor due to COVID — makes its way back.

“I don’t have statistics to prove what I feel in terms of the number, but it’s not just about the numbers,” Lesniak said. “Atlantic City found out way too late that its future cannot just be about money made on the floor of a casino. And now, it’s moving toward a more diverse economy, and that includes a healthy atmosphere for patrons. Reputation-wise, it won’t be beneficial for the future of Atlantic City casinos overall if we allow … certainly not marijuana smoking, but if we allow cigarette smoking as well. I really don’t think that’s coming back.”

Bill Pascrell III is a lobbyist with the Princeton Public Affairs Group, and he has had plenty of experience in both the gaming and marijuana legalization efforts in the state. And even he thinks marijuana in Atlantic City casinos will be a non-starter, at least at first.

“At this point in time, in the early stages of adult use, I think it is unlikely that we would have retail opportunities in casinos for cannabis,” Pascrell said. “But I do think there are opportunities to create areas within Atlantic City for dedicated cultivation and retail centers that would benefit the casino industry and also benefit the city of Atlantic City.”

This is a sentiment echoed by Berger.

“The interesting thing here is this contradiction in some ways between the regulated casino industry in Atlantic City, which is really geared in a lot of ways to helping the Atlantic City market, and then you have the marijuana market which is also designed in some ways to benefit your more economically deprived areas,” he said. “And so if you really want to help Atlantic City, it would make sense to allow marijuana to be a free-for-all, but because of the necessary federal regulations, it might not work.”

But Pascrell thinks there is going to be a happy medium between the casino industry and the marijuana industry, with helping Atlantic City regain some of its luster as the common denominator.

“I don’t see cannabis being retailed on property in the near future, but Vegas is a good example, where there are retail outlets near casinos, but not in them,” Pascrell said. “I don’t see that idea changing in the relative near future in Atlantic City, but in two or three years from now, once we get it off the ground and running, there may be opportunities for that.”

Another looming issue: the casinos’ ability to suss out if players are zonked out.

“It is an overlying issue,” Berger said. “Same issue the casinos have with alcohol. They have to be very careful when people are abusing alcohol on their property, because it could lead to problem gambling, and having the casino be viewed as essentially taking advantage of their players.”

“Yes, the casinos will have to keep in mind the concerns that are always in place for a licensed casino operator with regard to alcohol, let alone cannabis,” he said.

But Pascrell does see a bright future for the intersection of legalized gambling and legalized marijuana. More bud than shake, in other words.

“Atlantic City does deserve a good boost in the arm,” he said. “It is a hospitality mecca, one of the most recognized hospitality meccas on the East Coast, and every consideration should be made to create opportunities for cannabis and adult use.”