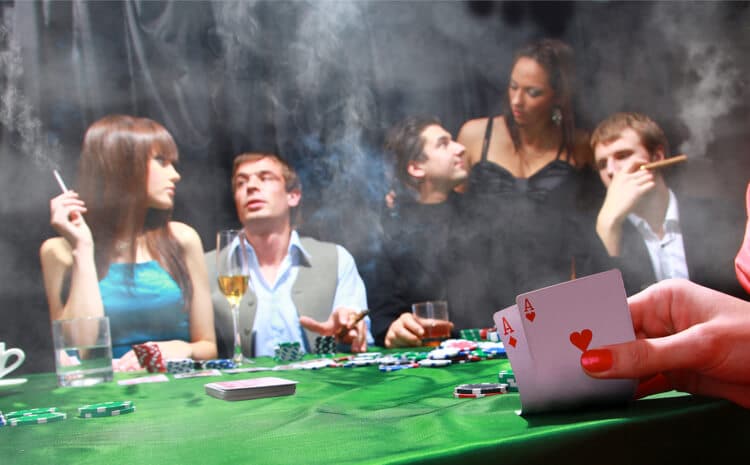 What gets described as “bipartisan support” for bills in the Trenton statehouse usually winds up really being one major party backing it, with a straggler or two from the other party also coming aboard. But with the bid to end the unique exemption for Atlantic City casinos to offer smoking sections on gaming floors, the sentiment actually is growing among both Democrats — who control the state Senate and Assembly, as well as the governor’s office — and Republicans.

Last week, 11 more Assembly members — six Democrats and five Republicans — joined the movement by agreeing to co-sponsor bill A2151. Assembly Republican Leader John DiMaio is one of the new sponsors, and backing for the bill crosses all regions in the state.

“Our state’s casino industry can thrive without forcing workers to breathe secondhand smoke on the job,” DiMaio said in a statement. “I’m co-sponsoring this legislation to protect the health of Atlantic City casino workers who deserve a safe work environment as they provide for their families.”

“It’s wrong to subject casino workers to harmful secondhand smoke, and we must act to end this special exemption for casinos,” he said. “I’m co-sponsoring this bipartisan legislation to eliminate the casino smoking loophole, because it’s a common sense way to improve the health of thousands of New Jerseyans.”

Jobs at risk from end to smoking?

An analysis released last month, commissioned by the Casino Association of New Jersey, concluded that a smoking ban could lead to the loss of up to 2,500 jobs.

The report was produced by Spectrum Gaming Group, an independent research and professional services firm. According to that report, approximately 10% of the Atlantic City workforce is at risk if a smoking ban is enacted. A decline of up to 10.9% in gaming revenue and a loss of between $17.2 million and $44 million in tax revenue for the city and state also were projected.

“The Atlantic City casino industry is the economic backbone of South Jersey,” Joe Lupo, president of the casino association, said in a statement. “A smoking ban would result in a decline in customers, which would cause job losses, a decline in gaming revenue, and a decline in tax revenue that benefits the state and local economy, as well as New Jersey seniors and persons with disabilities.”

That threat has made some lawmakers take pause, as they recall the disastrous impact on the South Jersey economy when four casinos closed in 2014 and another followed in 2016. But Cynthia Hallett, president and CEO of Americans for Nonsmokers’ Rights, stated that such “scare tactics” are “going over like a lead balloon with legislators in Trenton, especially considering that every state legislator representing Atlantic City supports this bill.”

“We applaud these legislators who are doing what’s right and also politically popular, considering the overwhelming public support for getting rid of smoking in casinos,” she added. “In 2022, good luck defending a pro-indoor smoking position that threatens the health of casino workers and guests.”

In the Senate, 13 out of 40 senators are now either primary or co-sponsors of the legislation. The primary sponsors are Health Committee Chair Joseph Vitale and Sen. Shirley Turner, both Democrats. Four of the 13 sponsors in that chamber are Republicans.

The most famous supporter of the ban

Last month, the push to end smoking in the nine Atlantic City casinos gained the backing of legendary state Sen. Richard Codey. That was particularly significant because Codey was governor in 2006 when he signed into law the indoor smoking ban in commercial establishments that exempted only casinos and tobacco-related businesses.

“When I was governor, we passed smoke-free legislation that covered almost all of our state,” Codey said in a statement. “Restaurants complained their businesses would suffer, but in fact, the opposite happened — customers loved the smoke-free environment. The same will happen with the casinos. It’s past time that casino workers have the same protections as every other worker in New Jersey.”

The 2006 law allows for smoking in “casino gaming areas and casino simulcasting facilities” in up to 20% of the gaming floor space.