Thanks to the debut of Unlimited 21 on Golden Nugget, NJ players will never have to wait for a seat at the Live Dealer Blackjack tables

In an effort to service the growing demand for Live Dealer play, Golden Nugget Casino has introduced another innovation to its rapidly growing lobby.

The Live Unlimited 21 Blackjack Auto-Split game presents a new twist to Live games: it is a community Blackjack game where potentially any number of players can share the same hand. 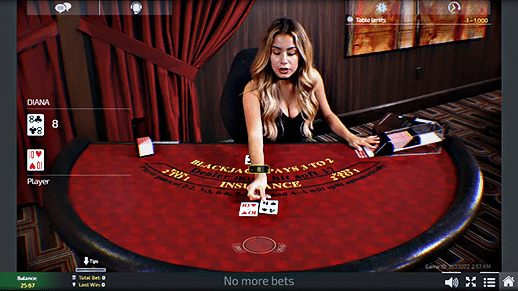 How it works is that a single communal hand is dealt on the table, with the standard options of hit, stand, or double available to each player separately.

Let’s say a player chooses to stand. Players may be confounded to see another card being drawn. However, the value of the new card (and any subsequent cards) will only apply to the total of players who hit or doubled. Thus, it is possible for a player’s hand to remain in play after other players have busted.

As a Blackjack variant, the rules are moderately favorable. Doubling is allowed on any two cards, and also after splitting. The game is played with an eight-deck shoe, and the dealer hits on a soft 17, which is the same rule other Live Dealer Blackjack games currently offer.

Also, there are two side bet options, Perfect Pair and 21+3, but savvy players will want to avoid these, as the returns are less than desirable. Play them for entertainment value only.

The one unique aspect necessary for the community cards to work is the auto-split rule. Any time the players are dealt 2-2, 3-3, 6-6, 7-7, 8-8, or A-A, the hand is automatically split. Any other pair is never split, and the hand will only split once.

Admittedly, that’s not a great rule. Splitting 6s against, say, a 10 is an atrocious play, while splitting 9s against an 18 is favorable for the player. So in order to counterbalance this negative, each player has a choice to double their bet and play both split hands or stick only with the first, but the split always happens on the table.

Thanks to the decent house rules, the game has a supposed return percentage of 99.56%, making it an OK Blackjack game. Golden Nugget’s other Live Dealer Blackjack games offer a return of around 99.3%, giving Unlimited an advantage.

Under this rule set, card counting would normally be worth consideration — that is, it would be if the shoe penetration wasn’t roughly 50%.

As for how this game differs from usual Blackjack: It really doesn’t. Hands play out pretty much exactly as they normally would if a player were seated at a table alone. The only unique aspects are the split rules, and the fact that players who stand may get to see the card that would have been theirs in another universe, had different decisions been made. Liken it to a rabbit hunt in poker.

Having the choice of which hands to split taken away from the player is unfortunate, but thankfully the automatically applied strategy is as optimal as the circumstances allow. For inexperienced players, it may even be a benefit, most of the time preventing them from making a bad strategic move.

It is somewhat surprising Golden Nugget would offer a game with better odds than its other higher stakes Live Blackjacks. While the other tables require minimums of $10 to $50 and top out at $2,000, Live Unlimited has a minimum bet of $1 and a maximum of $1,000. We believe the reason the minimum is set so low is because the table can service a theoretically infinite number of players, whereas regular Blackjack games can only seat seven gamblers.

Of course, in the end, the true advantage of this game is for the exact target demographic it is intended for: Blackjack fans who much prefer the Live Dealer experience but who wind up online during peak hours and might not be able to get onto a table.

It was a smart move by Golden Nugget to once again expand its Live Dealer options, as the format keeps growing more popular and lucrative. It’s also beneficial for the site to continue supporting a few exclusive options, ahead of other sites finally coming on board with the idea.

Live Unlimited Blackjack is technically not a new invention, as the variation has been tested and proven in online casinos in Europe, but as the first site in New Jersey to offer it, Golden Nugget has taken a very intelligent step to improve its game library, which now spans more than 550 games. From this point on it will be possible for the operator to stop worrying about needing any additional Live Blackjack tables, solving a problem that its long awaited Bet Behind feature was intended to mitigate. We may still see Bet Behind soon, but the urgency isn’t quite what it was.

Now perhaps Golden Nugget can focus on preparing a totally different type of Live Dealer game for their next new release. 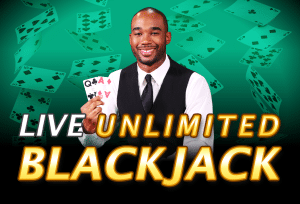 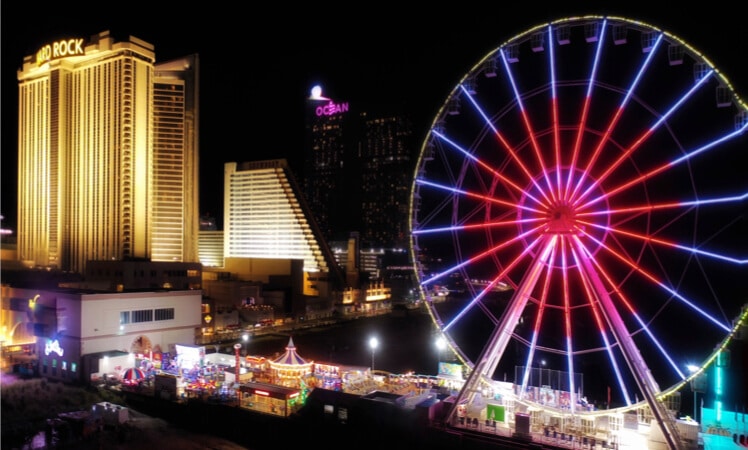