Superbook Preps For Its First March Madness In New Jersey 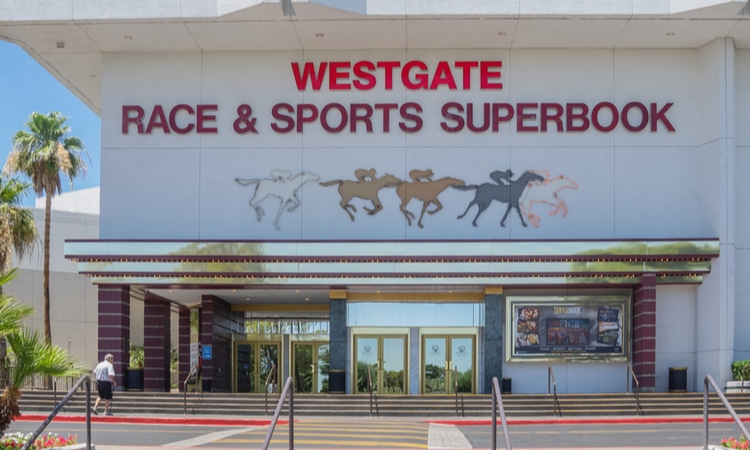 For the more than a dozen sportsbooks in New Jersey that don’t have the name recognition of market leaders like DraftKings, FanDuel, Caesars, or BetMGM, grabbing a foothold of market share can seem daunting.

And for “late arrivers” such as Westgate SuperBook — which just launched in the state last summer — the battle can be even more difficult.

But SuperBook had an advantage that some competitors did not — plenty of Garden State gamblers were waiting for the operator to come on board.

“Heading into it, we thought we would get a more educated player in New Jersey than many other jurisdictions,” SuperBook Sportsbook Manager Jay Kornegay told NJ Online Gambling Wednesday. “I had talked to other operators about what to expect. Casino gambling has been there for a long time, so there is a history. And so many people from New Jersey had visited our Las Vegas sportsbook, too, so our brand was very strong in the state.

“We had a steady stream of sign-ups right away, and that has continued.”

How big does a book need to be in NJ?

Kornegay knows the New Jersey market well, having publicly discussed the idea of expanding Superbook beyond Nevada as early as 2019.

“There were some logistics involved, so an agreement took some extra time,” said Kornegay, whose book is the third and final partner with the Meadowlands Racetrack along with FanDuel and PointsBet.

So how does a relative newcomer stand out in such a crowded marketplace?

“We knew that an educated patron base would be familiar with us offering better pricing and better odds,” Kornegay said.

With more than $1 billion having been wagered in New Jersey for each month from September through January, how far up the pecking order does SuperBook have to go to be successful?

“We have a target number that we look at for each jurisdiction,” Kornegay said. “We don’t have to be top three [in New Jersey], but the goal is top five or six — and we are right on pace for that. We view this as a marathon, not a sprint, and we are slowly gaining.”

Speculation that New York’s launch of mobile sports betting on Jan. 8 would strike a blow to New Jersey’s betting handle proved unfounded, at least in that first month.

New Jersey’s handle, or amount wagered, actually rose from $1.23 billion in December to $1.35 billion in January.

“I wasn’t sure what would happen in New Jersey, but I remember [similar concerns years ago] that the spread of legal sports betting would hurt Nevada were inaccurate,” Kornegay said. “The state has done nothing but set records. More people are exposed to it, and there is no place to bet like Las Vegas.”

He said he expects a robust betting handle for March Madness, which has its play-in games on Tuesday before the round of 64 takes place on March 17-18. Kornegay said that the bulk of Las Vegas wagers on the tournament take place on the opening weekend, given the large number of tourists who visit for it.

By the Monday night championship game date in April, about 95% of the total bets already have been placed, Kornegay said.

What’s next for SuperBook?

SuperBook receives many inquiries concerning if and when it will bring its Westgate Las Vegas SuperContest to New Jersey after 33 successful years in Nevada.

“We are working on that, and we would love to have it this fall,” Kornegay said. “We’re not a software provider, and it’s all about programming and software, so we have to rely on a third party.”

The SuperContest was adjusted a bit last year in Las Vegas, with the entry fee dropping from $1,500 to $1,000 and with the addition of in-season prizes. The “Gold” version continued to feature a $5,000 entry fee for high-rolling gamblers.

“We most likely would have the same format [in New Jersey], since so many people enjoy it,” Kornegay said. “We have tweaked the rules a little over the years, like now having more in-season prizes.”

While New Jersey was SuperBook’s second state, its betting also launched last December in Colorado and in Arizona. Tennessee will be next, Kornegay said, with SuperBook expected to debut online there in about six weeks.

“And I think we’ll be in a couple of other states by the time football season starts [in September],” Kornegay added. “Our philosophy is to operate in states that are regulation- and tax-friendly.”

Like many of its competitors, Superbook also might add online casino wagering to its menu in New Jersey, Kornegay said. 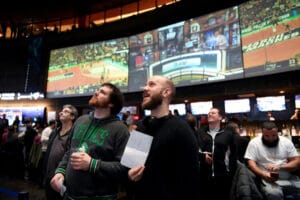