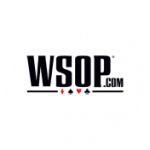 WSOP Poker NJ
76
* Please note - Our star ratings are based on our personal opinion of the gambling sites we work with. We also take customer feedback into account in our rankings.
100% DEPOSIT MATCH UP TO $1000 + welcome freeroll tickets

WSOP.com, named after the game’s most prestigious tournament series, the World Series of Poker, is one of the leading online poker rooms in New Jersey.

Their poker network, which pools players with 888 poker, is the first (and currently only) that makes use of the interstate compact which shares liquidity with Nevada and Delaware. This allows the site to have more, better table options and bigger tournaments than their local competitors.

While the liquidity boost the site has enjoyed since interstate traffic came into effect has awarded them a leg up, overall New Jersey traffic hasn’t significantly improved. It has merely shifted normal activity to favor the WSOP/888 network. While this is still an improvement and has allowed WSOP to become a better poker experience, the site would still benefit from some general upgrades that are long overdue.

This page will serve as our general take on the current WSOP experience. Let’s have a look.

To unlock your deposit bonus you’ll need to earn Action Player Points (APP) by playing in real-money cash games and tournaments. For every 100 APP earned, WSOP.com will release $10 of the bonus to your bankroll.

A wide selection of Hold‘em cash games are available with No Limit, Pot Limit, and Fixed Limit structures, along with several Omaha, Omaha Hi/Lo, Stud, and Stud Hi/Lo tables.

It’s worth noting that the majority of WSOP.com’s NLH cash tables will be shorthanded, 6-max. Full ring is only offered through NL $.25/$.50. The majority of the traffic falls at stakes of $2.50/$5 and under, though it’s not uncommon to see a few $5/$10 tables active in the lobby.

The tournament schedule is dotted with a variety offerings. Daily freerolls are available in the afternoon and late evening. Pot-limit Omaha events appear occasionally, and low buy-in No-Limit Hold’em tournaments are generally available around the clock.

The weekend schedule is particularly strong. The site’s flagship tournament, the $100,000 Guaranteed, runs each Sunday with a buy-in of $320 and unlimited re-entrys for the first 3 hours.

New Jersey’s poker environment has shifted in recent years to favor large tournament series, and WSOP is no exception. In November 2017, the site offered one of its biggest MTT series’ to date. The NJ Poker Classic guaranteed $500k across 38 events, exceeding all expectations. WSOP.com also does a great job of offering satellites to live poker tournaments, including World Series of Poker bracelet events.

WSOP.com NJ customers can even compete for real WSOP bracelets from anywhere in the state. In 2020, due to the COVID-19 pandemic the World Series in Las Vegas was put on hold. While a huge loss for the poker community, it’s resulted in a big opportunity for online players. From July 1 – September 6 the World Series of Poker will be hosting 85 online bracelet events – many of which will be available for players on WSOP NJ.

BLAST is WSOP’s take on the popular lottery-sng format.

BLAST poker is a great way to enjoy the WSOP.com SNG experience, with the thrill of a potentially massive pay day.

Prior to spring of 2018, the top position in the New Jersey market was shifting back-and-forth between WSOP and high-profile competitor PokerStars NJ. Neither seemed able to maintain the top position for long. However, thanks to the Interstate Liquidity compact WSOP has taken a step forward by merging their player base with both Nevada and Delaware. Several hundred players can regularly be found online during peak playing hours across the participating states.

The time difference between New Jersey and Nevada has also helped to extend the sites peak hours each evening. Overall this is a benefit, meaning there is a greater window of time in which to find a good cash table. Conversely, it can also result in later starts to some of the better multi-table tournaments, leading to some long nights for NJ players.

It should also be noted that the increase in liquidity and access to players in other states has also brought with it an influx of talent, so success at the table may be harder for average players than it was before.

The WSOP NJ rake structure is based on the number of players at the table and the size of the blinds. The full schedule with maximum rake per hand is available at www.wsop.com.

WSOP NJ constantly runs numerous promotions, focused on both high and low volume players. While the specifics are always changing, common examples are:

WSOP.com offers a rewards program known as the Action Club. Players earn Action Player Points (APPs) automatically from participating in real-money hands: for every $1 collected in rake from your table, regardless of the winner, you will receive 2 APPs. This means points are earned even when you lose, as opposed to most poker rooms where rewards are only earned from your own rake.

2 APPs are also earned for every $1 you spend on tournament fees, or 1 APP for every $16 wagered on WSOP casino games.

Once you hit the Bronze tier, you will earn WSOP Points for every APP (on a sliding scale based on tier level). You can convert WSOP Points into cash rewards at any time (minimum of 1000) at a rate of 100 points for $1.

Here are the tier requirements in APPs needed to level up and point multipliers at each level:

The top level requirements, while still high, are are much easier to reach than WSOP NJ’s previous loyalty program. Also, new players moving to WSOP.com from another site can request a “Comparable Tier Match Request” to begin at a similar level to that earned at the other poker room.

Additionally, for every APP earned in the Action Club you will also receive 1 Tier Credit for the Total Rewards program shared by other Caesars Entertainment properties. Therefore, it’s possible to advance your Total Rewards tier and your Action Club status at the same time.

Withdrawal options are limited to the following, and are typically only available if they have been used for a deposit first:

The World Series of Poker is the most widely known brand in the poker industry. The Series was born in 1970, when casino mogul Benny Binion invited seven renowned players to the Horseshoe to compete. Participants played in a timed poker event, and later voted poker legend Johnny Moss the champion by secret ballot.

Today the WSOP is a massive annual celebration of poker culture, with dozens of events over two summer months in Las Vegas, the crown jewel of which is the famous Main Event.

In 2013, after New Jersey legalized online gambling WSOP NJ became licensed through its parent company, Caesars Entertainment. Caesars also partnered with 888 NJ, which provides the software that powers each for both casino and poker games. Later on the two poker networks merged for improved liquidity.

In May of 2018 interstate pooling was approved, allowing WSOP NJ players to compete against those on WSOP NV. This greatly helped the WSOP/888 combo to gain market dominance over Pokerstars NJ and the Party/Borgata/BetMGM network.

As opposed to most casino sites that now offer a web interface, WSOP’s poker room is still limited to either an installed desktop application for computer access, or the mobile app for phone and tablet users.

WSOP appears to have prioritized function over form, which is not unwise considering its uptick in traffic, but the design and overall look of the lobby, tables, and UI are dated and overdue for improvement. Player experience is stable and generally free of lag, so they get a passing grade on performance, but more recent rooms to join the market are functional while offering better visuals and more customization options.

Still, the interface is at least adequate. The lobby offers filters to find and sort tables and tournaments. Wait lists are available for cash games, and details on recent Sit & Go jackpots are tracked. Tables can be customized by themes, and offer preferred seating and bet presets. Games run smooth and multi-tabling is easy enough. 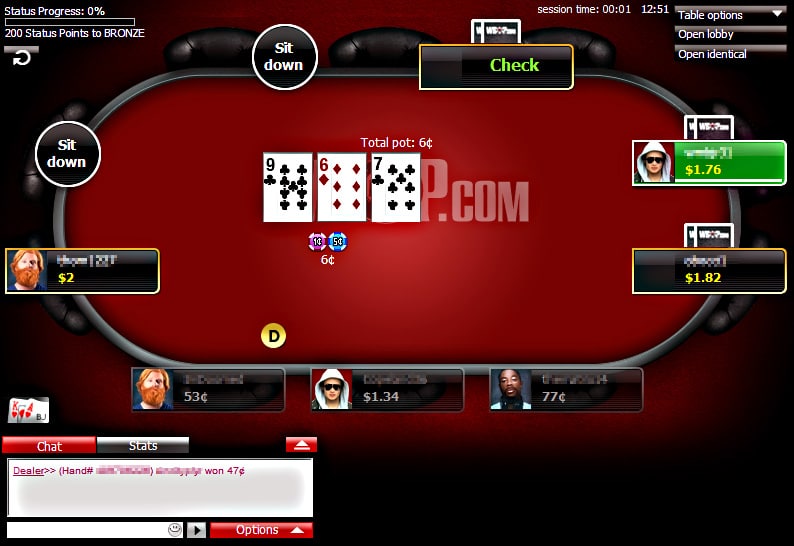 The WSOP NJ mobile app has a more modern feel than the desktop software, with a somewhat updated and improved interface. The UI is intuitive and the spartan aesthetics feature sharp contrast on the buttons. Stability appears to be slightly less than on the desktop version with a small increase in disconnects, but generally if you are on a strong network then play won’t be interrupted often.

Cash games, Sit & Gos, and Multi-table tournaments are all available via iOS or Android. Full cashier access is also present, although you are directed to a web browser to complete transactions. 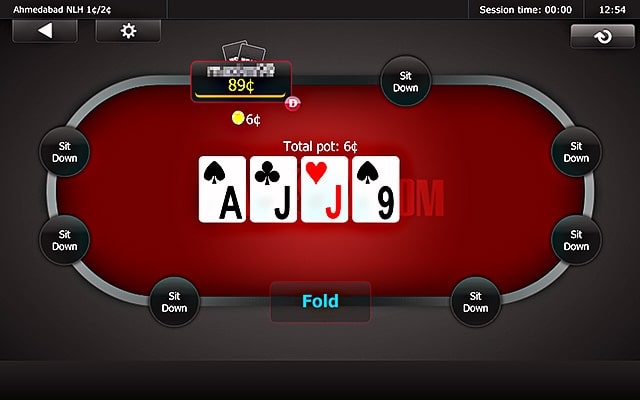 With a little patience and persistence, you’ll find email support to be your best bet: njsupport@wsop.com is the point of contact for players in the Garden State. Additionally, the site features a decent FAQ Help Desk which may already have answers to your questions.