Key distinction between the two is the difference in tax rate 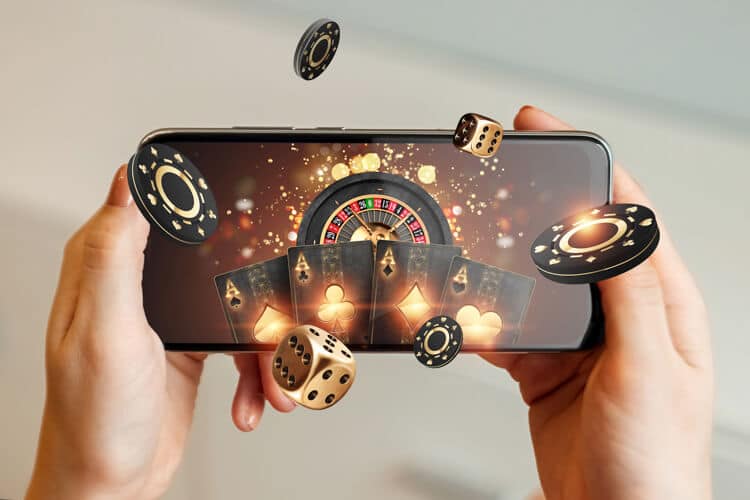 Online casino games in New Jersey have a long way to go before they ever catch up to revenues (in a non-pandemic era) produced the old-fashioned way: from customers showing up at the nine Atlantic City casinos and doing their gambling there. But the online version has taken the lead in an important way for state residents, as more tax dollars are flowing into the New Jersey Treasury that way.

Since the launch of online casino play in 2013, operators have paid 15% of gross online casino revenue in taxes. In September, for instance, a record $122.6 million in revenue produced a record $18.5 million in taxes, per the state Division of Gaming Enforcement report released Monday.

The Atlantic City casinos checked in with $248.5 million. But with a mere 8% gross revenue tax, the total tariff to the state was slightly less than online casino at $17.3 million. And for all the headlines sports betting enjoys — including on Monday, when New Jersey became the first U.S. state to take in $1 billion in legal bets in a single month — the state takes in fewer tax dollars from that activity.

The $1.01 billion in bets produced $82.4 million in gross revenue and $10.2 million in taxes. More than 90% of that figure is from the 13% mobile sports betting tax, with under $1 million coming from the 8.5% tax on revenues from retail sportsbooks.

The next billion-dollar domino to fall

Online casino gaming in New Jersey has produced $988.7 million for operators in 2021 and, unlike brick-and-mortar, its numbers actually increase from adverse conditions ranging from severe weather to a pandemic. That’s because many consumers who prefer to gamble in person have learned that there is an alternative available without ever leaving the house.

At the current rate, online casino will finish the year at around $1.34 billion in revenue and more than $200 million paid to the state in taxes. Only a handful of other states — including Pennsylvania and Michigan — also collect gaming tax revenue through iCasinos. The total tax haul for New Jersey for the calendar year from retail casinos, online casino play, and sports betting should come within a whisker of $500 million.

There are three big players — Borgata ($45.7 million), Golden Nugget ($41.5 million), and Resorts ($30 million) — in online casino tax payments for the year, with each casino having multiple operators as partners.

Ranking the AC casinos and tracks

On the traditional casino front, the Borgata, Hard Rock and Ocean casinos — the last of those three now half-owned by the prominent Ilitch family of Detroit — maintained their 1-2-3 order in terms of revenue in September. Harrah’s, Tropicana, and Caesars are ranked 4-5-6 both for the month and for the year, with Resorts, Bally’s, and Golden Nugget bringing up the rear.

The Meadowlands Racetrack’s sports betting figure, mostly powered by the FanDuel and PointsBet apps, accounted for a sliver over 50% of the sports betting revenue generated in the state last month. That’s a step down from the group’s overall 2021 dominance.

After generating just $1.7 million all year in sports betting revenue, Freehold Raceway made a dramatic stride in September, the first full month of its new partnership with Barstool Sports. The $4.3 million produced mainly by Barstool in September alone pulled Freehold past the third state racetrack, Monmouth Park ($2.9 million), for the month.

Finally, the year-to-date win rate for sports betting stands at 7.4% through eight months. That’s boosted by a healthy 17.6% hold on multi-tier parlay betting, while wagers on baseball, football, and basketball range from 3.8% to 4% in 2021.