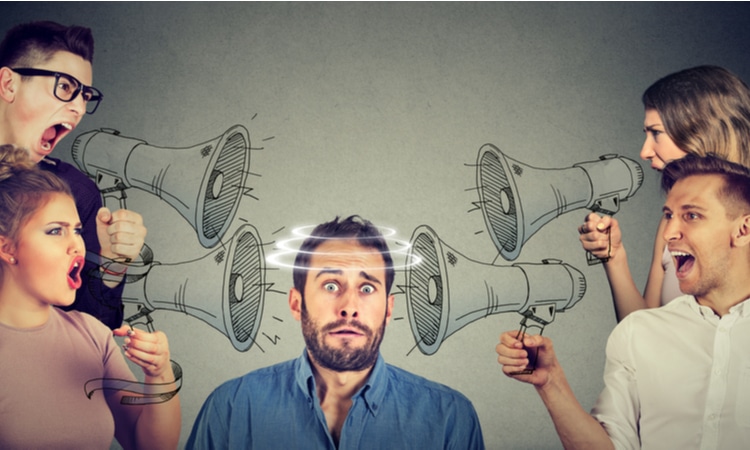 New Jersey regulators were virtually all alone in a brave new world back in late 2013 when the state allowed the launch of legal online casino sites.

Nevada had recently begun permitting online poker, but the ubiquity of brick-and-mortar casinos nearby for most of that state’s residents made it a niche product. Same for Delaware, which launched almost simultaneously with New Jersey — but only via a state lottery-run platform.

State Division of Gaming Enforcement Director David Rebuck reminisced about those days Monday during a “power lunch” panel called “The Do’s and Don’ts of Advertising and iGaming.” The discussion was sponsored by the GeoComply geolocation firm and the iDevelopment and Economic Association, a nonprofit association that seeks to grow online gambling in the U.S.

“For the first two years of online gambling in New Jersey, I made my staff review and approve every promotional plan that was going to be offered to customers,” Rebuck recalled. “It was overwhelming.

“We thought that after two years, we’d at least have people understand what our expectations were on promotions, and we needed to move people off” such direct oversight, Rebuck added. “Now, instead of the proactive way, we react.”

With nearly two dozen sports betting operators now active in New Jersey since the first mobile sportsbooks launched in mid-2018, Rebuck wonders if the newer industry is willing to self-police to a sufficient level, given the volume of aggressive advertising.

“Do I have to go back to what I did in 2014 and 2015, and even into 2016, and say, ‘Sorry, companies, no promotions unless it is first approved by the state of New Jersey?’ … That would be a very challenging responsibility for the state, but if I am forced to … you’re gonna do it.”

So how can operators avoid such a high level of state oversight? Rebuck offered some tips.

“Don’t allow your marketing staff to operate unchecked. They can get you in a lot of trouble, because they have different objectives and different views on how to do things.

Rebuck referenced what he called the “fantasy sports ad wars” of 2015, when DraftKings and FanDuel — battling for market share of the burgeoning daily fantasy sports industry — figuratively wallpapered televised sporting events with commercials.

The backlash that occurred at that time, Rebuck said, should be kept in mind today by potentially overzealous sports betting operators.

“If the industry does not step in and control itself, the government will step in and create standards that they may not want,” Rebuck said.

Strict regulations that exist on tobacco and alcohol advertising, Rebuck said, could be “a lesson to be learned for gaming companies” in taking precautions to avoid promoting themselves to underage individuals or those in the “at-risk” gambling category.

“As a regulator, something I deal with constantly is the accuracy of promotions, including billboards and mass mailings, where the message sometimes is hard to understand.”

Heavy criticism of rampant gambling advertising in the United Kingdom is something to be noted by American companies, Rebuck said, although he added that the gambling culture across the pond is significantly different than here.

‘Friendly fire’ from a supporter of the gaming industry

While groups opposed to gambling legalization might not raise an eyebrow within the industry, Rebuck recommended paying attention to others with valid concerns.

“In the state of New Jersey, one of the strongest advocates supporting gaming [legalization] was Senator Ray Lesniak,” Rebuck said of the now-retired Union County lawmaker. “But when I hear from him, he’s calling me about advertising, and an ad that he thinks might be inappropriate — and that is from a person who is a huge advocate of allowing for legal online gambling in the U.S.”

(When notified of Rebuck’s comment by njonlinegambling.com, Lesniak replied, “Cool — I’ve expressed my concerns to him.”)

“The industry needs to pull themselves together and establish best practices,” Rebuck advised. “I’d rather have them come to me, [saying] that ‘These are what we believe are best practices.’

“You shouldn’t be waiting for regulators to drive the bus on this,” he added. “You should be at the head of the table, doing the actions that need to be done with your vendors, with your contractors. Don’t go on a race to the bottom — try to do your best practices and race to the top.”

Rebuck’s sentiments were backed by fellow panelist Daniel Hartman, the director of the Colorado Division of Gaming, where a similarly robust mobile sports betting competitive market is in place.

“We are starting to get a little bit of feedback from legislators and from other folks who are saying, ‘There’s too much [advertising], we really didn’t expect this much,'” Hartman said. “They really do need to find a balance, because the last thing you want is to have advertising legislated.”

Hartman added that it is important for operators to share information with third-party vendors about who is on “self-exclusion lists” for those who do not want to be lured back into gambling via targeted advertising to them. Another issue, he said, is advertising at college football stadiums, when so many in the crowd are under age 21.

Rebuck has taken a hard line before

The strong sentiments expressed this week by Rebuck are reminiscent of earlier days of legal gambling in the state.

In late 2018, Rebuck spoke at the Global Gaming Expo in Las Vegas about a FanDuel error on its live odds late in a Broncos-Raiders game that led to an $82,000 “easy money” win for a sharp-eyed gambler at the Meadowlands Racetrack. FanDuel at first refused to pay, but it relented within days.

“We had a very heart-to-heart discussion with FanDuel/Paddy Power/Betfair representatives that maybe we made a mistake,” Rebuck said at the time. “Maybe we approved internal controls, safeguards, to prevent this from happening that were not strong enough. After further heart-to-heart discussions on actions to be taken both with regard to the event itself and future actions, we came to a strong consensus. All patrons were paid in full.”

Rebuck said the incident, while a “hiccup” for his agency, at least established the rules of engagement for the future.

“One thing we did do is we ended forever the European understanding that we have this ‘safe haven’ for mistakes they make,” Rebuck said. “In the U.S., our laws are different. We offer protections that are stronger for customers and consumers.

“There is no safe haven for companies that make mistakes, whether negligence or gross negligence — and there [are] consequences to that, so you’d better be better at what you’re doing, re-look at your internal controls, reduce your risk.”