Will Jessica Springsteen Find The Promised Land This Week At The Olympics? 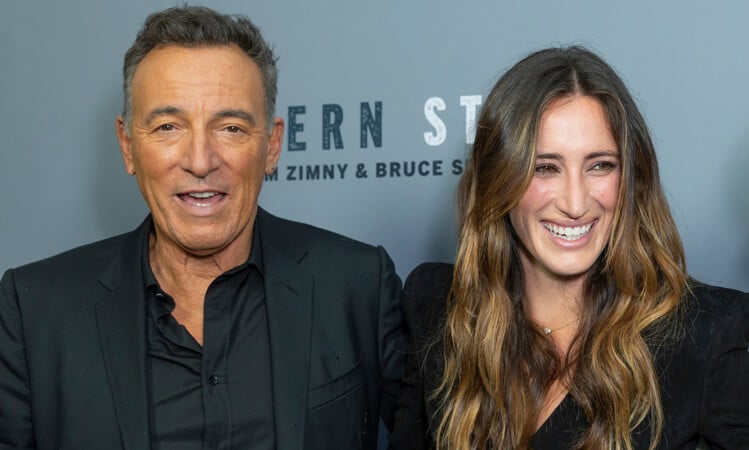 Even if your machine is a dud, stuck in the mud somewhere in the swamps of Jersey, you can still bet real money at regulated sportsbooks on Jessica Springsteen to win Olympic gold, thanks to the magic of mobile betting.

Yes, that’s right, the second child and only daughter of local hero Bruce Springsteen and slightly less iconic but still notable Jersey girl Patti Scialfa is competing in the Tokyo Olympics, having qualified for the equestrian event known as “show jumping.” Jessica was born in the U.S.A. so that’s the team she’ll be representing, and ever since her parents took a leap of faith letting her ride horses, she’s been working on a dream to be among the best in the world.

Before we go any further: Yes, this article will be written largely using song titles and lyrics by “The Boss.” Unapologetically. You could theoretically close the article now because of what a hacky writing technique this is, but admit it: You want to read on and see just how awful it gets.

Springsteen, 29, competes in Tokyo on Tuesday, with hopes of medaling both individually and in the team competition. The window of opportunity to wager on her in the individual event won’t be open much longer, closing at 8 p.m. ET Monday at DraftKings Sportsbook and the following morning at 6 a.m. ET at FanDuel. And the latter is where you’ll find the biggest payout if you have high hopes that she’s the one.

Here’s a sampling of the gold medal odds at DraftKings, FanDuel, BetMGM, and SugarHouse showing the favorite in this co-ed competition, Martin Fuchs of Switzerland, as well as the three Americans, Kent Farrington, Laura Kraut, and the no. 14-ranked jumper in the world, Springsteen:

Clearly, Springsteen is not viewed as a serious contender for the gold. Even if she had 41 shots at running the course, that might not be enough. She likely isn’t coming into the Olympics with a defeatist, “I’m goin’ down” attitude, but even Springsteen must realize that, at odds between 40/1 and 50/1, she’s a longshot to make it to the promised land.

But if she does happen to reach the land of hope and dreams, anyone who bet on the daughter of New Jersey’s favorite son at those high payout prices will be holding a ticket to lucky town.

Jessica didn’t do her growin’ up on the Cadillac Ranch, but she has been riding horses since age 4. Given that teammate Kraut is 55 years old and still competing at the Olympics, Springsteen’s glory days likely haven’t passed her by yet.

If she does happen to prove tougher than the rest of the competition, Springsteen won’t be taking one step up on the podium all by herself. Much like her dad often needed the backing of the E Street Band, Jessica will have to rely on her 12-year-old stallion Don Juan van de Donkhoeve to jump a little lighter. (There’s a Van Zandt/van de Donkhoeve joke to be made, perhaps, but this writer’s ability to stretch for a reputation-killing article gimmick only goes so far.)

No retreat, no surrender

If Springsteen doesn’t medal in the individual competition, the good news is it isn’t an all or nothin’ at all situation. She also has the team competition, where bettors will absolutely have a reason to believe in Team USA.

The American jumpers ain’t quite the gold medal favorites, but, hey, they’re alright:

(Every country other than those top nine is 100/1 or higher at every legal NJ sportsbook.)

Clearly, the team competition offers the best chance of a Springsteen bringing a medal back to New Jersey. And unlike the question of whether Bruce sings “sways” or “waves” in “Thunder Road,” this one will have a definitive answer. Perhaps it will be one that turns $100 into $375 for patriotic bettors.