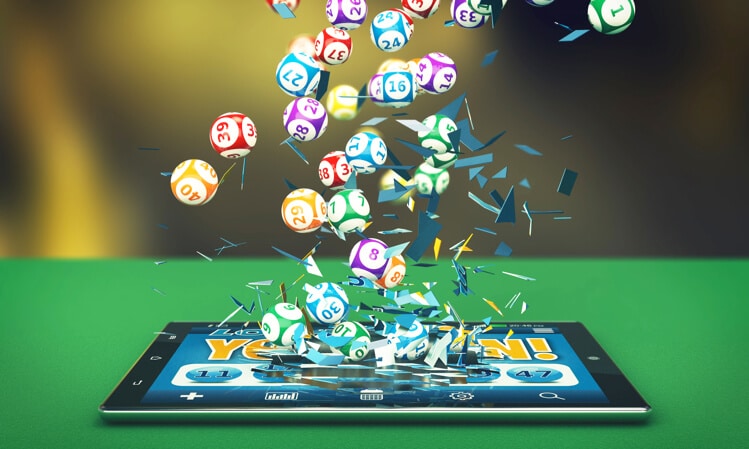 When New Jersey native Peter Sullivan helped get his father an iPhone 5 eight years ago, it seemed nearly everything would be available via that mobile device.

But Sullivan’s father right away noticed something missing: Why couldn’t he, an avid lottery player, buy his tickets online, too?

And so a company called Jackpocket was born, as Sullivan — who has an economics degree from Rutgers and experience in graphic design, surety bond sales, and technology company startups  — decided to create a product to satisfy the needs of his dad as well as others.

That made Jackpocket the first officially licensed — in New Jersey and New York — third-party lottery app in the U.S., with sales availability in nearly every state because of a lack of prohibitions on such sales (except in Virginia, Wisconsin, and Indiana).

“Most lottery laws are silent on how business is conducted, but in New York and New Jersey, we have the specific licensing framework,” Sullivan, who grew up in West Milford in northern New Jersey, told NJ Online Gambling on Monday. “We have the same consumer protections and standards in every state, though.”

Jackpocket also is “live” in Arkansas, Colorado, Minnesota, New Hampshire, Ohio, Oregon, Texas, and Washington, D.C., and Sullivan said the goal is to add several more states this year and to expand further in 2022.

The number of states that are legalizing mobile sports betting and online casino games continues to grow, and Sullivan said there is “starting to be more of a correlation” with that expansion and with receptivity by consumers for online lottery play.

Jackpocket just went live in New York in January, and Sullivan said in the first month, 8% of Mega Millions and Powerball sales came via his company’s product. In New Jersey — as with many gambling options, a pioneer in this sector — Jackpocket launched with state endorsement in December 2019. In the case of some major jackpots, Sullivan said 10% of sales there come via jackpocket.

Minnesota, Sullivan noted, had the first million-dollar lottery winner for his company in 2018 — and local media reported on the story.

The second million-dollar winner — who lost their job during the pandemic — won four months ago in New Jersey. That prize is $1,000 per week for life.

Targeting a new customer base

The idea of having to visit a local convenience store to buy a lottery ticket — or anything, really — is foreign to the young consumer demographic. Sullivan said that ads on Snapchat that promise free tickets to those who refer friends to sign up for the program have proven popular.

But how much does it cost?

Sullivan said that Jackpocket charges a 9% fee on each deposit — but if a ticket wins, the consumer keeps all of the winnings (minus the IRS charge for wins over $600).

He points with pride to the company’s endorsement from the National Council on Problem Gambling for its efforts on that front. The Jackpocket app features daily deposit and spend limits, an option to self-exclude from play, and in-app access to NCPG’s resources and support hotline. Jackpocket also promotes responsible gaming through its website, blog, social media pages, newsletters, and ads.

“We take this issue very seriously,” said Sullivan, adding that in New York, those who self-exclude from play at licensed casinos also are removed from the Jackpocket database so they won’t receive enticements to play online lottery, either.

Earlier this month, Lotto.com launched in New Jersey touting its partnership with convenience store company QuickChek and the fact that there is “no app needed and also no need to open an account with funds from which to draw down. Instead, it’s pay-as-you-go.” Of course, for a younger demographic, an app seems “needed” for almost all economic and social activity.

Sullivan touted his company’s responsible gambling track record, the ability to sign up for recurring subscriptions, and a “pool with friends” feature as differentiators.

The subscription option is convenient for customers who might only want to wager when a multi-state jackpot hits $100 million, $200 million, or whatever milestone the customer chooses, with a pre-set amount coming from the customer’s account at that point.

The “pool with friends” is a relief for anyone who has ever run an office lottery pool. Plenty of lawsuits have been filed over multimillion-dollar jackpots by office mates who either claim to have contributed to the weekly payment or who note that they are regular players who might just have missed that one week.

That feature doesn’t yet exist in New Jersey or New York, but Sullivan said the company is working on it. A traditional website format, he added, is coming “in a few months” for those who prefer that form of commerce.

Sullivan said the lack of opposition to his business is due to the fact that each state gains incremental tax revenue from his operations because most customers were not previously lottery ticket buyers.

“It doesn’t cost the state anything for us to operate,” Sullivan said.

What’s next? Sullivan said that the current situation involves simply moving brick-and-mortar ticket games onto smartphones. The next iterations figure to be more social gaming-based, with no tether to the 7-11 store ticket format, to appeal to a younger audience that expects a modern format. 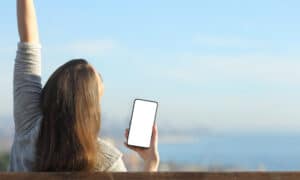 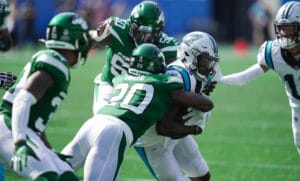 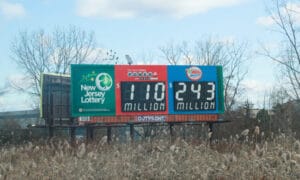 Online Lottery Ticket Purchases Just Got Even Easier In NJ