FanDuel refunded bets on Max Holloway after his controversial loss, but the decision could have gone either way and wasn't a bad beat. 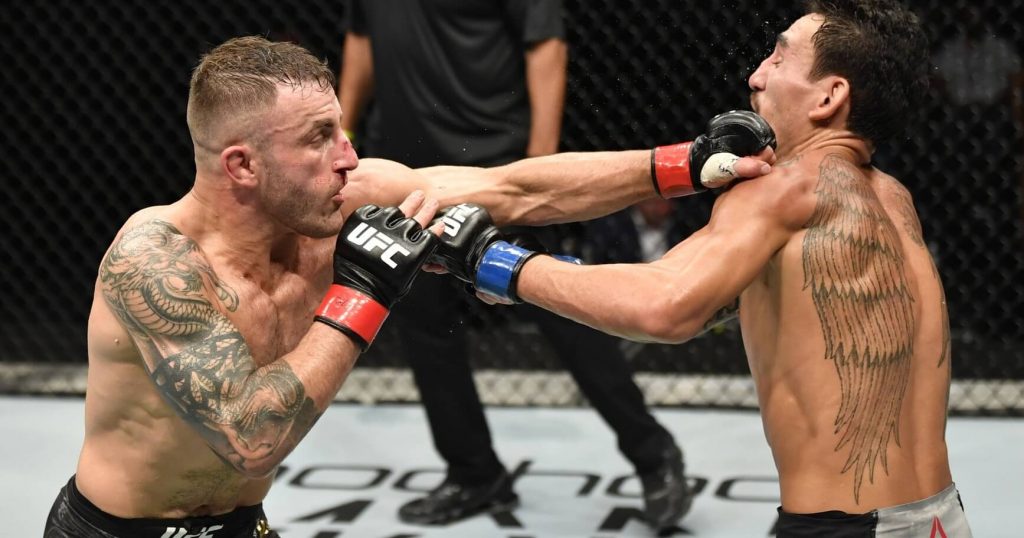 A controversial decision on Saturday night at UFC 251 has one New Jersey sportsbook finding an opportunity for some positive press.

FanDuel Sportsbook said Monday that it has refunded pre-fight straight bets on Max Holloway to win or win by decision. The refunds are in site credit. Holloway was around a +160 underdog to win the fight, and him winning on the scorecards was around +290.

Anyone betting on Holloway by decision was surely tilted.

The Hawaiian fighter was seeking to reclaim his featherweight belt against Alexander Volkanovski, who beat him relatively convincingly in their first fight in December. Holloway lost in a split decision on Saturday, with many MMA fans and insiders believing that he won.

FanDuel labeled the result a “bad beat” for its customers.

Not everyone thinks Holloway clearly won. He did enough to win, but he wasn’t cheated out of a victory.

It came down to the third round, and on closer inspection some MMA observers gave that round to Volkanovski by the slimmest of margins. Most people saw Holloway winning the first two and his opponent winning the fourth and fifth. At the end of the day, it definitely wasn’t a robbery.

Still, Holloway is a fan favorite, and many people were rooting for him to reclaim the belt he held for years before finally losing late last year. A victory on Saturday would have set up a trilogy fight against Volkanovski, so that disappointment probably fueled the belief that Holloway squeezed out a win.

It’s also worth noting that with UFC being one of the few live sports on TV, many more casual fans are tuning in. Casuals are more likely to view Holloway’s loss as a robbery, when in fact it wasn’t. It was razor thin and could have gone either way, but it wasn’t that bad.

So, was it really a bad beat? Probably not. In poker terms, it was like your pocket queens losing on the river to A-K. It happens. You can tell your “bad beat” story, but you’ll find people zoning you out.

MMA is an emotional sport and so is watching it. The razor-thin loss could dramatically alter the trajectory of the later stages of Holloway’s storied career. It’s hard to put him in the G.O.A.T conversation in the featherweight division with back-to-back losses to Volkanovski.

Some reporters apparently were receiving threats for saying the decision could have gone either way.

Just landed in Vegas for another quarantine and was told some guys in the media are receiving threats for saying my fight was not a robbery. This is not ok. I appreciate everyone who wants to ride for me but that ain't it.

UFC President Dana White remarked after the fight that there was “bad judging.” It’s impossible to take White’s comments at face value. White is notorious for deception, and he probably was eyeing a trilogy. Holloway has long been the star of the division, and the UFC is certainly looking to maximize the revenue it can generate off of Holloway before he potentially starts a precipitous decline.

Marketing is the name of the game. It’s much harder to sell a trilogy with it being 2-0 Volkanovski.

Holloway is only 28, but the miles are high on him, and the division is full of sharks that now pose huge challenges for him. He’s no longer a seemingly unstoppable force in the division after taking an immense amount of damage since entering the UFC in 2012.

White also surely looked at the fan reaction prior to the post-fight press conference and made the call to go with the public sentiment, as opposed to defending the decision and boosting Volkanovski’s stock. White’s comments are calculated.

So were FanDuel’s refunds. It was a nice gesture to customers.