Paddy Power Betfair and FanDuel are combining forces to create what they're calling the largest online sports destination in the U.S.

FanDuel and competitor DraftKings have insisted for years that their DFS offerings shouldn’t be defined as sports gambling, but since the Supreme Court’s reversal of PASPA, the companies have been less shy about entering this legal, regulated space. And FanDuel’s merger with Paddy Power Betfair is a massive leap forward on that front.

What’s in a name?

The merged company will be called FanDuel Group, with FanDuel CEO Matt King serving as CEO, an indication that all involved appreciate the established brand value of the FanDuel name.

And the timing couldn’t be better. New Jersey Governor Phil Murphy signed legal sports betting in the state into law on June 11, meaning we’re now at the end of the 30-day waiting period before online and mobile play can commence. Also, Betfair recently announced a long-term agreement to provide online, mobile, and retail sports betting products at Meadowlands Racetrack in NJ, and the FanDuel-branded sports book at Meadowlands opens this Saturday.

The FanDuel Group will be comprised of FanDuel, Betfair US, horse racing wagering brand and television network TVG, and DRAFT.

In an email to players, FanDuel said, “Today marks the beginning of a new phase in the evolution of sports gaming. We will bring together the shared talent, expertise, and resources of both companies to better serve all players and sports fans.” The email went on to clarify that players will not see any immediate changes to FanDuel, while promising there will be “new games, features, and a host of sports betting products for this NFL season.” Again, all involved seem to know what they’re doing timing-wise, as NFL kickoff is obviously a pivotal date on the sports betting calendar.

To date, not a single operator, including FanDuel, has unveiled a launch date for their NJ online sports book. It now appears that the first sites won’t be live until at least early August.

“The new company embodies the strengths of [horseracing network] TVG, Betfair US, and FanDuel and brings together the brilliant talent, technological expertise, and shared resources to capture the U.S. market opportunity in front of us,” said CEO King. “This is a pivotal time for the sports world in general, and we are poised to build upon our individual successes and join forces to build the best fan experience in the sports industry.”

According to the release, the combined business has a presence across 45 states, a customer base of 8 million people, and annual revenue of $265 million. 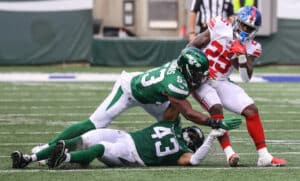 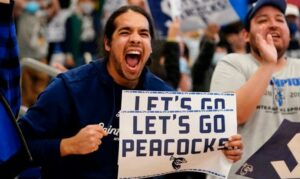