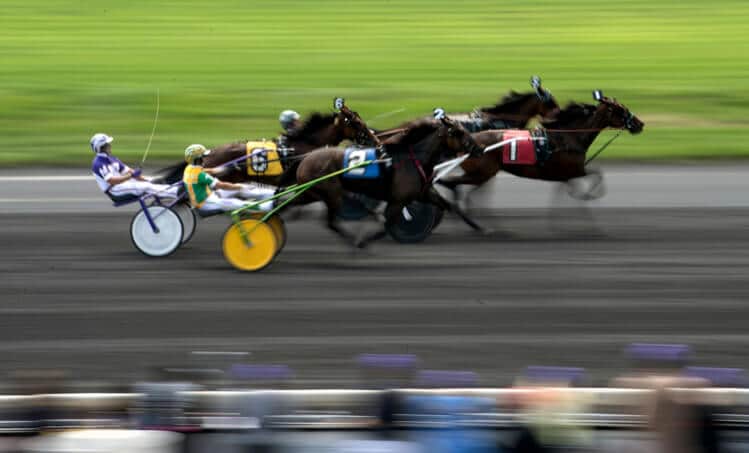 Jeff Gural, owner of the Meadowlands Racetrack as well as two upstate New York tracks, should not succeed in his bid to have a lawsuit against him dismissed, a handful of horsemen asserted in a filing on Thursday.

The dispute stems from a March 6 letter by Gural to a number of horsemen forcing them to sell any interest in horses associated with trainer Rene Allard, who was indicted as part of a massive federal roundup in March 2020 regarding alleged illegal drugging of prominent racehorses. Gural bankrolled a investigation into doping of horses as part of his effort to rid the sport of such scandal. But the lawsuit said Gural also has overstepped his bounds.

Yves Sarrazin, who owned 60% of Allard-trained 2019 Hambletonian Oaks winner When Dovescry, is one of the eight horsemen to sue Gural — along with minority owners Kapildeo Singh, Lawrence Dumain, and Bruce Soulsby. The men have asserted that they intended to race When Dovescry, who has earned more than $1 million in purse money, at the Meadowlands this year, as well as at Gural’s Tioga Downs and Vernon Downs.

But in the letter, Gural dictated that anyone who had stabled their non-racing horses at Allard’s stable would have all of their racehorses excluded from Gural’s three tracks for a minimum of three years.

The letter also dictated that anyone currently in a partnership with any such owner who did not divest themselves of their partnership interest within nine days would also be excluded for the same period of time.

“Thus, parties rushed to breach their partnership agreements with Plaintiffs and sell their interests so that they would not also become subject to Defendants’ ban from the premier track in all of harness racing and two other important racetracks,” the horsemen asserted in their latest filing.

“Defendants executed this group boycott against Plaintiffs even though Plaintiffs had no pending disciplinary action in any jurisdiction or any other action taken against their licenses. Moreover, Defendants did not enforce this ban equally” — with one owner alleged to have a “financial partnership” with Gural escaping the ban.

The horsemen added that Gural and others tried to “sanitize their illegal actions by attempting to smear Plaintiffs with the misdeeds of Rene Allard.”

“The breathtaking scope of Defendants’ ban shows that it was designed to limit or suppress competition, not to protect horse racing,” the complaint went on. “It is a rare antitrust case in which the Defendants announce their conspiracy to boycott competitors openly, in the press. Yet that is precisely what happened here. Therefore, Plaintiffs have stated a claim for relief, and Defendants’ motion to dismiss must be denied.

“Plaintiffs allege that the boycott produces a financial benefit for Gural, as Gural is a direct competitor of Plaintiffs, and there is no pro-competitive basis for the boycott as shown by the fact that VIP Racing was allowed to continue to participate in races. This is precisely why Plaintiffs were injured — they were forced to sell their horses in a fire sale or not only they, but their business partners who had absolutely no business dealings with Allard, would be excluded from the nation’s premier racetrack and two other major tracks for at least three years.”

The effort by Gural’s attorneys to have the case dismissed was because, they alleged, of plaintiffs’ “failure to state a claim upon which relief can be granted.”

The complaint against Allard alleges that “horses under Allard’s control had died after receiving adulterated and misbranded drugs.”

In 2019, Allard is alleged to have sent a text to a co-conspirator seeking “red acid,” a performing-enhancing drug well known in the industry for reducing inflammation in joints. Even so, the horsemen noted that “Allard has been permitted [by the Department of Justice] to continue working with horses at a stable in Florida, as long as the horses are not intended to participate in races.”

When Dovescry, under new ownership, finished third in last month’s prestigious Breeders Crown Mare Trot at the Meadowlands. The case against Allard continues to wind its way through a federal court. 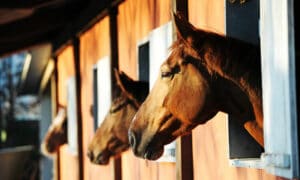