Winter Olympics Have A Touch Of NJ Flavor 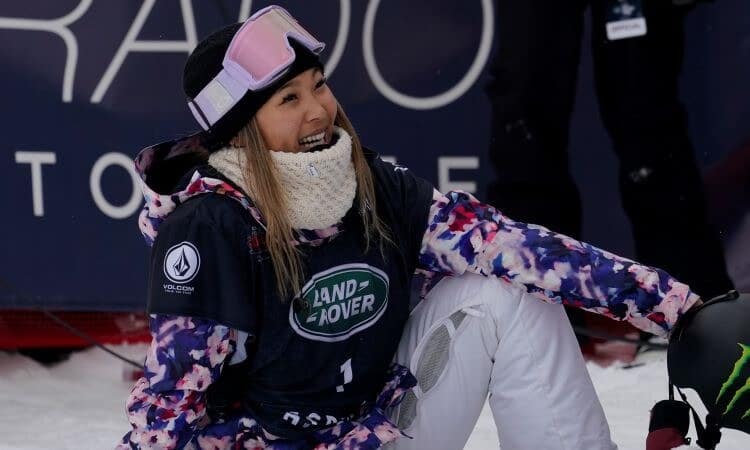 While more than a dozen athletes at the Winter Olympics now underway in China have New Jersey ties, don’t assume you can find all of them wearing the red, white, and blue of the U.S.

Instead, several will be competing for other countries in the next two weeks due to their family histories. Some of this group — whichever country they represent — have strong chances at winding up on the medal podium, while others are relative longshots.

Numerous states, including New Jersey, permit wagering on Olympic events. But in some cases, a betting board won’t be available until a day or so before the specific event is underway.

The “over/under” line on gold medals for the U.S. is 8 1/2 at several books. As a point of reference, Americans took home nine golds at the 2018 Winter Games in South Korea.

Norway, Germany, and Russia are considered likely to harvest more gold in China, with the U.S. competing closely with Canada for fourth most.

DraftKings bookmaker Johnny Avello appeared on the “Gamble On” podcast this week to talk about how many sports will feature lines and which are likely to draw the most betting interest.

The most prominent Winter Games athlete with a New Jersey connection is Chloe Kim, a former Princeton University student who won gold in the snowboard halfpipe competition in 2018 at just age 17. The feat got Kim onto the iconic Wheaties cereal box cover.

The Jersey-connected competitors with the next-best chances for medals are hockey players — including Princeton products Sarah Fillier and Claire Thompson, who combined for three goals in Canada’s opening win over Switzerland on Thursday.

The other Princetonian in the women’s hockey competition is Kim Newell, who is a goalie for China, the native country of Newell’s mother.

Yet another Princetonian, Max Véronneau, who has played in a dozen NHL games, will chase a medal as part of Canada’s men’s hockey team.

Mount Olive’s Kenny Agostino, meanwhile, will seek gold for the U.S. men’s hockey team. The Delbarton High graduate, who has eight goals in 86 NHL games spread over six seasons, qualified after the NHL declined to make its players available due to COVID-19 pandemic concerns.

NJ athletes across the Olympics board

The skeleton competitions include Princeton native Kelly Curtis on the women’s side and former Princeton University triple jumper Nathan Crompton for the men. Crompton will compete for American Samoa, while Curtis — who is in the U.S. Air Force — is the daughter of John Curtis, an 11th-round draft pick of the New York Jets in 1971 as a wide receiver.

The big  ticket item for many TV viewers is figure skating, and there are Jersey ties there as well.

Alexei Bychenko, who placed 11th on the men’s side in 2018, is a native of Ukraine who will be competing for Israel. Bychenko does his training in the town once made famous by Billy Joel — Hackensack.

Hailey Kops, a former West Orange resident who now lives and trains in Hackensack, will compete in the pairs competition with Evgeni Krasnopolski, a veteran of two previous Winter Games who also is now a Hackensack resident. They also will represent Israel, which has never had a medal-winning athlete in the Winter Olympics.

Three bobsledders with Jersey ties also are competing. Charlie Volker, a former star running back at Princeton, will be the brake man for the U.S.’s top four-man bobsled team. The Fair Haven native recently told The Asbury Park Press that he thinks a medal is a real possibility.

Hakeem Abdul-Sadoor of East Orange is back at it in bobsled for the U.S. team at age 34 after his teams placed 19th and 21st in 2018 Winter Games races. Wayne Valley High School and Rider University graduate Jazmine Fenlator-Victorian, a U.S. Olympian in 2014, is competing at age 36 for Jamaica in the Winter Games for a second time.

Long Branch native Meghan Tierney will compete in snowboard cross after shaking off a bout with COVID-19 in January.

Sarah Escobar, a 20-year-old not long out of Sparta High School, is about to make history in alpine skiing, as she is the first woman to compete in the Winter Olympics for Ecuador.