The Trump Plaza Hotel And Casino Implosion Set For Wednesday At 9 A.M.

The Trump Plaza Hotel and Casino, which has been shuttered since 2014, will finally be imploded after months of back and forth. 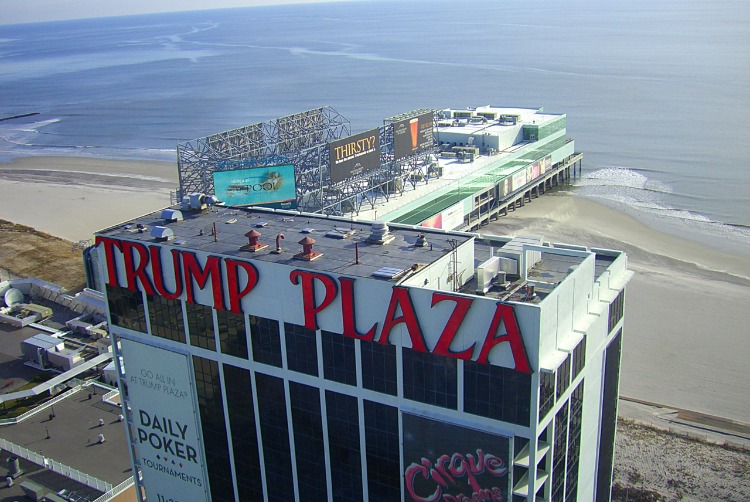 Welp, if you’ve seen one ex-president’s former crown jewel casino getting imploded after months of back and forth between an auction house, a charity, a billionaire, and Bette Midler, you’ve seen them all.

And yet here we are, as Wednesday at 9 a.m. will mark the grand finale of the most schadenfreude-y casino implosion imaginable, the taking down of the former Trump Plaza Hotel and Casino in Atlantic City.

The hotel — once owned by former President Donald Trump — will meet its inglorious end after a series of events that saw the mayor of Atlantic City disparage Trump, which led to a charitable auction that would have had the winner literally press the button to blow up the casino, which led to billionaire developer Carl Icahn (the current owner of the dilapidated property) having his lawyers send a cease-and-desist letter to the auction house, which led to Icahn himself donating $175,000 to the Atlantic City Boys & Girls Club, which led to a second auction for viewing rights of the implosion, which led to this very moment, where we are now mere hours from this saga finally being over.

Oh yeah: And there’s Bette Midler, who tweeted early in this adventure that she was going to pony up some cash to be the person to officially blow the Trump Plaza to kingdom come.

Guess what? #AtlanticCity is auctioning off the chance to push the button that blows up the #TrumpPlazaHotelAndCasino. Welp, there goes my daughter's inheritance. Sorry, honey, Mommy’s got an itchy demo finger!

Gone but not forgiven

“Some of Atlantic City’s iconic moments happened there, but on his way out, Donald Trump openly mocked Atlantic City, saying he made a lot of money and then got out,” Atlantic City Mayor Marty Small Sr. said back in December. “I wanted to use the demolition of this place to raise money for charity.”

The hotel, which was built in 1984, has been crumbling since it closed in 2014, but it wasn’t until mid-2020 that it was officially declared a public safety hazard by the city. That happened as a result of pieces of the facade flying off the building and onto the Boardwalk and streets below.

Icahn gained control of the hotel in 2016 when he assumed the debt of the bankrupt Trump Entertainment Resorts. The city took Icahn to court to get him to demolish the building, and the two sides quickly came to an agreement to tear the eyesore down. It was originally scheduled to be demolished Jan. 29, a mere nine days after Trump left the White House.

All the while, Atlantic City partnered with Bodnar’s Auctions, an Edison-based auction house, to sell off the opportunity to (again, quite literally) press the button that would implode the building. All money raised was going to go to the Boys & Girls Club.

Bidding got up to $175,000 online with two weeks to go, and Joe Bodnar, the owner of the auction house, was confident that number was going to rise once the auction went offline and went live, complete with a multitude of “Do I hear?” questions and a final “going, going, gone.”

As it turns out, the limit wasn’t the sky, but Icahn’s lawyers, who sent a cease-and-desist letter to Bodnar.

One auction closes, another opens

“At this time, we unfortunately have to announce the cancellation of this sale,” Bodnar wrote on his website. “Shortly after announcing the sale, the attorneys for IEP AC Plaza LLC, a subsidiary controlled by Icahn Enterprises, sent a letter stating that IEP AC Plaza LLC was not on board with the situation and would in no way participate or help facilitate, citing safety issues. After exhausting every avenue to bring the parties together to make this exciting event happen, we received the final decision from IEP AC Plaza LLC that we must cease and desist.”

A day later, Icahn came through with a $175,000 donation, and a second auction was held, this one simply to have front-row seats to Wednesday’s implosion. That raised an additional $16,000.

There is no word on what Icahn plans to do with the property post-implosion.

The last Atlantic City hotel-casino to be imploded was the Sands property in 2007.

Could Trump Plaza Site Become The Key To Renaissance of Atlantic City? 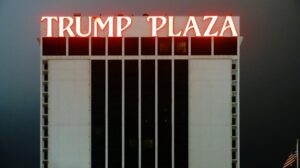