Bill barely staggers out of committee hearing, with no promise of continued support 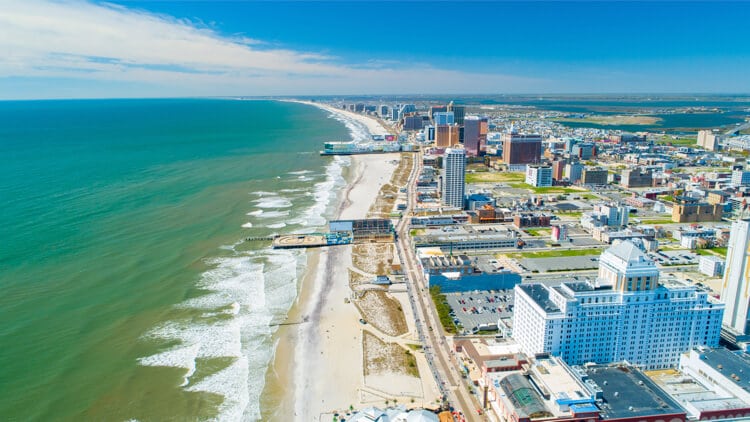 The script during post-election lame-duck sessions in Trenton has held up repeatedly over the past decade: State Senate President Stephen Sweeney confirms he has support from his Democratic colleagues on various committees to move a bill forward, and that’s that.

But the seismic upheaval on Election Day that has left Sweeney himself as a shocking lame duck seems to have had immediate consequences. For instance, a bill introduced on Monday in the Senate Community and Urban Affairs Committee had a rough go of it.

Ultimately, the bill, which would allow Atlantic City casinos to exempt gross gaming revenue from online casino gaming and mobile sports betting from their taxes, advanced by a 3-2 margin. But committee Chairman Sen. Troy Singleton stressed that he was “deeply concerned” about language in the bill and that he is “not committed” to another yes vote should the bill advance to a vote from the full Senate.

PILOT of a rudderless plane?

Five years ago, amid the closure of five Atlantic City casinos, a deal was reached whereby the casino industry would make a mostly locked-in set of annual payments called PILOTS (payment in lieu of taxes ), rather than a standard tax rate, for a period of 10 years.

With the industry in freefall, the idea was that a known cost for the casinos and revenue stream for the city — about $20 million annually — and Atlantic County would be beneficial to all. But in that span, sports betting — 90% of which takes place remotely — has been legalized and online casino play has grown exponentially.

Casino officials have griped that their PILOT payment should not include revenue from those secondary sources, because their partners in each sector take the lion’s share of the revenue for running the operations. Senate Bill 4007 would remove those revenues from the PILOT calculations, but that didn’t seem clear to those discussing the issue in Trenton.

Committee member Sen. Christopher Connors, an Ocean County Republican, asked if the bill excludes online casino gaming dollars from taxes. Caesars Entertainment executive Joe Tyrell did not offer a clear answer beyond simply saying that he supported the bill, and Singleton said he didn’t know, either.

“The point on internet [revenue] is significant, and needs to be further explored as to why that change has occurred,” Singleton said. “I know members will want to have a deeper discussion with the Senate President. I’ll vote to release this bill today, but I am not committed to voting for this bill on the floor.”

Opponents weigh in against bill

The first speaker at the meeting was Susan Altman, executive director of the Working Families Alliance.

“Casinos have certainly gotten more than their fair share of New Jersey’s largesse over the past several decades, and we certainly haven’t seen the trickle-down effect to Atlantic City that we were promised would be delivered,” Altman said. “I’m concerned that this is a bit of a fire sale being conducted in ‘lame duck’ and is giving gifts to friends as parting gifts.”

But Tyrell responded that the original PILOT deal “has actually saved Atlantic City.” The tax issue arose during the state Senate election battle between Democrat Vince Mazzeo and Republican Vince Polistina, the latter of whom opposed this tax break and won the election.

“You have twice now tried to take county taxpayer money and give it to the casino owners,” Polistina said to Mazzeo during a debate last month. “This latest one to eliminate online gaming revenue and sports gaming revenue from calculations for PILOT is irresponsible. There is no reason for giving more money to casino operators when [the city and county] have so many needs. If we could get casinos valued appropriately and go back to a regular property tax system, that would be the way to go.”

The one potential solution that has yet to be raised would be to have the casinos pay a PILOT on the portion of online casino and sports betting revenue they receive, while exempting the portion that goes to their operator partners. But as the confusing committee meeting showed, this bill still may have a long way to go.