Online betting in New York will bite into New Jersey's take, but is the threat overblown? 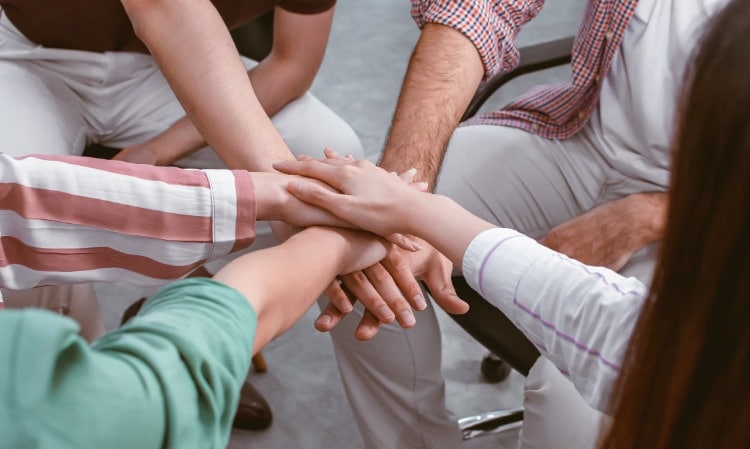 A lot of hay has been made in recent months about how New Jersey’s tax coffers are going to be a bit lighter going forward now that New York’s online sportsbooks are up and running.

Since the dawn of legalized betting in the Garden State in June of 2018, the state has taken in over $165 million in tax dollars from the sportsbooks, and estimates — most notably from Eilers & Krejcik, a gaming research firm — have had New Yorkers contributing between 20% and 25% of that number.

A sign of difficult times for the Giants’ offense as they run a QB sneak from their own 4-yard line on 3rd & 9 from this formation. pic.twitter.com/zFHSHsJikA

But what if it’s all a bit overblown, and what if New Jersey’s hit on handle, and thus, tax revenue, isn’t nearly as consequential as some are describing?

If that’s the case, the state will have the syndicates to thank.

At least that’s what one industry source with syndicate inside information thinks.

But first, as one might wonder, aren’t gambling syndicates — especially ones with out-of-state bettors — illegal to the highest degree due to the ban on proxy betting?

The answer is kinda-sorta yes. Messenger betting is illegal in New Jersey. A person in New Jersey cannot place bets in their sportsbook accounts for another person, New Jersey resident or not. It’s against both state and federal law.

Additionally, the sportsbooks make it clear in their terms and conditions that it’s not cool. DraftKings, for example, disallows “Colluding with any other individual(s) or engaging in any type of syndicate play.”

“Per New Jersey regulations, messenger or proxy betting is illegal in New Jersey, but the enforcement and detection of messenger betting is the responsibility of the operator,” the syndicate source said. “The simple way around it is to have the bettor have skin in the game.”

Translation: Throw me a million dollars, and I’ll throw in a finster, and we’re theoretically kosher — as long as the sportsbooks don’t figure it out.

“It’s technically against the sports betting law, which is an amendment to the Casino Control Act, for a syndicate to work,” said Frank DiGiacomo, a partner at the Duane Morris law firm in Cherry Hill who specializes in the gaming sector. “But it doesn’t mean it’s not happening. The enforcement side of it is a different issue. If a sportsbook knew it was happening, they’d have to do something, shut down the account, or at least ask more questions.”

But one noted professional gambler sees a big difference between messenger betting and the reality of syndicates.

“Syndicates are just groups of people who combine their resources to bet as a group,” according to the professional gambler known as Capt. Jack Andrews. “Those resources may be combined knowledge or combined access to various accounts both regulated and unregulated. No different than if you and I were to join forces because you have a clean BetMGM account and I know some easy ways to beat them. Maybe I bring in a third guy who runs some fantastical regression analysis to make sure our betting is optimal. We’re a bit like a mini-hedge fund.

“As long as we all have a monetary equity stake on the wager, it’s permissible by law, frowned upon by the operator. If they were to try to get the attorney general to press charges against us, they would be laughed out of the room.”

But whatever the sportsbooks do or don’t know, the industry source says syndicate betting is happening a lot in the state.

Syndicate betting?? Never heard of it until just now

“There’s many syndicates that already operate that way in New Jersey,” the source said. “That’s why this expected precipitous drop in handle as a result of New York legalizing won’t be as bad as people think. There’s already a ton of out-of-state money — and out-of-country money — flowing through New Jersey. The entity in charge of detecting and protecting is incentivized to ignore it all.”

The source then showed a little math to back his hypothesis.

“Did anyone really believe that the 3 million males between the ages of 24-60 in New Jersey were really betting $1.3 billion per month?” the source wondered. “It’s not nefarious. It’s all legal betting action. New Jersey is a hub of commerce in an emerging marketplace. It’s a good thing, and other states would be wise to compete for this action.”

Again, though: How much action is it?

It’s an impossible question, at least for the time being.

“Because it’s not technically legal, it’s very difficult to get your head around how big it is,”  DiGiacomo said.

The New Jersey Division of Gaming Enforcement did not respond to requests for comment for this article, but when it releases January’s revenue numbers, the apples-to-apples comparison with last January might be telling in light of the first full month of online betting in New York.

Of course, now that betting is legal in New York, it might seem the syndicate action could dry up, but the source believes no one is in a rush to fix what isn’t broken.

Incidentally, the source says New Jersey is truly at the leading edge of this type of action, and right now, no other state is really competing with it. Not even Nevada.

“Nevada is still such a different market than the rest of the United States,” the source said. “Different operators, different expectations from customers. Syndicates have Vegas guys, but they are going up to the counter with bags of cash, not betting on apps.

“The states that would give New Jersey a run would be ones that have a high number of books, the ability to deposit and withdraw cash at the cage, and have those cages be in a fairly concentrated area, and states which have low or zero state income tax. That’s why if Nevada ever got their act together, they’d definitely get more of the syndicate action. But getting competition back into Nevada is very tough.”

Clearly, time will tell. If the industry source is right — or even close to right — New Jersey’s tax revenue on sportsbook money will be just fine. And besides, the state also has all that online casino tax revenue to bank on. 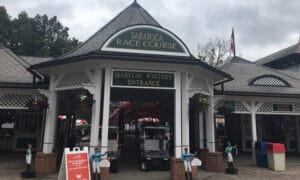 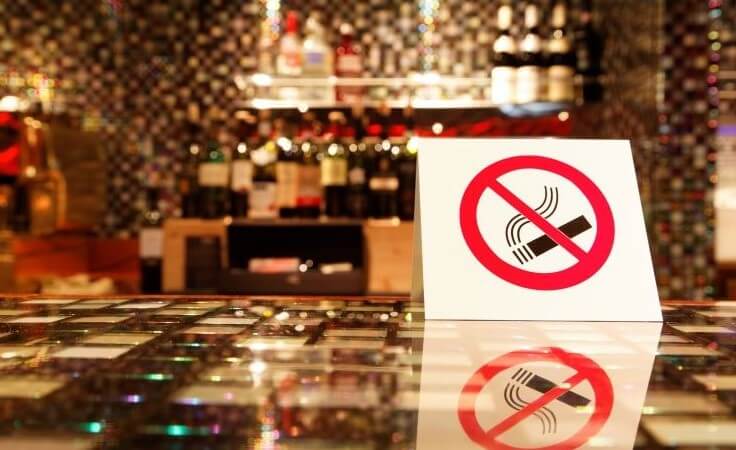 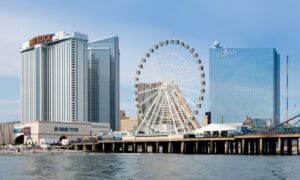