Super Monopoly Money online slot has been available in New Jersey since May 2015. The game was originally designed by SG Gaming with software by Williams Interactive. It is currently available in New Jersey on the SugarHouse, Betfair, Virgin and Tropicana online platforms. The five-reel Monopoly-themed slot offers players a familiar online slot experience steeped in the world of the classic Monopoly board game.

Monopoly is an American classic that originated in the US in 1903. Players move around the board buying, trading, selling, and developing properties with houses and hotels and collecting rent. The aim is to send opponents into bankruptcy and the winner is the last player standing. The properties are named after streets in Atlantic City.

Super Monopoly Money isn’t a version of the board game, however, but rather an online slot with art and features that are an ode to the game itself. 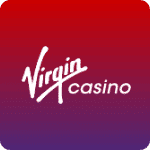 Super Monopoly Money is a five reel, 25 payline slot, which features a number of different symbols one might expect to find in the Monopoly board game. This includes traditional playing pieces like the car, dog, boat, boot and top hat, as well as the image of the iconic Mr. Monopoly.

The Wild symbols are wild and substitute for all other symbols except Free Parking. There are three different bonus features including Free Parking, Free Spins and a Monopoly Money Wheel Bonus.

Super Monopoly Money features Monopoly inspired cartoon graphics that hark back to the classic board game. The background graphic pays homage to the game’s worldwide reach. The game’s graphics are on par with today’s most popular 3D video slots and sound sets a pace that makes Super Monopoly Money a relatively playable online slot.

Super Monopoly Money offers a good number of bonus features that really add to the game’s level of fun. Players get the opportunity to change the board, take advantage of free spins and multiply bonus winnings by spinning a money wheel when they choose.

Monopoly Money is collected on the top left hand portion of the screen above the reels and adds up as game play continues. At any point, players can choose to start the Wheel Bonus using all the Monopoly Money they’ve earned.

A spin of the wheel will ultimately turn the Monopoly Money into cash with any number of multipliers available. If the wheel lands on re-spin the stakes go up.

Super Monopoly Money is an instant classic with simple game play and fun bonus features that tie in with the classic board game. You’re not exactly playing Monopoly here, but you’re certainly immersed in the world of the great American board game.

There are other slots that have borrowed from the legend that is Monopoly, but few are as fun to play as Super Monopoly Money.