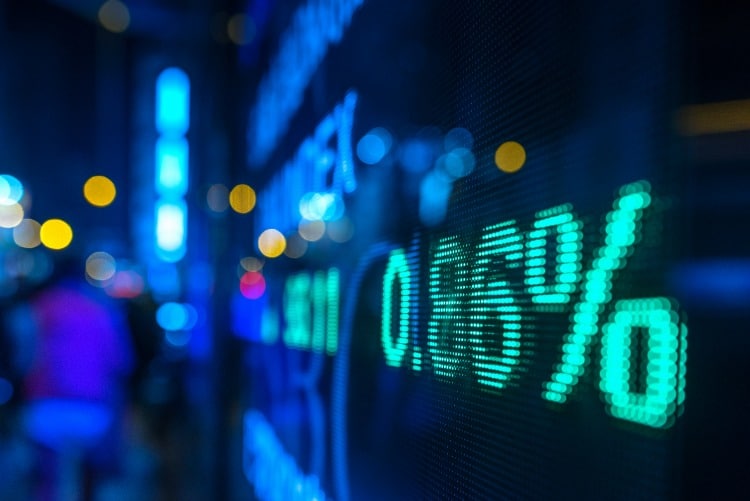 It may sound like hyperbole, but it’s not: The dawn of a new era in sports betting is closing in, and New Jersey bettors will be the first in the nation to give it a whirl.

Check that: New Jersey “traders” will be the first in the nation to give it a whirl, as Sporttrade will be bringing the nation’s first sports betting exchange market to life sometime this summer.

And what, exactly, is a sports betting exchange?

Or, in the case of Alex Kane, the Philadelphia-based founder and CEO of the company, the 76ers.

As an example, let’s say the Sixers, at a traditional sportsbook, are +185 on the moneyline to beat the Milwaukee Bucks. That translates to the oddsmakers saying the Sixers have a 35% chance of winning. As such, on the Sporttrade market, the market makers — yes, there are market makers, just like a stock exchange — might price the game at 36 on the buy side and 34 on the sell side. And once tipoff occurs, the prices will fluctuate due to game flow and market forces.

So let’s say you bought some Sixers at 36, and they jump out to a 14-2 lead in the first quarter. All of a sudden, the price on the Sixers winning has jumped to 56. You can sell now and lock in your profit. No spinny wheels, no “market not available,” no lock-outs: There will be someone on the other end — either a market maker or another customer — who will buy it.

Watch your bets rise and fall with every play of the game. #bettingtwitter #GamblingTwitter pic.twitter.com/KFhUQmFxmR

Not competing with sportsbooks

And if you’re a traditional sports bettor — and someone who doesn’t trade stocks or options — who doesn’t feel like learning a whole new way to bet, that’s OK. Kane and Co. aren’t looking to peel you away from the DraftKings and FanDuels of the world — he’s seeking to add to the mix, and to bring in people who might not normally be interested in sports betting.

“What we’re most excited about is bringing new customers into the space,” Kane said. “Customers that are comfortable buying call options and put options and cryptocurrencies and NFTs. We’re finding the newer generation does like to gamble, but they don’t gamble the same way that preceding generations gambled. They like to trade.”

Kane points to the success of Barstool’s Dave Portnoy, who pivoted during the pandemic to his alter ego, Davey Day Trader, and wound up with upwards of 50,000 people — most of them millennials and Gen Z — watching him on Periscope.

“We fundamentally believe we can build a simpler, more approachable sports betting experience by making this feel more like the apps that let you trade anything else,” Kane said.

Exchange betting has been available in Europe for a number of years, and while the principle is the same as Sporttrade, Kane says his app will be sleek, easy to navigate, and just as simple as placing an order on Robinhood.

Let's not forget history. Imagine where we'd be as a nation if we had just followed the European model of government.

DraftKings, FanDuel, BetMGM, et al would have definitely been loyalists.

“There’s not enough of a difference between betting on the share price of Apple, or the price of Brent crude oil, or whether the Sixers are going to lose or win, to merit this massive rift in how the customer is treated, what the customer experiences — the efficiency, the transparency, the consumer protections,” Kane said. “All we’re saying is that the sports betting customer deserves the same treatment they get in capital markets. We want to make that a reality. Nothing is new in what we’re doing — we’re just applying the principles of capital markets to a new asset class, and that’s sports.”

Another item that separates capital markets from traditional sports betting: sportsbooks setting their sights on sharps — perceived or not — and limiting what they can bet.

“We as an exchange are more of an anonymous platform, in that when you are matched you don’t know who’s matching you,” Kane said. “So bookmakers have this inherent advantage, like, ‘Welp, here comes Captain Jack (the identity used by a well-known professional sports bettor), maybe I’m only going to allow this much volume.’ Exchange eradicates that as a practice, which doesn’t exist in capital markets — you can’t profile your counterpart like that — and replaces it with what works in capital markets: Here’s the price in which I’m willing to buy, here’s the price I’m willing to sell, and that’s it.”

Pennies instead of dollars

Sporttrade will make its money on the winners; if you profit, you’ll be paying a percentage of your winnings to the company. But instead of a normal -110-type house edge, Kane said he expects to launch somewhere in the neighborhood of a 1% fee, with hopes to dramatically lower it as more customers sign up.

And the more people that are part of the exchange, the better the pricing will get. When the market fully matures, think penny spreads instead of dollar spreads.

“At a traditional sportsbook, you’re always going to see -110,” Kane said. “We’re hoping to effectively make it -101, or lower. At traditional sportsbooks, it’s unclear how much you can bet, and at times you can’t cash out. But on our platform, it’s a living, breathing ecosystem. We fundamentally believe we can build a simpler, more approachable sports betting experience. We’re building a new marketplace, America’s first ever sports-driven financial market.”