A new report shows just how much sports betting New Yorkers are doing in New Jersey, and how much tax revenue NY is losing.

New Yorkers account for a remarkable 40% of the retail betting handle at the FanDuel Sportsbook at the Meadowlands Racetrack, according to a research report released this week.

For Atlantic City casinos, the New Yorkers’ share of sports betting handle is 10%, with Monmouth Park gaining a modest 8% from Empire State residents. It adds up to an estimated $179 million in wagers placed by New Yorkers at New Jersey brick-and-mortar sportsbooks in 2019, according to the report by the independent research firm Eilers & Krejcik Gaming.

With FanDuel‘s online sportsbook in New Jersey gaining 25% from New York and the DraftKings version coming in at 20% — plus more than 80% of bets per month wagered that way — that results in another $657 million in bets (and $42.8 million in revenue) coming from New York last year.

How much lost tax revenue for New York results from all that? It’s difficult to forecast, but authors Chris Grove and Chris Krafcik conservatively estimated an 8% tax rate for retail bets and 12% for mobile betting (New Jersey’s rates are 8.5% and 13%). At those figures, New York’s loss in 2019 would be $6.3 million. By 2022, the authors estimate, that number would rise to $11 million absent any action by the New York Legislature.

“The data proves what we all expected to be true: New York is missing out on hundreds of millions of dollars in revenue by failing to regulate mobile sports betting,” said New York state Senator Joseph Addabbo. “In light of the state’s multi-billion dollar budget deficit, it would be irresponsible not to capture this revenue.”

Assemblyman Gary Pretlow agreed, adding, “This report makes it crystal clear that while the legislature has not voted on mobile sports betting, huge numbers of New Yorkers are voting with their feet and heading to New Jersey to place their wagers.”

The first, based on those 8 and 12% tax rates and the issuance of seven licenses — for the four upstate commercial casinos and to three tribes — projects to $119.2 million in annual tax revenue plus a one-time collection of $12 million for each license.

“Our conclusion is that the scenario with the highest number of eligible operators and the lowest tax rate produces the most revenue for state government,” Grove and Krafcik write.

“Additionally, a low-tax, high-competition environment should capture the maximum amount of demand that currently ﬂows to illegal bookies and offshore sportsbooks. Capturing more demand from the illegal market means that more consumers will enjoy the safety and protections of a regulated market while also cutting down a source of revenue that has historically been attached or at least adjacent to organized crime.”

Results from six European countries with varying sports betting tax rates suggests that a rate in the 10-20% range would be “optimal for the purposes of maximizing illegal market capture.” A higher rate than that would impact the amount of marketing that operators could afford to do, and Grove and Krafcik write that such a rate would dissuade an increasing number of bettors from migrating from illegal to legal markets.

That analysis is particularly significant because New York’s tax on casino gross gaming revenues is roughly 40%, more than four times what Nevada and New Jersey charge. That means some legislators may be tempted to seek a high tax rate for sports betting as well.

The authors did find a positive aspect to the high number of New Yorkers gambling in New Jersey.

“The willingness of so many New Yorkers to engage in such travel despite the availability of illegal betting options that can be accessed within New York,” write Grove and Krafcik, “strongly suggests that New York consumers are clamoring for a legal, safe alternative to bookies and offshore sportsbooks and that consumers are willing to expend time and energy in order to choose a legal product.” 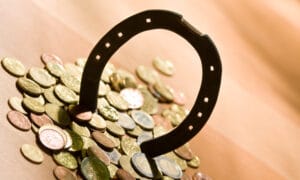