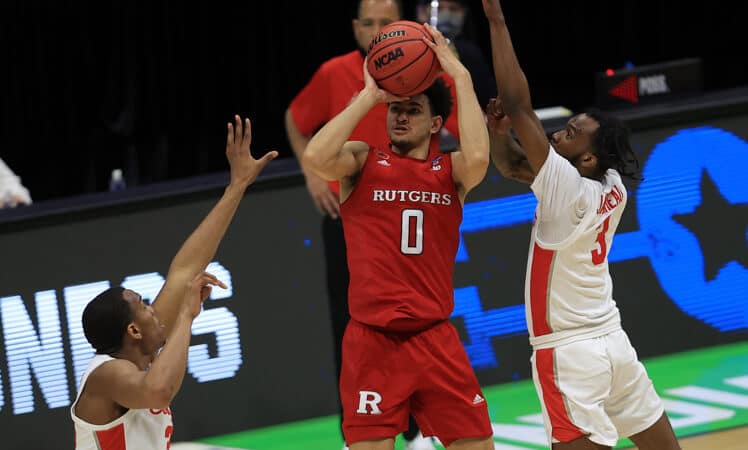 A resolution to kick off a process toward allowing for sports wagering in New Jersey on games involving in-state universities advanced unanimously through an Assembly committee on Wednesday.

Ralph Caputo, the chairman of the Tourism, Gaming, and The Arts Committee, told NJ Online Gambling after the 7-0 vote that it’s conceivable that a question on the matter could be put to voters on the November ballot.

If that happens and if voters approve it, that would pave the way for New Jerseyans and visitors to the state to bet on NCAA March Madness in 2022. The Rutgers men’s basketball team qualified this year, but no betting on their games was legally permitted within state boundaries.

Assemblyman and committee member Eric Houghtaling noted that when the state legislature quickly passed a bill to permit sports betting in the wake of the U.S. Supreme Court’s landmark ruling in May 2018, “We moved cautiously. There was a feeling at the time that we should remove betting for New Jersey [college] sports teams, but that we could come back to it at a later date.”

Houghtaling said as far as betting on professional sports and out-of-state college games, “there have not been any problems that I know of — it has been run very well. So the time is right, now, to include college sports [in New Jersey] for sports betting. It’s a big boon for casinos and racetracks that are kind of struggling.”

Caputo stressed that even if betting on in-state college teams is legalized, “we will monitor it to make sure ethical standards are being held. Let’s give the public an opportunity to vote on it.”

The ballot question in question

The proposal to amend the state Constitution, which also would need state Senate approval before it could go to voters in November, would read:

“Do you approve amending the Constitution to permit wagering through casinos and current or former racetracks on certain college sport or athletic events that are held in the state?

“The event would have to be sanctioned by a nonprofit collegiate athletic association.”

There also would be an “interpretive statement,” which explains in part:

The proposed change started in more limited fashion last October, when state Sen. Paul Sarlo noticed that the NCAA had chosen Prudential Center in Newark as a site of 2025 March Madness regional semifinals and final competition. The initial plan was simply to change the state’s gambling laws to allow for betting on out-of-state college teams that play games in New Jersey — which also currently is not permitted.

But after checking with the NCAA and some state university officials, Sarlo found that “everybody greenlighted us” for the expansion of betting on in-state college athletic contests.

The committee on Wednesday also advanced a pair of bills related to the state racing commission.

The commission’s annual report, which currently comes after the end of each calendar year, would have a new timetable of the of the end of the state’s fiscal year — which is June 30.

According to a statement in the bill, “The Racing Commission does not have access to all data needed for the commission’s annual report by the end of the calendar year. As a result, the commission has to file an incomplete report at the end of the calendar year in order to meet the statutory requirement, and then file an additional, supplemental report when the additional information becomes available.

“Changing the date on which the Racing Commission’s annual report is due will eliminate the need to file multiple and incomplete reports in order to meet statutory reporting requirements.”

The other bill is designed to beef up the commission’s annual auditing requirements, in the wake of the state auditor’s office’s report published in April that found a number of improper bookkeeping errors.

“The commission was not in compliance with proper procedures to ensure that all revenues are reported in a timely manner,” said Assemblyman Ronald Dancer, a former harness racing driver and a leader in most horse racing-related legislation.

Noting that the legislature is in the midst of a racing purse supplement program for up to $100 million over a span of five years, Dancer said, “We have a fiduciary responsibility to make sure proper internal controls are in place, and being complied with.”

Charities will shout “Bingo!” if this measure passes

The final measure approved was for another potential ballot question in November. The question for voters across the state would be:

“Do you approve amending the Constitution to permit all groups that are allowed to conduct bingo or raffles to use the net proceeds from those games to support their groups?

Linda Czipo, president of the Center for Non-Profits of New Jersey, testified that the need for the measure is urgent for many charities that have struggled to maintain fundraising levels during the pandemic. Leaders for a half-dozen charitable groups notified the committee of their support for the amendment. 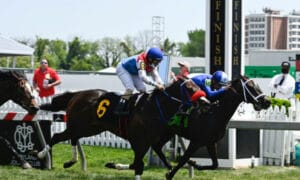 A Meadowlands Casino: Will It Ever Happen?