Why has online poker play leveled off while online casino keeps growing? 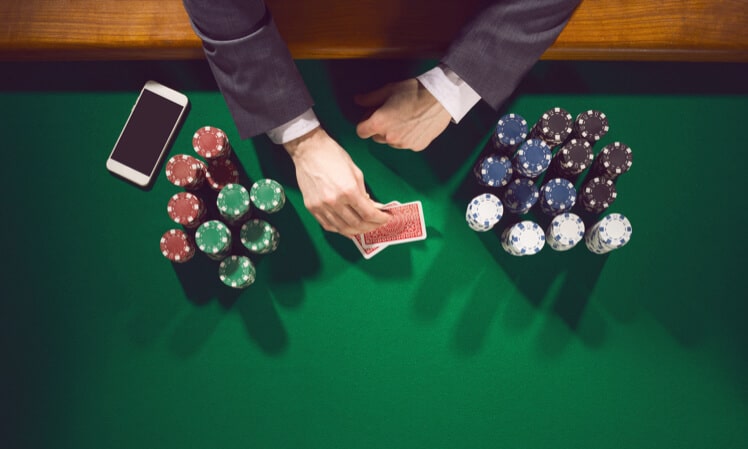 We are now one year out from the biggest month in the history of regulated online poker in the U.S. The three online poker sites in New Jersey combined for $5.15 million in revenue in April 2020, while the sole site in neighboring Pennsylvania generated $5.25 million by itself. That $10.4 million in combined operator revenue was nearly triple the $3.63 million they raked two months prior.

It’s no mystery why online poker exploded in the spring of 2020, particularly from mid-March through May. The COVID-19 pandemic shut down casinos in both New Jersey and Pennsylvania and made shut-ins of a high percentage of Americans. So in addition to increased Netflix usage, DoorDash-ing, and socializing over Zoom, online poker became a safe, socially distanced way to stave off the boredom of quarantine.

The pandemic persists, of course, but a combination of learning how to live with the virus and the now-widespread availability of vaccines has society getting closer and closer to a return to “normal.” Fans are attending live sports (with capacity restrictions). Casinos are open (with capacity restrictions). Schools, offices, movie theaters, restaurants — mask-wearing requirements aside, they all increasingly resemble their pre-pandemic selves.

And so, as expected, online poker serving as an outlet for cooped-up East Coasters is on the wane. It has been since the start of summer, really, but the latest revenue reports from the NJ Division of Gaming Enforcement show that it has now found its level.

What is that level? In Jersey, up about 50% from what it was pre-COVID, but only about half what it was at its peak in April 2020.

In other words, of the online poker newbies who inflated the player pools and prize pools a year ago, about a quarter of them stuck around.

NJ online poker by the numbers

New Jersey is home to three online poker operators. There’s the PartyPoker site connected to Atlantic City’s Borgata casino, the WSOP.com and 888poker sites on the same Caesars-helmed network, and PokerStars, which operates in conjunction with Resorts.

In poker, unlike sports betting or casino play, revenue is not dependent upon the rate at which the house is beating the customer. Rather, online poker profits are a direct reflection of the volume of play, with preset amounts raked from every cash-game pot or tournament entry.

Here are the revenue numbers for all three NJ online poker sites over the past 15 months:

Before the pandemic arrived, $1.8 million represented standard monthly revenue for the industry. That doubled with a half-month of shutdowns in March 2020 and nearly tripled the following month before beginning to taper off. The WSOP online bracelet series in July created an outlier bump, but otherwise, numbers have mostly trended downward. In 2021, the monthly hauls have been $2.74 million, $2.48 million in a 28-day month (which equates to $2.74 million in a 31-day month), and $2.7 million.

In Pennsylvania, the trend lines are nearly identical. PA has a significantly higher population (12.8 million to 8.9 million), but is a much less mature online poker market (NJ launched six years earlier), has only one operator (PokerStars), and currently has no cross-state liquidity sharing.

The result of all those factors is a similar-sized total poker rake that has fluctuated comparably over the course of the pandemic:

Of the roughly $3.1 million extra per month lost at the poker tables during the April peak, about 15% of that has been retained.

In New Jersey, that number is a more encouraging 27%.

Of the two states, Pennsylvania still has more growth potential, since more operators are coming (someday, allegedly), and interstate liquidity is purportedly in the cards (someday, allegedly). Whether PA could have maintained its quarantine growth better with more rapid expansion of options is difficult to say.

But for now, it’s clear that the mini-boom in the early days of the pandemic produced more short-term additions to the online poker economy than long-term devotees. As can be expected for any game of partial skill, overmatched newcomers came, burned through a deposit or two, and departed — with exceptions, of course, made up of those who have experienced success and those who are willing to lose over and over.

But the online poker revenue regression toward something vaguely resembling pre-pandemic levels offers a fascinating contrast with online casino play, which just keeps rising even as quarantine-based restrictions fade.

iGaming revenues from March in NJ & PA not showing any sign of reverse channel shift following robust recovery in land-based casino revenue. Will that remain the case as vaccines continue to ramp and capacity restrictions etc are eased? (At this point, I'd bet yes) pic.twitter.com/MgllgrE0Yd

In Pennsylvania, before the pandemic, the relatively new online casino vertical had never broken $20 million in revenue in a month. Now it’s at $97.7 million and climbing. Similarly in New Jersey, internet gaming win was just beginning to cross the $50 million threshold at the outset of COVID and is now at $113.7 million with no signs of dropping.

If anything, the “churn” with online casino deposits is greater, as the house has a mathematical edge in every game. Perhaps this says something about the addictive nature of some casino games. Perhaps it’s the result of online casino depositors accepting the likelihood of a loss from the outset and being comfortable paying for the entertainment. Perhaps it’s a symptom of players being OK with the bruised bankroll that comes from casino games but not the bruised ego that comes with losing at the poker table.