What do a London-based online gaming company, a key figure in a national gambling lobbying firm, a responsible gaming organization, an ex-Giants football star, and a Catholic law school have in common?

After a signing of a memorandum of understanding during a press conference in Newark on Tuesday, they are all business partners.

The National Council on Problem Gambling, meanwhile, will partner with the GVC foundation to collaborate on educational programs for active military service personnel — an often-overlooked part of the national compulsive gambling story.

Finally, Seton Hall University Law School — which played host to the event — is launching a Gaming, Compliance, and Integrity Program in March 2020 that will kick off with a three-day regulatory “boot camp.”

Kathleen Boozang, the dean of the Seton Hall Law School, said that the program will have participants “deep dive” both U.S. and European Union gambling laws to ensure regulatory compliance.

Cats and dogs, living together?

Pascrell noted that his son, who recently graduated from law school, made the understandable observation: “Dad, you’re on the advisory board for federal affairs for the National Council on Problem Gambling? Aren’t you, like, sort of a gambling lobbyist? How do you do that?”

Pascrell said the partnership of he and GVC with a responsible gaming organization indeed “is different, and unique.” But he added that the opportunity to be involved in aiding veterans made the partnership a natural fit — as does a challenge particular to the gambling addiction community.

Brianne Doura, the legislative director for the problem gambling council, said that a bipartisan gambling addiction funding bill has been introduced in Congress to perhaps balance that playing field.

Studies have estimated that 56k members of the active duty U.S. military have compulsive gambling issues, with that group being twice as likely to commit suicide compared to other compulsive gamblers.

“We have to have those in the military get access to the tools and resources they need, and rightfully deserve,” Doura said.

Pascrell threw in a plug for his home state, contending that “New Jersey is now the mecca for sports betting in North America.” With more than a dozen Seton Hall law students in attendance, Pascrell also stressed that 90k new jobs are being created in the legal sports betting industry thanks to the U.S. Supreme Court’s ruling in May 2018 that ended Nevada’s virtual national monopoly.

By the end of 2020, the American Gaming Association recently estimated that 25 of the 50 states will have legalized sports betting. Currently, 13 have such gambling already in operation.

The forming of GVC’s U.S. foundation follows in the wake of last month’s introduction of a similar problem gambling foundation to operate worldwide. The U.S. offshoot will manage American projects such as GVC’s research partnership with Harvard Medical School.

Toomer said he plans to visit numerous college campuses to educate student-athletes on the potential perils of gambling as well as on how to avoid accidentally tipping off hardcore gamblers to information on such issues as the status of a star teammate’s injury. 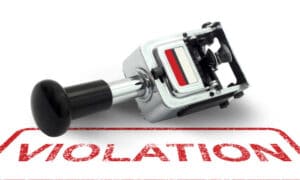 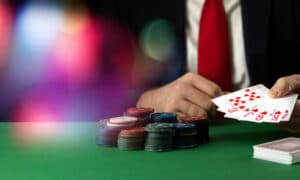 Rutgers To Partner With Playtech, Kindbridge On Problem Gambling Research 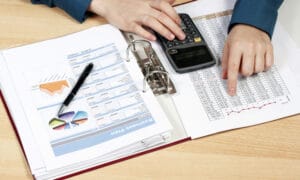