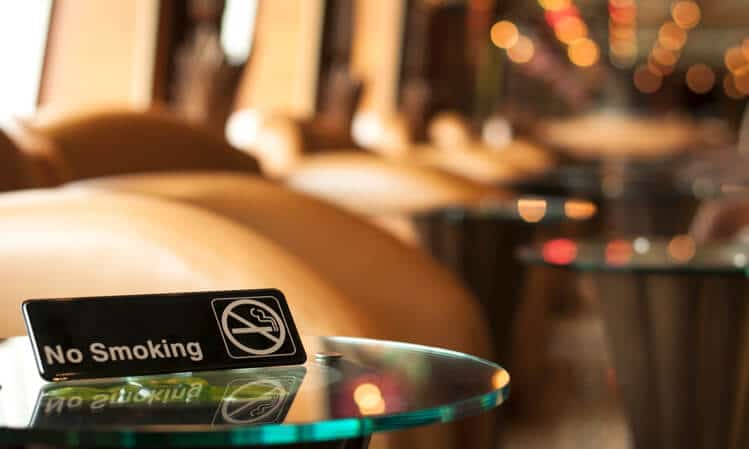 New Jersey residents overwhelmingly support a ban on smoking at Atlantic City casinos, according to a recent poll by Stockton University.

There was a slight regional imbalance. While 66% of North Jersey residents back the end of smoking at the casinos, 59% is the level of support in South Jersey, which would be the area to feel any potential negative consequences of a ban.

Meanwhile, backers of the ban have now mustered the public support of 28 co-sponsors in the Assembly (out of 80) and 15 in the state Senate (out of 40), including majorities of the health committees in both houses. But state lawmakers currently are more focused on setting the annual budget, which is due when the fiscal year in New Jersey begins on July 1.

Still, not everyone with a vested interest in the issue is in favor of the end of smoking at the casinos.

Mayor, major union warn of potential impact of a ban

“I’m against it,” Small said. “We had a perfect example of … banning smoking in a casino with the former Revel.”

The mayor was referring to the ill-fated property that opened in 2012 as the city’s only no-smoking casino but then revised its policy before shuttering in 2014. Ocean Casino, which allows smoking, replaced Revel in 2018 after a massive refurbishing effort at the Boardwalk property.

Casino Association of New Jersey President Joe Lupo has warned that “adding a smoking ban could cause a devastating effect to the community and state.”

And Bob McDevitt, president of Local 54 of the Unite Here casino workers union and the most prominent labor union figure in the industry, last month sent a letter to state Senate President Nicholas Scutari urging lawmakers not to pass a smoking ban.

“While we want to ensure that our members work in a safe work environment, banning smoking in New Jersey casinos would mean lost jobs for our union and throughout the state, and lost tax revenues and less money for senior programs,” McDevitt wrote.

But last week, the United Auto Workers union — which represents table game dealers at Caesars, Bally’s, and Tropicana — wrote its own letter backing the ban.

“Our members include dealers who sit inches away from patrons who blow smoke directly into their face for eight hours a day, every single day,” the letter read. “It is simply unacceptable knowing what we know about the dangers of secondhand smoke. No worker in the state of NJ should be forced to breathe cancer-causing chemicals every single day.”

In eastern Pennsylvania, Rivers Casino Philadelphia, Parx, and Mount Airy Casino Resort have voluntarily imposed their own smoking bans, despite state law enabling them to permit smoking on up to 50% of the gaming floor.

Cynthia Hallett, president and CEO of Americans for Nonsmokers’ Rights, said the bans in a neighboring region could help encourage lawmakers to extend the same policy change in Atlantic City.

“It’s becoming harder and harder for Atlantic City casinos to defend indoor smoking that threatens the health of their employees,” Hallett said, noting that casinos in Delaware, Maryland, New York, and Connecticut also have bans in place. “It is past time for Atlantic City casinos to end this outdated business practice, and instead benefit from the guests who would visit their properties were it not for the smoke.”