It appears a longstanding legal dispute between one of poker's legends and the top earning casino in Atlantic City is nearing a conclusion.

A legal saga between poker legend Phil Ivey and the Borgata casino in Atlantic City that has lasted the better part of a decade appears close to a conclusion.

According to a court filing on Thursday with the U.S. Court of Appeals for the Third Circuit, Ivey and the casino have “now reached a settlement” in a case stemming from Ivey’s controversial high-stakes baccarat sessions at the casino in 2012. Terms of the pending settlement were not disclosed.

A settlement at this stage in the case isn’t surprising considering that one prominent appellate attorney pegged Ivey as a slight favorite to win the appeal.

Ivey and playing partner Cheung Yin “Kelly” Sun were able to win $9.6 million from Borgata by spotting and exploiting subtle manufacturing defects in the patterns on the backs of playing cards, a technique called “edge sorting.” Edge sorting gave Ivey and Sun, who never touched the playing cards, a 6.8% mathematical advantage against the casino. Under normal circumstances, the casino has a roughly 1% edge in the game. The casino let them bet up to $100,000 a hand.

In 2016, the U.S. District Court for the District of New Jersey handed down a more than $10 million judgment against the gambling duo, determining that they had breached their contract with Borgata by using the edge sorting technique. The controversial ruling basically sought to return the parties to their respective positions before the infamous high-stakes baccarat sessions. Borgata has tried collecting Ivey’s winnings, even going after some of his World Series of Poker money. Ivey, a winner of 10 WSOP bracelets, is widely considered one of  the most— if not the most— talented poker players in history.

Ivey and Sun appealed the judgement to the Third Circuit in 2018.

According to the court filing, the parties are seeking “a stay of these appellate proceedings and for a partial remand to the District Court.” Oral arguments in the case were heard this past September. It reportedly wasn’t a great day for Borgata’s side of the story.

“Following oral argument in this case on September 17, 2019, this matter was referred to the Third Circuit’s Appellate Mediation Program,” the filing stated. “The Parties participated in the mediation program, and they have now reached a settlement.”

The settlement is pending the lower court vacating certain items.


Why did they settle?

It’s safe to assume Ivey and Borgata would want the legal saga to come to an end. While Ivey has faced some public criticism, it’s Borgata that arguably has faced a a stronger rebuke from the gambling community. You’ll often see social media posts calling for Borgata to stop pursuing the poker legend for the $10 million.

Had Ivey personally marked the cards to gain an edge against the house, the public sentiment (and the case itself) would be vastly different. Ivey’s chances in the appeal actually hinged on the meaning of “marking” cards. Borgata’s attorneys argued that the winnings must be returned because Ivey and Sun used marked cards. Ivey and Sun didn’t deny edge sorting, with their attorneys in 2014 calling it “sheer skill.”

It was also argued that Borgata was aware that the cards used in the baccarat sessions contained asymmetrical patterns that made so-called “first-card knowledge” possible.

Borgata argued that the dealer’s turning of the cards qualified as “marking,” and it also argued that the casino’s own automatic shuffler was a “cheating device.” The act of “marking” isn’t defined under New Jersey casino law, but the “use” and “possession” of “marked” cards is, the District Court judge concluded.

It’s unclear if Ivey agreed to return any of the winnings or if Borgata threw in the towel.

The District Court judge noted in his 2016 ruling that Borgata agreed to wire Ivey’s front money and winnings to a bank account in Mexico, so the casino has long known that the money left the United States. Still, it sought court approval to comb Ivey’s domestic bank accounts.

One potential reason for Borgata agreeing to a settlement at this stage is that losing to Ivey on appeal could potentially create a precedent that could harm parent company MGM Resorts International in future cases involving cheating or advantage casino play. 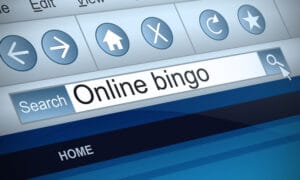