The 2018 East Coast Gaming Congress coincided with the first legal sports bets in New Jersey. The excitement was clear at the conference. 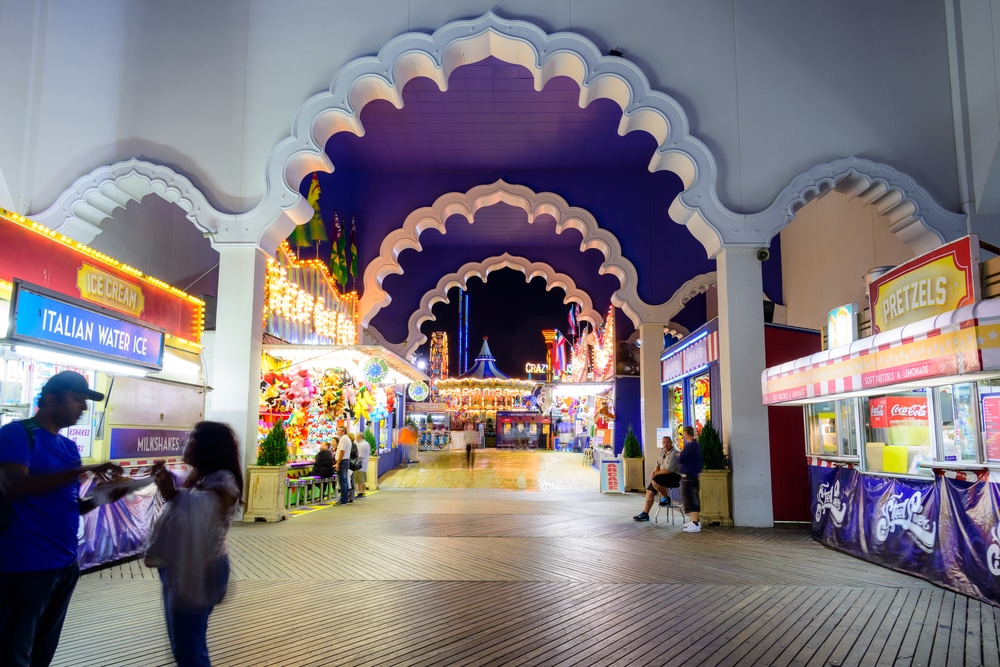 When I signed up for the 2018 East Coast Gaming Congress, there was little indication it would be any different than usual. I was expecting a fairly bland event, featuring the usual suspects from around the US gambling industry.

Then May 14th happened, and since that momentous day we’ve had real money B&M sports books open in both Delaware and New Jersey.

In what felt like an alignment of the stars, the New Jersey opening – first at Monmouth Park, and 30 minutes later at Borgata – happened right when all of us industry folks happened to be in Atlantic City for the conference.

All sports, all the time

From the introductory keynote, featuring SBTech CEO Richard Carter, to the final panel, sports betting was the dominant topic.

We heard about it from a variety of angles, and saw many questions addressed:

It’s safe to say sports betting sucked all the oxygen out of the room, and there was little time for discussion of many of the planned topics, such as developments at land-based casinos and the 40th Anniversary of gambling in Atlantic City.

And then there was the surprise last minute announcement, which came right as the conference was commencing.

It had already been known for a couple days that Monmouth Park would be taking bets on Thursday morning, beginning at 10:30 a.m. On Wednesday, news dropped that Borgata would also be opening its sportsbook on Thursday, just 30 minutes after the first bets were taken in Monmouth.

As industry followers and enthusiasts flocked to both locations, the conference became a second fiddle of sorts. While there were still folks around at the Thursday panels and networking events, many made the short trek over to Borgata to witness history in the making.

Suffice it to say, the standard industry fare at the conference couldn’t keep up with the buzz less than a mile away.

While sports betting was the dominant theme at the conference, plenty of people were still talking about about the upcoming opening of two newly revamped and rebranded casinos on the Boardwalk.

Hard Rock announced in April it would be opening the doors of the former Trump Taj Mahal on June 28th, making it the first new casino to open in Atlantic City since the now-defunct Revel opened in 2012.

And not to be outdone, Ocean Resort Casino announced its own opening on the very same date, having rebranded the short-lived Revel Casino. Partnering with William Hill (also partnered with Monmouth Park), it plans to have sports betting available on the very first day.

With these two major openings coming just two weeks after the event, plenty were buzzing about what this means for the Garden State’s growing gambling business. There’s more optimism about Hard Rock than Ocean, according to most industry folks, but that may not mean much. These two venues are both going to gun hard for business in the area, with high end offerings aimed at upscale tourists.

Online casinos, poker on the back burner

To be frank, online casinos and poker sites were hardly a topic of interest at ECGC. New Jersey released its May online gambling revenue report during the event, showing that the state’s gambling sites logged their second best month ever, but hardly anyone in attendance blinked an eye.

Given the recent launch of interstate pooling between NJ, NV and DE, alongside the upcoming online casino and poker launch in Pennsylvania, there’s still plenty to be excited about with those products.

But no one could overstate the effect of decades of built up tension spilling out as the sports betting barriers were finally torn down. And given how quickly states around the country are looking to implement their own sports betting regulations, people are really just following the action.

When online casinos did come up at ECGC, it was mostly in regard to concerns about where things are headed in the neighboring Keystone State.

It’s already been two months since the Pennsylvania Gaming Control Board opened up the application process for online casino operators, but so far no applications have been completed.

Some at the conference were bullish that soon we’d see many PA casinos sucking it up and filing the paperwork, despite the gargantuan licensing fees that range from $4-10mm. But others weren’t so sure, and some even believe the casinos are playing a game of chicken with the state, holding out hope that the fees and/or tax rates will come down in the future.

The latter outcome seems highly dubious to me – after all, those fees and rates are baked directly into the law. It’s much more likely that Pennsylvania will simply do things differently than New Jersey, with an outcome that will be viewed differently depending on who you ask.

The truth is Pennsylvania was in prime position to bully numerous operators into paying those massive fees after becoming the first state in five years to pass online gambling legislation. But now the state is playing second fiddle to sports betting expansion around the country.

People may just need to keep their expectations in check on what that state will be. Surely there will be operators playing the game, even given the difficult terms that currently exist. But it could be far fewer operators than most of us had hoped.