Ocean Casino To Add A Motown Vibe To Ownership

An Atlantic City Boardwalk property that didn’t even exist a decade ago is about to undergo yet another seismic shift.

Ocean Casino Resort — the resurrected version of Revel Casino, which opened in 2012 and infamously crashed, burned, and died in 2014 — is about to undergo a half-sale of its property to the Detroit-based Ilitch family, The Associated Press reports.

The family owns the Detroit Tigers baseball team and the Detroit Red Wings hockey franchise as well as the Little Caesars pizza chain and the MotorCity Casino Hotel in Detroit.

The Luxor Capital Group, which took over the casino two years ago from Colorado real estate developer Bruce Deifik, issued a statement about its deal:

“We are extremely excited about the proposed investment by the Ilitch organization, which, if approved [by state regulators], will give Ocean access to growth capital and provide a strategic partner to Luxor. We look forward to continuing to grow Ocean in partnership with the Ilitch organization for years to come.”

The Revel site was dormant from 2014 until 2018. Deifik bought the property for $200 million that January and managed to reopen it as Ocean Resort Casino six months later. (The name was slightly revised the following year to stress the property’s gambling aspect.)

Deifik held court with the media just outside the casino on the day of its reopening, with the Atlantic Ocean as a scenic backdrop.

When njonlinegambling.com asked what patrons would notice as different at Ocean compared to the failed Revel, Deifik replied, “Hospitality. Arrogance, gone — service, in. You see these 60 stories? I want you to look at it as the world’s largest welcoming mat draped over that tower.”

Two-night minimums for stays, the lack of inexpensive buffet options, and smoke-free status had been among the Revel staples that alienated many visitors.

Deifik pointed that day to a pair of outside walls that were no longer joined.

“It was like a prison,” Deifik said. “We knocked that down, put these staircases up, put this sign up — now it’s welcoming.”

A badly needed reconfiguration of the casino floor, new carpeting, and the city’s second sportsbook opening, after Borgata, signaled potentially better days ahead.

But Deifik’s vision was not matched by his bank account, and he was forced to turn over the property to Luxor — a key lender — just six months later. Deifik subsequently died in a car accident in Denver in April 2019, at age 64.

Much of the revival has been credited to the appointment in 2019 of Terry Glebocki as CEO. At the time, she was the only female leader of an Atlantic City casino.

Ocean also has been in the news since last summer due to its ongoing legal dispute with Atlantic City casino giant Borgata, which has accused Ocean of illegally “poaching” numerous high-ranking executives to acquire crucial information about the personal luxury preferences of some of the city’s “high roller” gamblers.

Ocean attorneys have disputed the charges and are seeking dismissal of the case. 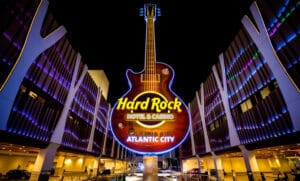 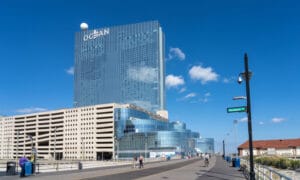