Presence of banned substances in racehorse leads to longest ban 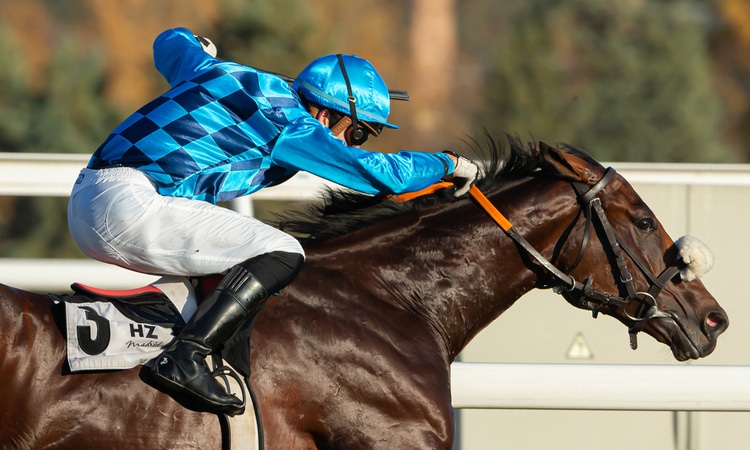 One trainer has received a one-year ban by the New Jersey Racing Commission’s Board of Stewards, while three others will have to sit out the first month of this spring’s thoroughbred racing meet at Monmouth Park.

The sternest discipline has been directed at Marvin Richards, whose horse AwesomeNewYear initially won the sixth race at the Oceanport track on Sept. 3.

A post-race sampling of the horse’s blood and urine led to discovery of the presence of prohibited substances Ibuprofen and Oxezapam, a violation of commission rules. Richards was fined $5,000 last month, and his one-year ban begins on May 6 — denying him access to the racetrack grounds in that span.

The horse’s victory was stripped, and purse money from the race is to be redistributed accordingly.

Trainers Wayne Potts and Bonnie Lucas also were disciplined by commission stewards, in each case receiving a 30-day ban from May 7 through June 5, plus a $1,000 fine.

Potts was the trainer of Chispita when the horse ran to a second-place finish in the fourth race on Aug. 6 at Monmouth Park, according to the commission, while Lucas was the owner and assistant trainer of the same horse.

Following the race, a state veterinarian ordered that the horse be driven off the track via an equine ambulance. But, per the commission, Potts instructed Lucas not to allow that action, in violation of the veterinarian’s orders. Lucas then followed Potts’ direction, resulted in matching discipline issued last month.

The filly has not raced since, according to PaulickReport.com.

In another incident, Jose D’Angelo’s horse Franco’s Team placed second in the third Monmouth Park race on Sept. 24, but the prohibited substance 5-hydroxydantronele was found in the horse’s system. Another of D’Angelo’s horses, Avenida Manana, was detected with the same substance after winning the seventh race in Oceanport six days earlier.

A 15-day suspension and a $500 fine were handed down to D’Angelo for each violation, so he, too, will miss the first month of the 2022 racing season at Monmouth Park.

A 15-day suspension and $500 fine, meanwhile, were imposed on trainer Kathleen O’Connell after her horse Odramark won the seventh race at Monmouth Park on June 7 but later was detected with Naproxan.

Nine horsemen also were fined last month for excessive use of a whip at the state’s three racetracks, in violation of New Jersey’s stringent restrictions on the use of a riding crop.

Other violations included failure to name a driver for a race in accordance with track requirements; interference of another horse during a race; driving with a wheel inside the pylons; and failure to keep both feet in the stirrup.