These NJ Venues are Already Prepared to Offer Sports Betting 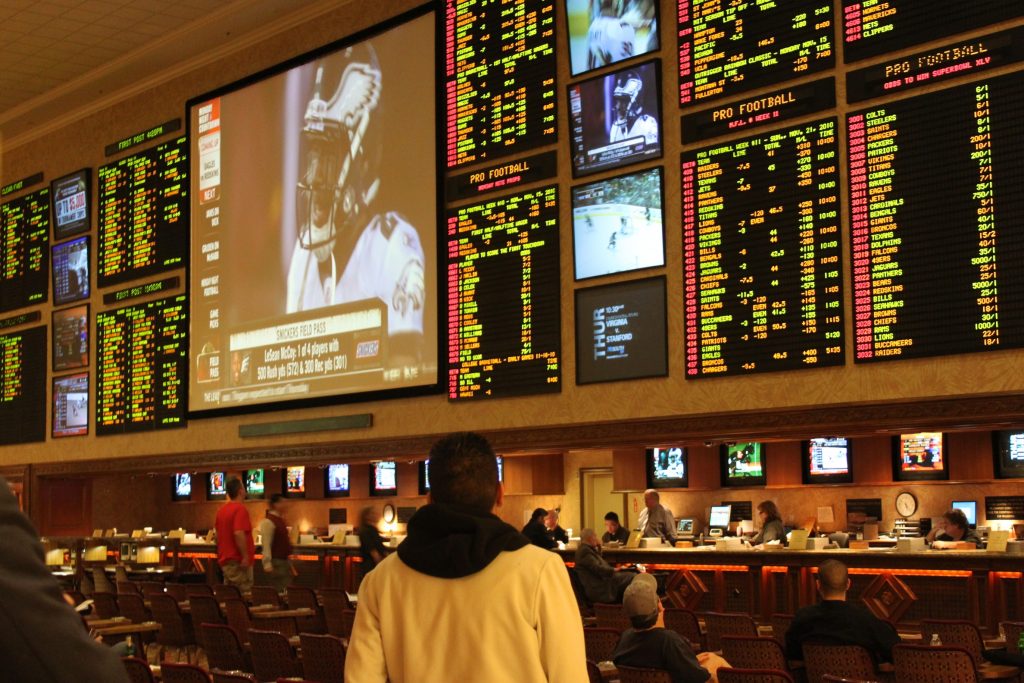 Sports betting is all the talk right now in gambling business circles, and for good reason. With many experts predicting a victory for the industry in the US Supreme Court case Christie v. NCAA, investors, entrepreneurs and incumbents in the multi-billion dollar global betting industry are looking at how to capitalize on what they see as an inevitability: the proliferation of legal, regulated sports betting in the United States.

In New Jersey, the epicenter of the American battle between sports gambling advocates and detractors, major money is on the line. Gambling industry research firm Eilers and Krejcik estimates that sports betting in NJ alone could produce more than half a billion dollars a year in revenue. The Garden State legislature has already legalized betting on sports, but the law is in conflict with a federal law called the Professional and Amateur Sports Protection Act (PASPA), setting the stage for the current Supreme Court case.

Gambling venues across the state, many of which have been reeling from decline during the last decade, see the Supreme Court case as a possible lifeline. A few have of them are pretty much ready to start offering bets today, if the opportunity presents itself.

New Jersey’s three racetracks, Monmouth Park, Meadowlands and Freehold, have been hit hard by regional competition and took another hit in 2011 when they stopped receiving subsidies they’d been getting from Atlantic City casinos as part of a deal that kept casino-style gambling out of their venues.

Monmouth Park Racetrack, which has been operating in Oceanport for nearly 150 years, has, more than any other NJ gambling venue, bet its future on the repeal of PASPA. In 2013, they announced an exclusive partnership with internationally renowned gambling brand William Hill, making them the first gambling venue in New Jersey to partner with a firm for the exclusive purpose of operating a sports book.

So far, the partnership has only produced a William Hill-sponsored sports bar on the premises, but this is all part of their preparation to offer sports betting the moment it’s allowed. Given William Hill’s history of operating brick and mortar betting shops around Europe for more than 80 years, they should have no problem getting off to a fast start. An attorney representing Monmouth Park stated matter of factly that the sports book could be taking bets within two weeks.

Borgata Casino, meanwhile, is the most popular land-based casino remaining in Atlantic City and best-positioned to capitalize on existing foot traffic for its sportsbook vertical. Parent company MGM Resorts International has committed $7 million to the project, signifying that being an early market entrant is a high priority.

While Borgata has yet to reveal much information since the November 2017 announcement, it’s likely they will be ready to open as soon as the possibility emerges to take wagers on sporting events.

While Monmouth Park and Borgata have the most concrete plans – at least that have been announced publicly – for sports betting, it’s hard to believe any of the casinos in Atlantic City, or either of the remaining racetracks, would pass on the opportunity. Every casino in Atlantic City, with the exception of Resorts, is owned by a company that already operates casinos with sportsbooks in Las Vegas.

Resorts, meanwhile, already operates an online-only game called FastPick that is somewhere between fantasy sports and actual sports betting. They’re clearly going to be in the mix as well and will likely be heavily focused on sports-related products.

My guess, in fact, is that every single B&M casino and every racetrack in New Jersey will have a book within a year of the repeal of PASPA.

Borgata and Monmouth Park, meanwhile, are nearly certain to be ready on day one.