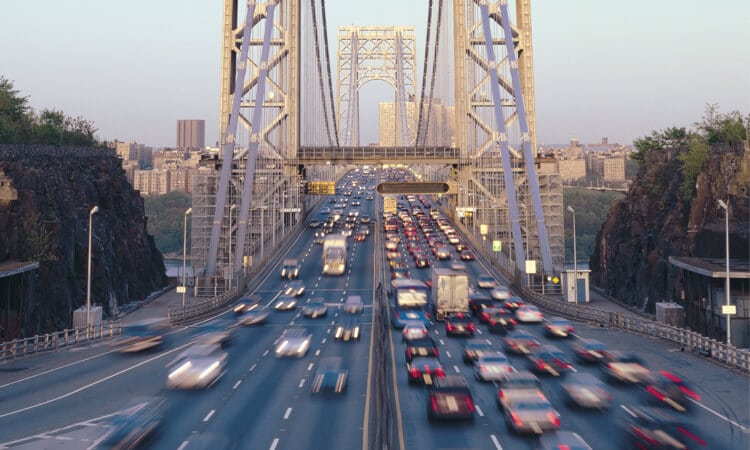 New Jersey has found itself a lucrative new revenue stream since the opening of legal, regulated sportsbooks in mid-2018.

According to numbers calculated by NJ Online Gambling, the state has taken in $165.5 million in taxes on sports betting through November 2021. Assuming another big wagering month of football in December — figures will be announced in mid-January — let’s round it up to $180 million in the post-PASPA era.

But much of that money was collected from frustrated New Yorkers who insisted on betting legally and crossed the Hudson River by various forms of transportation to make their wagers.

That “bonus money” for New Jersey figures to slow considerably with the launch of four legal sportsbooks in New York as soon as 9 a.m. on Saturday, when FanDuel, DraftKings, Caesars, and BetRivers begin taking bets.

Five other operators — Bally Bet, BetMGM, PointsBet, Resorts World, and WynnBET — all may well launch by the end of January.

Getting to a firmer tax figure

How much did that bonus New Jersey collected from New Yorkers amount to in 3½ years? There are estimates, at least.

A study by the Eilers & Krejcik gaming research firm concluded that in 2019 — the first full year of sports betting in New Jersey — about 25% of market leader FanDuel’s mobile sportsbook revenue and 20% of rival DraftKings’ came from the pockets of New Yorkers.

Using the 25% ratio for all sportsbooks in New Jersey, and the $180 million end-of-2021 tax estimate, the total windfall from New Yorkers has been about $45 million. That drops to $36 million using the 20% figure.

Some in the industry are skeptical that the New York share of the gambling pie is quite that high. But even if the former figure is two times too high, that still would mean that the Garden State has enjoyed a $22.5 million bit of largesse thanks to New York’s tortoise-like pace in launching mobile sports betting.

New Jersey particularly benefited from a boom in handle in 2021 — after a half-year of revenue in 2018, a fledgling full launch in 2019, and a COVID-ravaged year of 2020. More than half of the estimated $180 million in tax revenue in the legal sports betting era came in between January and December 2021.

The question now is how much tax revenue from New Yorkers can New Jersey still salvage?

The first question, which will be partially answered on Saturday, is whether New York books will offer the same betting lines as those books offer in New Jersey.

Pennsylvania’s high tax rate of 36% — far higher than New Jersey’s 8.5% on brick-and-mortar wagers and 13% for online bets — led to theories that Pennsylvania’s 2019 launch would produce grim wagering lines. But that has not panned out, no doubt in part because many Keystone Staters live within striking distance of New Jersey and could choose to simply cross the border to take advantage of better lines — or choose to play at a different Pennsylvania online sportsbook offering more reasonable lines.

New York has set a 51% tax on gross wagering revenue, on an industry that already operates with relatively low profit margins roughly between 5% and 10%.

Also, some of the sports betting tax revenue that New Jersey collects from New Yorkers comes from visitors to Atlantic City casinos who place some in-person wagers as part of their gambling experience.

No New York City-area casino licenses can be issued before December 2022, after which up to three such licenses are expected to be awarded. If Yonkers Raceway and Aqueduct’s racinos get upgraded to full-fledged casinos with live-dealer table games like poker and blackjack plus sports betting, that eventually will lead to more gamblers “staying home” in New York.

Still, the discrepancy in the tax rates means that billion-dollar gaming operators — such as MGM, which in 2019 bought Yonkers Raceway for $850 million — may seek to keep their biggest spenders going to Atlantic City and the Borgata casino, since a much lower percentage of the winnings from such gamblers would be diverted to a state treasury in taxes.

Finally, New York’s launch of mobile sports betting will be a boon for New Jersey and Connecticut gamblers who like to bet on in-state college teams.

All three states ban bets on their own universities’ games, but allow it on all other games. So a UConn or Rutgers or Seton Hall basketball fan who lives within a reasonable distance of the New York border will now be able to cross over and place bets on those teams.

New Yorkers keen on schools such as St. John’s or Syracuse, meanwhile, have been able to bet on those teams in New Jersey since June 2018 and in Connecticut since October 2021.

Just over $9.7 billion was legally wagered in New Jersey in 2021 through November, meaning the full-year figure will rise well above $10 billion in a state with about 9 million residents.

Since New York has a shade over twice as many residents and since New Jersey’s handle has shown no sign of peaking, a $20 billion annual handle is well within New York’s reach in the first year or two.

If that leads to more than $1 billion in gross sports betting revenue, then New York could be sitting on a windfall of $500 million or more annually in tax revenue.

But will that onerous tax rate — as virtually all in the gaming industry call it — impact consumers and the amounts they bet in New York? The first clues will come when the first betting lines come out on Saturday.