New Jersey bettors wagered more than twice as much on the 2021 Super Bowl as they did in 2020 — and lost big on the Bucs-Chiefs game.

The Tom Brady vs. Patrick Mahomes quarterback matchup for Super Bowl LV on Sunday was widely seen as the greatest such matchup in the 55 contests.

New Jersey bettors seemed to think so, wagering a staggering $117.4 million — more than double the $54.3 million bet just one year earlier on The Big Game.

And after two years of the sportsbooks taking a Super Bowl beating, the books struck back in 2021, with a hold of $11.3 million, or a robust 9.6%. This is according to preliminary data posted Monday night by the state Division of Gaming Enforcement.

In 2020, the sportsbooks at Atlantic City casinos and state racetracks — as well as almost two dozen mobile books — took a loss on the Super Bowl of $4.3 million for a “negative hold” of 7.8%.

That means that the books in New Jersey for three Super Bowls collectively have a modest $2.5 million in gross revenue on $206.5 million risked by bettors, for a winning margin of 1.2%.

The betting numbers in context

Those months were at the height of the COVID-19 pandemic’s impact on the holding of major sporting events, but the Super Bowl tally stands out nonetheless.

The Super Bowl handle gives a turbocharge toward the state exceeding February 2020’s handle of $495 million. It’s also not difficult to infer that the presence of Brady and Mahomes and their Tampa Bay Buccaneers and Kansas City Chiefs squads will lead to a boost in January 2021 handle — results of which will be announced next week by DGE.

Sportsbook operators paid out $50 million in taxes from their gross gaming revenue (GGR) in 2020 of $6 billion.

Assuming the pandemic doesn’t stage a grim comeback and nothing else catastrophic arises, it’s not difficult to imagine at least $10 billion being wagered in the state in 2021.

The state collects 8.5% of the GGR from brick-and-mortar sportsbooks and 13% from their mobile cousins.

The good news for New Jersey taxpayers is that 90% and more of wagers are being placed with the mobile books each month.

That means that taxpayers can expect a combined payout from the books of more than $1 million from Super Bowl Sunday alone. The books totaled just $17 million in revenue in February 2020, in part due to The Big Hit in The Big Game. That produced just $2.2 million in tax revenue for the month.

Read between the lines, and New Jersey may well end 2021 with $100 million in tax revenue from the state’s legalization of sports betting.

That’s $100 million more than the state got from 2017 and earlier, when sports betting was rampant in the state — but all of it was illegal.

Then along came a 2011 referendum in New Jersey that was approved with the intention of taking down Congress’ Professional and Amateur Sports Protection Act of 1992.

A mere seven years and much melodrama later, the U.S. Supreme Court voided PASPA and opened the door for any state to offer Las Vegas-style sports betting.

It does seem appropriate, though, that New Jersey residents — the very folks who started the revolution — so far are benefiting the most in terms of taxes collected. 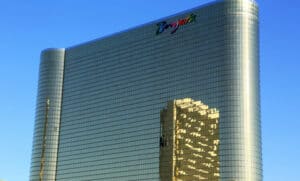