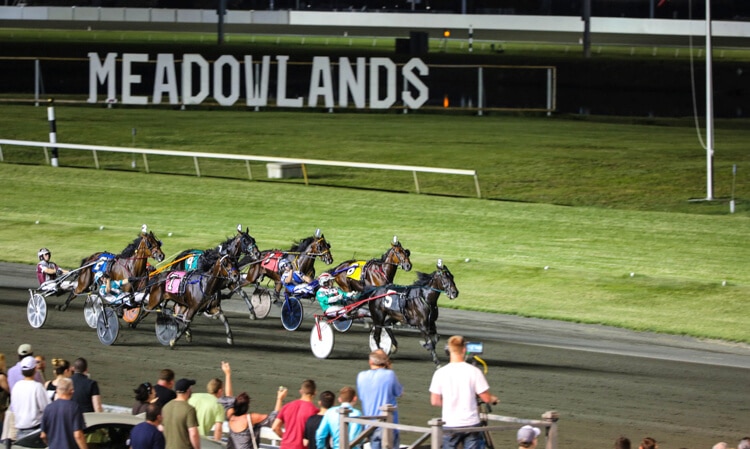 The Meadowlands Racetrack and Freehold Raceway have been holding harness races since 1976 and the mid-19th century, respectively.

And under a bill signed into law by Gov. Phil Murphy this week, the two tracks — as a condition of retaining their lucrative sports betting license partnerships — will have to continue to do so.

“The horse racing industry relies on thousands of jobs, from veterinarians to trainers and many others, and generates millions of dollars in tax revenue while also supporting open space,” bill sponsor Ronald Dancer — an assemblyman who is son of legendary harness racing driver and trainer Stanley Dancer — said in a statement. “My bill will protect this vital industry while making sure fans can continue to experience the excitement and thunder of harness racing in New Jersey.”

Assemblyman Ralph Caputo, one of the sponsors of the bills, told NJ Online Gambling on Thursday that the bill protects the standardbred owners from currently unforeseen changes in the business plans of the harness racetrack owners down the road.

Thoroughbreds are a different breed

The state also has one thoroughbred racetrack, at Monmouth Park in Oceanport.

But the ownership structure there is far different, with the New Jersey Thoroughbred Horsemen’s Association owning the track, and with former state Racing Commission Chairman Dennis Drazin — coincidentally a cornerstone of the six-year legal battle by New Jersey that led to the U.S. Supreme Court in 2018 opening the door for Las Vegas-style sports betting in any state that wants to approve it — running the operation via his Darby Development company.

That leaves no incentive for that ownership group to end racing — the horsemen would be putting themselves out of business in the state — or to unreasonably limit the number of race dates.

Why the need for the minimum race dates law? Some legislators no doubt recalled the history of Atlantic City Race Course, which opened to great fanfare in 1946 with glamorous shareholders such as Frank Sinatra and Bob Hope in the fold. But like its brethren in the state, the thoroughbred track located in the Atlantic County suburb of Mays Landing had its fortunes diminish in the 1980s and 1990s.

By 1998, the track began offering racing only for a meager four to 10 days per year — a tactic designed to allow the facility to continue to retain its profitable simulcasting permit since it still could declare itself a racetrack.

A plan more than a decade ago to refurbish the racetrack and add a hotel and conference center as well as a large office park fell through, and the track closed for good in 2015.

The book on the sportsbooks

The Meadowlands and its mobile sports betting partners — FanDuel, PointsBet, and SuperBook — have produced a prodigious $421.8 million in revenue in the first 11 months of 2021, and Friday’s announcement of December financial figures will push the total close to $500 million for the calendar year.

Monmouth Park and its online partners theScore Bet and Play SugarHouse have produced $33.5 million through November, while Freehold’s “team” that includes Barstool Sports and now-embattled PlayUp is at $20.8 million. The nine Atlantic City casinos and partners have combined for $280.5 million so far in 2021.

In November, the racing commission approved 90 racing dates for the Meadowlands and 85 for Freehold, with that number matching the 2021 schedule for the Big M while Freehold added three race dates. That’s 24 more than the new mandated minimum of 151 standardbred dates.

Monmouth Park will have 71 race dates, up nine from last year, including 11 cards on the turf at the Meadowlands in early fall. The Oceanport race total is up seven from last year, and the “Monmouth-at-Meadowlands meet” will feature two additional dates.