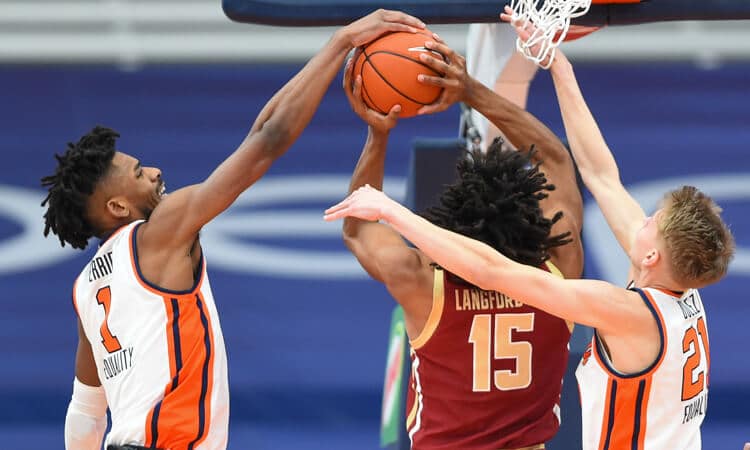 December was essentially just a rounding error away. January was close. February wasn’t, but it wasn’t expected to be.

But what about March Madness?

Turns out that a world — in this case, a month — without a football game to bet on is not going to get New Jersey to the $1 billion handle mark.

So after much anticipation in the U.S. gaming industry, the numbers released Friday by the New Jersey Division of Gaming Enforcement clarify that the next big chance for the milestone won’t come before September.

One consolation: The March number dwarfed the $181.9 million bet in March 2020, when the COVID-19 pandemic began its first surge just in time to cancel college basketball’s March Madness and to shut down almost all sports in the U.S. and around the world.

One key record was broken in March: Online casino revenue reached $113.7 million. That broke the mark of $103.8 million set in January, with February — with only 28 days — showing a result of $93.8 million.

That’s the 13th straight month that NJ online casino revenue has cleared $80 million — accounting for all of the pandemic era.

The industry first broke $50 million in January 2020, when COVID-19 was still of little concern to most Americans.

With casinos still operating at limited capacity in the early days of spring, many gamblers seem likely to maintain their preference for online casino play for at least another month or so. Will the summer see a flip — booming brick-and-mortar numbers but a significant step back for online? If so, it’s a trade casino owners are willing to make, since they don’t split the in-person profits with online casino company partners.

The Meadowlands Racetrack and its online sports betting partners FanDuel and PointsBet — soon to be joined by Las Vegas-based Superbook, it appears — again took the lion’s share of the revenue. That would be $31.3 million out of $61.8 million for the industry in March.

Resorts Digital, thanks mainly to its agreement with betting and daily fantasy sports giant DraftKings, was a solid second at $14.1 million.

Borgata and its partners raked in $6.3 million, to $2.3 million for arch rival Ocean Casino. Harrah’s finished last in the nine-casino field with just $24,686 in revenue for the month. Even relative newcomer Freehold Raceway managed to take in $130,699.

Parlay bettors slightly improved in March, dropping the year-to-date “hold” on such bets down to a still-robust 19%. Basketball bettors have been relatively sharp, winning back all but 3.5% of their money risked.