The $1.3 billion wagered in October eclipsed the record $1 billion risked in September 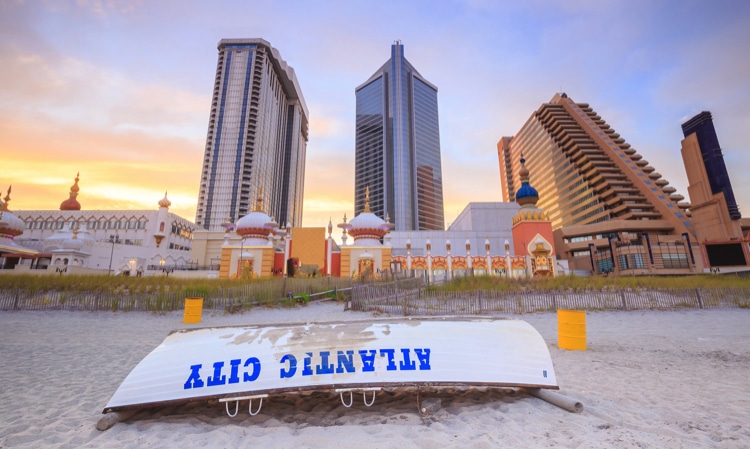 The $1.01 billion wagered in New Jersey on sports bets in September sounded like a lot — and it was, setting a U.S. record.

But on Wednesday, the state Division of Gaming Enforcement announced that in October, the state’s handle climbed to yet another monthly record: $1.30 billion. That includes more than $1 billion wagered online, with a mere $124.2 million plunked down at state racetracks and Atlantic City casinos.

Sportsbook operators also claimed a U.S. record $84.2 million in hold for the month, edging out the $82.4 million for September. More than half of the sportsbook revenue was claimed by the Meadowlands Racetrack and its FanDuel, PointsBet, and SuperBook online partners, while nearly $16 million went to Resorts casino and its mobile partners (DraftKings and FOX Bet).

With $8.45 billion already wagered in 10 months and with college and pro basketball in full swing, it’s clear that the final 2021 figure for bets will easily clear $10 billion.

The venerable Freehold Raceway was the last of the three state racetracks and nine Atlantic City casinos to offer sports betting, with its September 2020 launch at the track lagging more than two years behind many rivals. Freehold announced a partnership with Australian-based sportsbook PlayUp in January, and Barstool launched its mobile sports betting site as a Freehold partner as football season began in early September.

In August — a slow month for sports — the Meadowlands track and its partners took in $26.9 million compared to Monmouth Park’s $2.2 million and Freehold’s $885,000. The Meadowlands group claimed $41.3 million in September, Monmouth took in $2.9 million, and Freehold — aided greatly by “the Barstool Bump” — jumped to $4.3 million.

Last month, Freehold again outpaced Monmouth Park for sports betting at $7 million vs. $4.5 million in the banner month across the board. Aside from Resorts with DraftKings, Borgata also was a key player along with partner BetMGM, taking in $8 million on sports bets.

As for brick-and-mortar, Borgata again took the top spot at $61.7 million in revenue — almost one-fourth of the industry’s overall total of $237.5 million. That figure was up 50% from pandemic-ravaged October 2020 numbers, which was the biggest jump of any of the city’s nine casinos.

Newcomers Hard Rock ($37.4M) and Ocean Casino ($30.1M), which each opened in June 2018, claimed their now-traditional second and third spots.

Of the $3.9 billion in revenue attributed to the casinos in 2021 — including money kept by sportsbook and online casino partners — $2.1 billion was collected at the city’s brick-and-mortar casinos. On the sports betting front, more than half of the $608 million in “completed wagers revenue” in 2021 has come through multi-leg parlay bets, which have produced a 17.1% return for the sportsbooks, compared to returns of just 3.9% on straight-up basketball bets and 3.2% on similar football wagers.