The NJ horsemen and sports leagues put their arguments on hold temporarily while awaiting a Supreme Court decision on PASPA damages case.

After continuing a legal war of words earlier this month, the New Jersey Thoroughbred Horsemen’s Association backed off and will now await a U.S. Supreme Court decision on whether to hear five sports organizations’ appeal in a $150 million lawsuit.

A judge’s ruling on Thursday laid out the paths forward depending on what the top court decides.

The horsemen have sought damages due to being improperly prevented from offering sports betting at Monmouth Park from 2014-18. Federal law at the time prohibited it, until the nation’s top court found it unconstitutional to limit almost all such wagering to Nevada.

The horsemen seem to be on relatively firm ground in seeking collection of a $3.4 million bond from 2014 for a four-week period while a U.S. district court judge considered whether to issue a permanent injunction.

The trickier aspect is whether the NFL, NCAA, NBA, NHL, and MLB — which originally sued the state of New Jersey in 2012 and, soon thereafter, the horsemen as well — are responsible for damages to those horsemen in the subsequent period.

The leagues insist that the judge who backed the injunction was simply following the original guidance at the time from the U.S. Third Circuit Court of Appeals.

But a Third Circuit panel last fall ruled that the judge’s rationale in 2014 was irrelevant compared to the fact that the horsemen were damaged by a 1992 federal law that should never have been passed because of its unconstitutional nature.

The leagues have argued that their March 9 petition for certiorari to the Supreme Court should supersede any action at the state level. The horsemen had still been seeking to move forward on their requests for “discovery” — evidence such as acquisition of unredacted depositions from 2012 from various executives of the sports leagues who claimed “irreparable harm” would come from state authorization of sports betting beyond Nevada.

The claim seems antiquated at this point, given the lack of any visible damage to the leagues or the NCAA from sports betting that has been offered in an increasing number of states from mid-2018 until a near-total shutdown of sports in mid-March.

On Thursday, U.S. District Court Judge Lois Goodman endorsed an agreement by the horsemen to “hold all tickets” on further discovery efforts until the Supreme Court says yea or nay to taking the case.

The two sides agreed, however, to separate paths forward depending on whether the top court shows its hand on the matter before the traditional June 30 end of session.

If the court does not rule either way, the parties agreed to contact Judge Goodman by July 10 to set up a management conference to determine the next steps.

If the top court agrees to take the case — a 100-to-1 long shot, typically, but recall that the long shot “won” in the prequel to this case that led to the go-ahead for any state to offer sports betting — then the case remains on hold until an ultimate disposition is reached.

And if the Supreme Court says no?

If the court denies the leagues’ petition appealing a fall 2019 ruling by the Third Circuit that favored the state, then the leagues must file opposition papers to the horsemen’s motion to move forward within 28 days of such a denial by the Supreme Court.

Then the horsemen would have up to 28 days after such a filing to state their own case to the U.S. District Court, with the leagues’ rebuttal coming within 10 days after that date.

The truce of sorts comes in a period which had proven contentious in recent weeks. Just last Friday, an attorney for the leagues in a footnote to Judge Goodman had claimed that the attorney for the horsemen had “incredulously feigned surprise” that the leagues had sought to suspend the case pending Supreme Court action or inaction.

Another footnote claimed the same attorney “disingenuously” suggested that the leagues should have consulted him directly before making a formal request to Judge Goodman.

But for whatever reason — blame it on the COVID-19 virus? — the horsemen have now backed off, and the case moves into limbo as it awaits disposition by the Supreme Court. 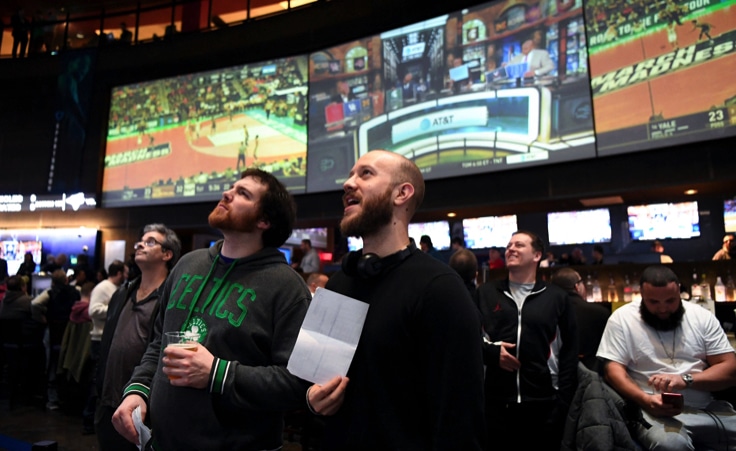 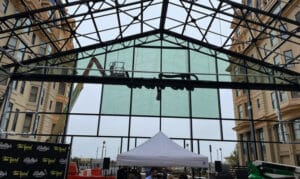