New Jersey has been enjoying an edge on New York regarding legal sports betting for more than a year, with the lack of retail options within 90 miles of Manhattan and with the absence of mobile sports wagering anywhere in the Empire State.

But will that advantage extend to full-scale casinos as well? Not if MGM Resorts gets its way — and not if New Jersey doesn’t revive its North Jersey casino plans.

MGM’s points were underscored recently when CEO Jim Murren made his most extensive sales pitch yet for his Yonkers Raceway property to the Business Council of Westchester, per Real Estate Weekly.

MGM finalized its $850 million purchase of the venerable harness racing site and its adjacent Empire City Casino that so far is not a full-fledged casino. Murren wants live-dealer table games and sports betting added to the site’s portfolio of horse racing and thousands of video lottery terminals.

Murren somewhat surprisingly referenced MGM’s sporting efforts in Las Vegas, where it built a 17,000-seat arena that is now home to the Vegas Golden Knights of the NHL.

“Sports, whether it’s collegiate, high school or pro, is the future of what we believe to be the entertainment experience,” Murren told the audience. “We want to bring a lot of that content and experience to Westchester County.”

Or more succinctly, Murren said, “You want to see Lady Gaga? I can bring her to Empire City.”

That is, if he gets approval for converting the 97-acre site a dozen miles north of midtown Manhattan into a full-scale casino. That would then be expected to lead to a major building boom on the property, including a luxury hotel and a major sports and entertainment facility.

As part of MGM’s purchase of the Yonkers site, the company agreed to pay an additional $50 million if it gets live-dealer table games by the end of 2022. But the real prize would be the $500 million that New York State elected officials say that both Yonkers and Resorts World Aqueduct in Queens are willing to pay to obtain casino licenses as soon as 2023.

That’s when a moratorium on the issuance of three new casino licenses in the New York City metropolitan area is lifted.

Still, there is no guarantee that the two sites get licenses. The Yonkers issue is particularly complicated by the struggles of Resorts World Catskills about 75 miles to its north.

The $1 billion Catskills property relies heavily on a daily helping of busloads of Asian tourists coming from Manhattan. If Empire City winds up offering all of the same amenities, those buses are liable to detour instead to there, almost certainly dooming the Catskills site.

Not just about the money

New York Gov. Andrew Cuomo has sought to boost the fortunes of four economically struggling upstate communities by introducing commercial casinos in the past few years.

When the winning bids were chosen in 2014, the two bids with the highest projected revenues — both in Orange County, located between Yonkers and the Catskills — were rejected.

The moratorium was introduced to offer the upstate sites a head start, not a permanent monopoly. But with the Catskills site open for not even two years so far, even a mere acceleration of talks about Yonkers could hurt the property’s future.

In New Jersey, meanwhile, the stagnation of efforts to bring a casino to the Meadowlands can be credited in part to Yonkers Raceway. The previous owners helped bankroll a multi-million political campaign against a 2016 statewide referendum that was so successful that Meadowlands casino backers such as Jeff Gural abandoned their efforts even before a vote was cast.

There will be no revival of a North Jersey casino proposal before late 2020 — and even approval at that point might be too late to give the state the same first-mover advantage that it enjoys with sports betting.

For all of the jockeying for casino and sports betting licenses taking place in the U.S., decisions by New York and New Jersey on what’s next must rate as the biggest prizes of all. 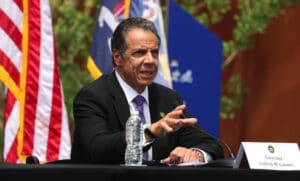