New Jersey Sportsbooks’ Betting Handle In March: Back To A Billion 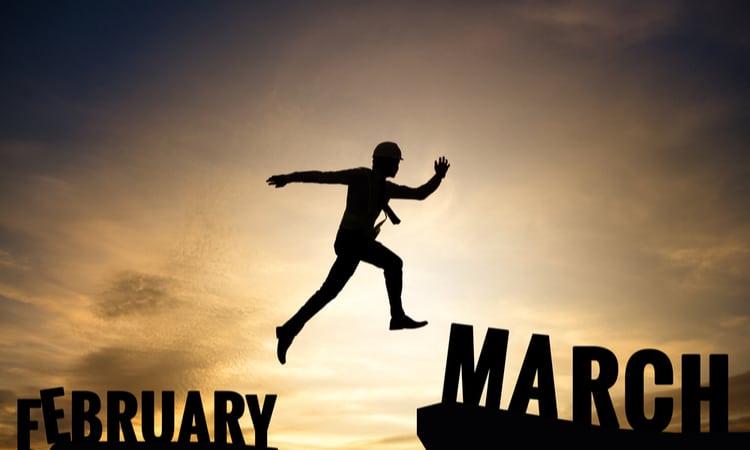 After a near-miss in February, New Jersey sportsbooks cleared the $1 billion mark in March handle, thanks to copious helpings of Madness (even with NCAA Cinderella story St. Peter’s of Jersey City ineligible for wagers in the state).

That’s the sixth time in seven months for that milestone, which first was reached in September as football season got going, with all figures provided by the state Division of Gaming Enforcement. In April, the return of Major League Baseball and the NBA playoffs could give the sportsbooks another chance to reach the billion-dollar threshold.

In the 28 days of February, handle stood at $985.6 million with the help of $144 million wagered on the Super Bowl, and the per-day handle would have again enabled $1 billion if it were a month of normal length.

Revenue-wise, the books beat the bettors in more typical fashion last month, capturing $66.4 million after s sluggish “hold” of just $30.9 million in February. And that’s in spite of a hold of under 15% on parlay wagers in March — well below margins that approach 20% in many months.

A modest $79.5 million was bet on sports in person at the state’s three racetracks and nine Atlantic City casinos. Those wagers were unnecessary to reach $1 billion, as $1.04 billion was bet online in the state — good for 92.9% of the overall sports betting handle.

NJDGE will release their March 2022 gaming revenue numbers today at 2pm. @astraffon and I have set the AlfoJack Power Number 💪 at exactly $1 billion.

Who hauled in the most $ in March?

After slipping a bit in February, the Meadowlands Racetrack and its partners — FanDuel, PointsBet, and, most recently, SuperBook —  once again represented the majority of the sports betting revenue. The group generated $36.9 million of the $66.4 million total in the state, with Resorts and its partners, DraftKings and FOX Bet, claiming $11.7 million, and Borgata/BetMGM right behind at $10.6 million.

While Tropicana, Harrah’s, and Golden Nugget and their mobile partners all lost money on sports betting in February, no books did in March.

Golden Nugget was barely in the black, however, with positive revenue of $328 last month. For 2022, the casino and its partners are down nearly $20,000, while their city rivals all are up six figures or more.

Monmouth Park and its partners ($2.3 million) and Freehold Raceway and Barstool ($1.5 million) outgunned all but the two three casino partnerships for the month.

No COVID, no problem for online casino operators

Even as COVID-19 restrictions — and cases — declined for much of March, that didn’t dent the booming online casino business.

In fact, the $140.7 million taken in by the operators and casinos last month broke the January U.S. record of $137.8 million.

The mostly three-way race for slices of the online casino revenue pie was won last month by Borgata and its partners at $41.4 million, again edging out the Golden Nugget team ($38.3 million) and Resorts Digital ($30.8 million).

The way the online casino revenue trend is going, it seems more likely that the monthly number could eventually climb to $200 million before it ever again falls below $100 million, given a 13-month “winning streak” of clearing the $100 million mark.