New Football League Launches This Weekend — Is It A Good Bet?

NFL season is over and Alliance of American Football season is here, with eight teams, some familiar names, and a pro-betting attitude.

Well, it was fun while it lasted, but months of legal betting on football in eight states is over.

Not that too many people are paying attention, but the Alliance of American Football, a new, gambling-centric eight-team league, kicks off this weekend with a quartet of games.

The Westgate Las Vegas Superbook even has posted “futures” odds on who wins the inaugural title, with the Arizona Hotshots the opening-line favorite at 5/2.

But in New Jersey, it’s not clear if anyone will be able to legally wager on the games. Three of the nearly two dozen brick-and-mortar or online sports betting operators told NJ Online Gambling that this was not on their radar, while another said in response to the question of whether it will post odds, “Yes, if it is approved.”

That would be up to the state Division of Gaming Enforcement, which is said to be mulling the idea but as of Wednesday has not yet responded to a request for comment.

The football league that embraces betting

The league is on firmer ground than one might expect. In fact, a New Jersey resident channel-surfing on Saturday night is liable to be surprised to find the San Diego Fleet visiting the San Antonio Commanders airing on CBS (channel 2 in the New York City-area market). Cable channel CBS Sports Network will broadcast a “game of the week” during the rest of the 10-game season.

The deal with CBS is just one of a number of interesting partnerships the AAF enjoys. The most important may be a three-year deal with MGM Resorts to make MGM the league’s — er, the alliance’s — official sports betting partner.

That goes beyond just point spreads on games. The plan is for the players to don “wearable sensors” that can track anything: the speed of a pass, a player’s biometrics, etc.

That creates unique betting opportunities — and could provide “sharps” another edge. If a running back’s heart rate implies that he is gassed, then betting on him to score a touchdown on the current drive might be foolish.

Meanwhile, players can collect bonuses based on how many prop bets are made on them. In the NFL, a backup quarterback might benefit financially, in the long run, from the starter being injured. In the AAF, he cashes in immediately.

Most pro sports leagues already are exploring the intriguing intersection of technology and measurement of player performance. That has raised concerns among union leaders wary of a player losing control of his own body, so to speak. The NBA currently bars teams from using biometric data in contract negotiations, and does not require the players to participate.

That is a fundamental privacy issue that the AAF may help illuminate in either direction, which should be a good thing for other athletes and leagues.

Which team will win your heart?

Already trying to figure out who will be “your” AAF team?

The Salt Lake City Stallions have been installed at 4/1 to win it all, with three franchises at 5/1: the Commanders, the Orlando Apollos, and the Atlanta Legends.

Love a long shot? The Fleet, the Memphis Express, and the Birmingham Iron are all 10/1.

Maybe a key player or coach will catch your eye:

Not exactly the NFL

One of the tweaks of football rules by the AAF should be instituted by the NFL immediately: Instead of onside kicks — which now are nearly impossible to convert due to safety-related rules changes — to try to gain an extra possession, teams instead will be granted a 4th-and-10 play from their own 35-yard line.

We assume that the PlayMGM app, which partners with Borgata casino in Atlantic City, will eventually be on board with gambling on the league in New Jersey. But no odds for this weekend’s games had posted as of Wednesday morning. 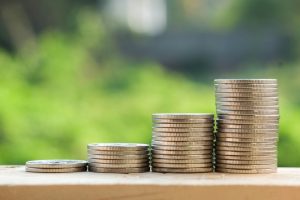 The Perfect Fit: Finding The NJ Online Sportsbook That’s Right For You This NFL Season