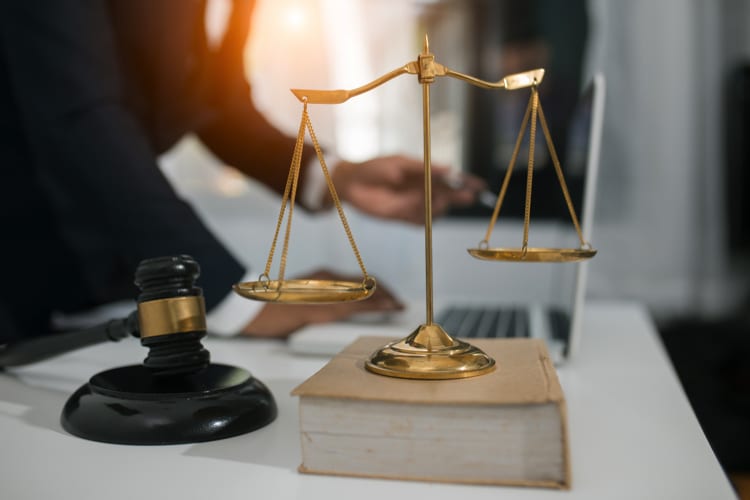 The state legislature’s attempt to rewrite the terms of a consent order reached with Atlantic County in 2018 regarding payments by Atlantic City’s nine casinos may be upended, a Superior Court judge ruled on Friday.

While the judge, Joseph Marczyk, declined to overturn a bill signed into law by Gov. Phil Murphy in late December, Marcyzk added that the state “is subject to sanctions and/or damages” that will be calculated at a court hearing in March. That route may give county officials what they have sought: redress to make the county whole on the payments-in-lieu-of-taxes (PILOTs) that were agreed upon four years ago.

The previous settlement had directed 13.5% of the PILOT money from the casinos’ gross gaming revenue to Atlantic County. But the new law exempted online casino gaming and mobile sports betting revenue, with the latter amounting to almost 90% of all sports betting. Brick-and-mortar sportsbook wagers make up the other 10% or so.

Atlantic County officials have estimated that the updated law could cost its residents almost $30 million over the next four years.

County left out of the loop

Negotiations with casino owners, who note that the majority of revenue from online gambling is kept by its partners who run those operations, do not appear to have considered the county’s wishes.

“At no time throughout this process, including the writing of the bill, its movement through the state legislature, and its signing by the governor, has anyone from the state, the casinos, or Atlantic City [government] picked up the phone to discuss this issue with me or anyone affiliated with county government — and we are a primary stakeholder in this issue,” Atlantic County Executive Dennis Levinson told The Press of Atlantic City in January.

There are other curiosities with this legislation as well. Atlantic County Assemblymen Vince Mazzeo (who since has left office) and John Armato — the original sponsor of the bill — both voted against the legislation, with Armato removing his name as sponsor.

While Levinson’s comment that “this may be the first time in state history that a legislator voted against a bill he originally sponsored” may be a bit hyperbolic, it is true that the sentiments of legislators whose constituents are most directly impacted by a bill tend to be given great deference.

Also, in January, Judge Marczyk told the parties it would be “prudent” to hire a mediator to attempt to resolve the issue. Levinson agreed, but state officials declined.

“I question why this new legislation was needed and why it was rushed through without any discussion,” Levinson said. “And I would ask the public to consider why the state does not see fit to mediate and settle this dispute without costing our taxpayers even more time and money to return to court.”

The issue of revising gross gaming revenue calculations for casinos was backed last year by state Senate President Stephen Sweeney — who continued that push even in a lame-duck session after losing his seat in the November election.

In early December, Sweeney dramatically told a Senate committee that without passage of his bill, “we are at risk of four casinos closing.”

“I do not want that to happen,” Sweeney said. “I don’t want to have a situation where it’s, ‘I told you that place was going to close, and it closed.’ I don’t want to get to say I was right. Are we better off collecting less taxes and having more people work?”

Sweeney also told the committee that the original terms of the PILOT deal were “a mistake.”

The talk of shuttered casinos evoked unpleasant memories — particularly for South Jersey lawmakers — of the actual closure of four Atlantic City casinos in 2014 (and a fifth, Trump Taj Mahal, in 2016). But Sweeney would not name the allegedly endangered facilities, and Levinson called the claim “preposterous.”

Atlantic County Assemblyman Don Guardian, the former mayor of the city, countered that perhaps “one casino” was in jeopardy and might need financial relief.

The game has changed

There have been two key developments since the 2018 PILOT payment revenue-sharing agreement was reached between the county and the state in late April of that year.

Just a few weeks after the deal was signed, the U.S. Supreme Court struck down a 26-year-old federal law limiting Las Vegas-style sports betting to Nevada. Since then, the amount of money wagered in New Jersey — more than $1 billion per month since September — has well exceeded initial projections.

Online casino gaming revenue, meanwhile, has skyrocketed in the past several years as consumer awareness of the amenity grew via marketing, with shutdowns due to the COVID-19 pandemic further fueling growth. Hence, $298.7 million in revenue in 2018 ballooned to $1.37 billion in 2021.

Last year, brick-and-mortar gambling revenue was $2.51 billion, with the combination of online casino and mobile sports betting reaching just over an additional $2 billion. So taxing casinos fully for revenue across the board would mean that casinos are losing out, because only a portion of the online revenue is held by those casino operators.

Instead, the new law means the county loses out — so far — because the casinos contribute no PILOT payments at all for internet bets, even though operators pocket a portion of that money. There has been no public suggestion of a compromise to bill the casinos a pro-rated amount equivalent to the amount of revenue that companies retain from mobile wagering.

Guardian explained at that December hearing in Trenton that casino operators four years ago pushed for a flexible PILOT figure because then if the industry continued to decline as feared, the amount owed would decline as well. Instead, online gaming revenue has soared — increasing the PILOT amount owed.

“Now we know that was a bad bet [for casino operators], but we shouldn’t be paying for that bad bet,” Guardian said.