The Brooklyn Nets and Los Angeles Lakers are favored by sportsbooks to meet each other in the NBA finals, and they battle each other tonight. 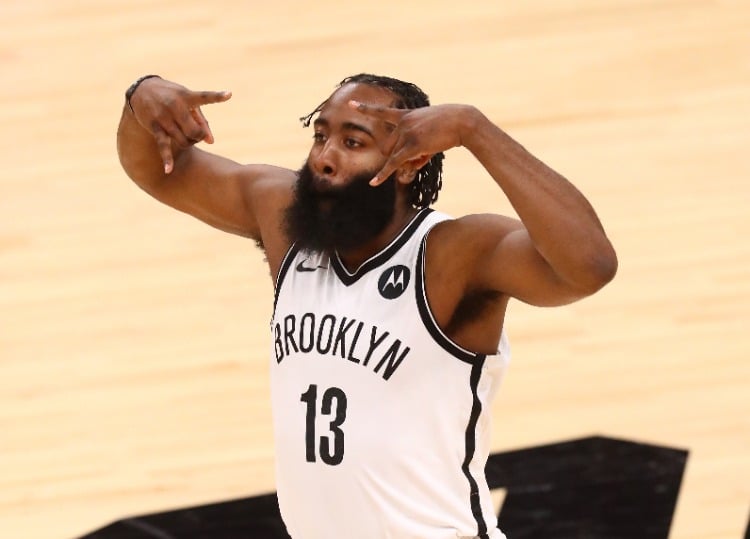 Tonight’s battle between the Brooklyn Nets and the Los Angeles Lakers was setting up to be a regular Ali-Frazier type of affair.

But due to the fact Kevin Durant is still out with a hamstring injury and Anthony Davis is out with an achilles injury, the nationally televised battle between the two teams favored to meet each other in the NBA finals is less Ali-Frazier and more … well, maybe Foreman-Cooney? I mean, you still want to watch, but it’s not exactly what you signed up for.

Nonetheless, it sets up as a terrific matchup on paper. Sportsbooks are pretty much in sync on this one, with the Lakers installed as two-point favorites with a healthy over/under of 237, though some books boosted it up to 237.5. The Lakers are the moneyline favorite at -130.

And yes, these two teams are currently the favorites to win their conferences and meet in the finals. Best odds for taking home the title? For the Lakers, it’s a currently boosted +280 at FOXBet and a standard +250 everywhere else. For the Nets, their best odds can be found at DraftKings, FanDuel and FOX, all at +400.

James is the focal point

For this game, all eyes will be on LeBron James, the current MVP favorite at +180 on DraftKings. When James shares the court with fellow all-star Anthony Davis, his usage rate sits just north of 30%; take Davis out, it jumps to nearly 34%.

Another pair of players — guard Denis Schroeder and center Montrezl Harrell — also see their usage undergo massive bumps with Davis off the floor.

But it’s almost certainly going to be the James Show tonight, taking into consideration the nationally televised nature of the game, along with James going up against former Cleveland teammate Kyrie Irving and a rejuvenated and soaring James Harden.

Harden has carried the Nets the past few games, including a rousing 38-point, 11-assist performance Tuesday night against the Phoenix Suns to lead the Nets back from a 24-point deficit.

Currently, Harden’s MVP odds are all over the map, from a low of +4600 at FanDuel to a high of +6600 at DraftKings. Somewhat surprisingly, these odds have taken a hit in recent weeks. For instance, when Harden first came over to the Nets, his MVP odds were at +4000 at DraftKings.

And right now, at +6600, it’s not the worst wager. Basically, is there less than a 66-to-1 chance that Kevin Durant limps through the regular season and Harden goes completely bonkers, leading the Nets to victory after victory?

In fact, if Harden manages to lift the Nets over the Lakers with a vintage performance, it might be the last time his MVP odds are anywhere near that +6600 mark.

A few other odds and ends

Meanwhile, Kyrie Irving is expected back after sitting out the Suns game with a sore back. His MVP odds at DraftKings are sitting at +15000, the same as the injured Anthony Davis.

Interestingly, outside of James’ short MVP odds and both teams’ short title odds, there’s not much else out there when it comes to betting on individual performances.

Harrell is +2000 on DraftKings to win the 6th Man of the Year award, but right now, it would seem Jordan Clarkson of the Utah Jazz has a stranglehold on it at -305.

Davis is +600 to win the Defensive Player of the Year, but injury concerns will obviously have a profound effect on those odds.

Lastly, over at FOX Bet, Frank Vogel and Steve Nash are at +1400 and +1500, respectively, to win Coach of the Year, but if we’re being honest, these two teams, with all their talent, well … Gerry Cooney and George Foreman could probably coach these teams to the playoffs. 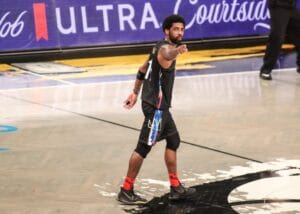 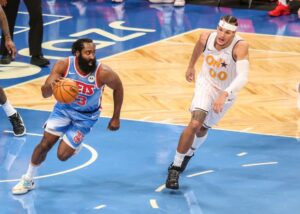