An NJ assemblyman has introduced a proposal that would allow for "entity wagering," similar to what Nevada legalized five years ago.

Five years after a similar bill became law in Nevada, a New Jersey assemblyman has introduced a proposal that would allow for “wagering by business entities with horse racing and sports pool operators” — often described as a “mutual fund” for sports bettors.

Assemblyman Raj Mukherji, D-Hudson County, introduced the four-page A5138 bill late last week so that “funds pooled together from different investors [would be]  used by fund managers to wager on various sporting events in an attempt to produce a profit for investors. The business entity’s gains or losses would be shared by each investor in proportion to his or her equity share.”

But the so-called “entity wagering” has been seen as a failure in Nevada, with very few Las Vegas sportsbooks expressing interest in the gambling variation. And on Tuesday, a prominent New Jersey sports bettor sharply criticized the bill.

Last year, the powerful Securities and Exchange Commission filed charges against Bettor Investments LLC and its CEO, Matt Stuart, for “the fraudulent and unregistered offer and sale of interests in a sports betting venture.”

According to the SEC’s complaint, “beginning in March 2016, the defendants raised a total of approximately $145,500 from roughly 70 investors across the United States by selling the sports betting interests without SEC registration or an applicable exemption.

“In addition, the SEC alleges that, in late 2016 and early 2017, Bettor and Stuart refunded some of the investors’ money and converted the remaining investors’ funds into promissory notes with supposedly ‘guaranteed’ rates of return.

“In so doing, the complaint alleges, the defendants misrepresented to investors numerous significant facts, including the losses Bettor and Stuart had already incurred, how those losses would be apportioned among investors, the current value of the investments, the risks associated with the investments, Stuart’s compensation, and the use of investor funds.”

“Up until now, NJ has been a shining example of what legal sports wagering can be in the US. I’m proud to be a resident and professional bettor in the state. However, entity wagering is a dark path dominated by con men and egregious management fees.

“Nevada’s foray into entity wagering has resulted in numerous investigations from the state’s securities office as well as the SEC. The gaming industry does not support it. Consumer advocates do not support it.

“In short, most entities can’t beat the market and will extract their personal profit with egregious management fees.

“Entity wagering is not a practical concept in nascent days of legalized sports betting. Maybe some day when true liquidity is measured via an exchange. However, not now. It would be a detriment to consumers in the Garden State.”

The bill signed into law in Nevada in 2015 was backed by a campaign spearheaded by CG Technology, and its passage led company general counsel Quinton Singleton to declare in a statement: “This is a victory that further promotes Nevada as the epicenter of sports wagering in North America.”

In 2016, CG Technology became the first Las Vegas operator to accept such “entity wagers” — with Bettor Investments and Stuart as the first customers, in spite of some concerns about the feasibility of that form of betting.

By the end of 2017, disgruntled Bettor Investments clients already had filed complaints against Stuart and the company with the state attorney general’s office — foreshadowing the later SEC charges.

In 2018, the SEC filed charges against another sports betting fund, Contrarian Investments, for similar reasons.

Although CG Technology — previous known as Cantor Gaming — had its Las Vegas sportsbooks such as at The Venetian and The Cosmopolitan taken over by British bookmaking firm William Hill three months ago, an official at William Hill recently told NJ Online Gambling that the Meadowlands sports betting skin was not part of the transaction.

Mukherji, the assembly’s bill sponsor, does not represent the East Rutherford town that is home to the Meadowlands Sports Complex. But he does represent a nearby district that includes a portion of Jersey City — home to countless large-scale financial companies.

Deja vu all over again?

The New Jersey bill echoes the Nevada version in many respects.

Nevada: “A person who willfully violates, attempts to violate, or conspires to violate any of the provisions of subsection 1 of NRS 463.160 or section 3 of this act is guilty of a category B felony and shall be punished by imprisonment in the state prison for a minimum term of not less than 1 year and a maximum term of not more than 10 years, by a fine of not more than $50,000, or by both fine and imprisonment.” 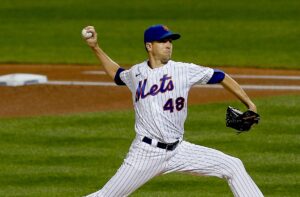 Atlantic City Casinos And NFL Action: Back To Normal, Almost