A horse owner banned by U.S. Trotting Association remains welcome to race at the Big M 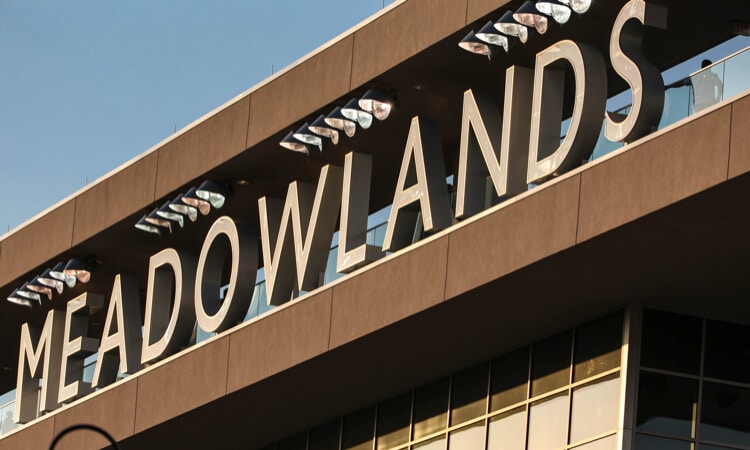 Meadowlands Racetrack owner Jeff Gural has emerged as a leading force in a battle to eradicate doping from the horse racing industry.

In fact, just last month Gural won dismissal of a lawsuit filed by eight horsemen who objected to being banned at the Meadowlands and at the two upstate New York tracks — Vernon Downs and Tioga Downs — that Gural also owns.

But following a key guilty verdict in a massive two-year-old federal investigation into doping in the sport, Gural has wound up defending a trainer who admitted to doping involvement as part of her testimony against a veterinarian. A jury on Wednesday found the veterinarian, Dr. Seth Fishman, guilty of two counts of conspiring to violate adulteration and misbranding laws and the manufacture of PEDs administered to racehorses by corrupt trainers.

One of the witnesses, Adrienne Hall, testified that she administered PEDs obtained from Fishman to her horses, according to Thoroughbred Daily News. Hall testified under a deferred prosecution agreement with the government.

On Tuesday, after Hall testified, she had her U.S. Trotting Association membership revoked.

At least for now, Hall can still race horses in New Jersey because a USTA membership is not required by the state racing commission.

So why would Gural be lenient with such a trainer given his track record against doping? He explained in a statement.

“We disagree with the USTA decision, and we applaud Ms. Hall for coming forward,” Gural said. “To penalize those who testify for the prosecution will only serve to further the already existing notion that ‘saying something will only lead to problems for yourself.’

“It will discourage the type of participation necessary to convict the indicted persons, as Ms. Hall’s testimony has helped on this case.

“The lack of action by the USTA during this five-year effort on our part to get rid of the cheats along with their continued opposition to the [Horseracing Integrity and Safety Act] legislation, which, with some changes, is our only hope of keeping the chemists out, is dangerous to harness racing.

“We have received no support from USTA or any of their members in trying to eradicate the drugs and those who use them from racing. The absence of coverage on ustrotting.com of the Fishman trial proceedings is inexcusable.

“We now have access to Seth Fishman’s customer database files, which contain the names of hundreds of his clients, including several prominent trainers who hopefully can produce records showing what they purchased and why.”

Just days before the COVID-19 pandemic’s spread led to a massive upheaval of life in the U.S., on March 9, 2020, the U.S. Department of Justice shook up the horse racing world.

Federal investigators announced “the unsealing of four indictments charging 27 individuals with offenses relating to the systematic and covert administration of illegal performance-enhancing drugs (“PEDs”) to racehorses competing across the United States and abroad. The Indictments unsealed today each allege the shipment and administration of adulterated and misbranded drugs designed to secretly and dangerously enhance the racing performance of horses beyond their natural ability, a dishonest practice that places the lives of affected animals at risk.”

Manhattan U.S. Attorney Geoffrey S. Berman said at the time, “Today’s unsealing of four indictments for widespread doping of racehorses is the largest ever of its kind from the Department of Justice. These defendants engaged in this conduct not for the love of the sport, and certainly not out of concern for the horses, but for money. And it was the racehorses that paid the price for the defendants’ greed.”

Of the 27 defendants, 19 — including prominent Monmouth Park thoroughbred trainers Jorge Navarro and Jason Servis — were charged in an indictment detailing four conspiracies to manufacture, distribute, and administer adulterated or misbranded drugs.

Servis pled not guilty and is awaiting trial, while Navarro last month was sentenced to five years in prison after pleading guilty on conspiracy charges. Navarro, who at the time of the charges filed against him had won seven consecutive titles at Monmouth Park, is one of nine of the charged individuals who have taken plea deals.