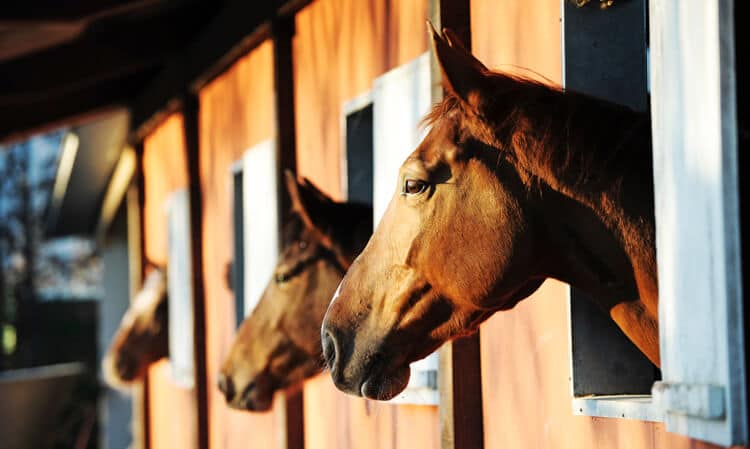 A lawsuit filed by eight horse racing owners who have been banned at the Meadowlands Racetrack for three years should be dismissed because there was no conspiracy, attorneys for racetrack owner Jeff Gural wrote in a recent filing.

“Plaintiffs’ theory is that the Tracks, each as an independent entity, conspired with Gural to exclude other horse owners, even though the Tracks obtained no economic benefit from doing so, as the Tracks do not own horses,” Gural’s attorneys wrote. “The Complaint does not even attempt to plead facts that demonstrate the Tracks are separate entities, let alone explain what would have motivated the defendant racetracks to ‘boycott’ owners. To the contrary, the only plausible explanation for the Defendants’ alleged conduct is that the Tracks excluded Plaintiffs because they are under the common control of Gural.

“That the Tracks were acting at the direction of Gural means that, for antitrust purposes, they were acting as a single economic unit and that there can be no concerted action. That is fatal to Plaintiffs’ antitrust claims.”

The start of the dispute

On March 6, 2021, Gural issued a statement on behalf of Tioga, Vernon, and The Meadowlands which announced that anyone who had stabled their non-racing horses with Rene Allard would have all of their racehorses excluded from racing at the three tracks for a minimum of three years.

Allard was indicted last year as part of a massive federal probe into the industry, and he and fellow defendants were alleged to be involved in a scheme to “manufacture, distribute, and receive adulterated and misbranded [Performing Enhancing Drugs] and to secretly administer those PEDs to racehorses under scheme participants’ control.”

An attorney for Allard has accused Gural of “targeting” Allard at least since 2013, when Gural banned Allard from his tracks due to suspicion of horse doping, and that Allard “has every right to continue training horses, which is his passion and his life’s work.” Gural’s statement also directed that anyone currently in a partnership with any such owner who did not divest themselves of their partnership interest within nine days would also be excluded for a minimum of three years.

“Thus, parties rushed to breach their partnership agreements with Plaintiffs and sell their interests so that they would not also become subject to Defendants’ ban from the premier track in all of harness racing and two other important racetracks,” attorneys for the eight men wrote in a prior filing.

“Defendants executed this group boycott against Plaintiffs even though Plaintiffs had no pending disciplinary action in any jurisdiction or any other action taken against their licenses,” the filing goes on to read. “Moreover, Defendants did not enforce this ban equally, allowing VIP Racing to continue to participate in races at all the tracks. Defendants now try to sanitize their illegal actions by attempting to smear Plaintiffs with the misdeeds of Rene Allard, but there is no allegation that Plaintiffs had anything to do with his alleged criminal conduct. The breathtaking scope of Defendants’ ban shows that it was designed to limit or suppress competition, not to protect horse racing.”

No group, no boycott?

“What Plaintiffs allege is the opposite of a group boycott: Plaintiffs theorize that Defendants excluded Plaintiffs’ horses from Defendants’ tracks, thus steering those horses to competitor racetracks,” they wrote in their filing. “There is no allegation that the Tracks’ alleged ‘boycott’ of certain horses gives Defendants any competitive advantage or causes harm to any competitor at their level of the market. Instead, the Complaint is premised on a theory that the Tracks acted in the absence of any economic motivation to cause injury to entities at another level of the market. Unlike a true group boycott, it is far from clear that the alleged conduct constitutes competitive harm at all.

“Plaintiffs do not dispute the absolutely legal authority possessed by private owners of racetracks to ‘exclude any person without reason, provided that the exclusion is not based on race, creed, color or national origin.’ The Court should grant Defendants’ Motion and dismiss Plaintiffs’ Complaint for failure to state a claim.” 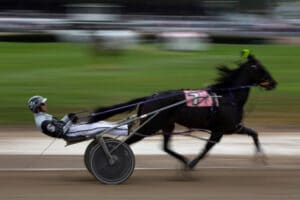 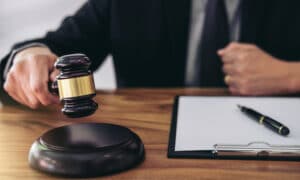