Will Meadowlands’ ‘Eight Men Out’ Case Ever Take The Field? 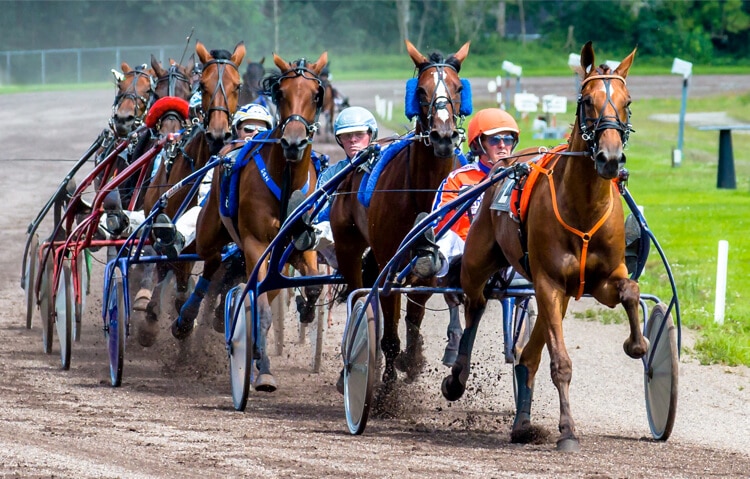 As the lawsuit continues by an octet of horsemen no longer permitted to compete at three harness racing tracks — including the iconic Meadowlands Racetrack — it has become apparent that the eight men are up against a significant challenge even in the early stages.

In a filing by the attorneys for the defendants — Big M owner Jeff Gural and his three tracks in New Jersey and New York — the issue of “legal standing” by the horsemen was directly challenged. That is, are the horsemen entitled to advance to an evidentiary phase?

“Antitrust injury is a necessary element of standing for private antitrust plaintiffs,” the attorneys wrote. “Defendants’ motion to dismiss and reply brief demonstrated that Plaintiffs have not alleged actual harm to competition in any properly defined market.

“Plaintiffs allege speculative harm to themselves — lost potential resale value of their horses, lost earnings from races they may or may not have entered that they may or may not have won, etc. Missing from their complaint is any allegation of harm to competition by the alleged anti-competitive conduct. Taken at face value, Defendants’ alleged conduct drove Plaintiffs to competing racetracks. That is not an antitrust injury, and that defeats standing.”

The dispute arose from a March 2021 announcement by Gural, the nationwide leader in efforts to hunt down individuals in the horse racing industry who have illegally been doping horses, that he would ban any horsemen who had been stabling their horses with trainer Rene Allard. The massive federal indictment in March 2020 included accusations that “horses under Allard’s control had died after receiving adulterated and misbranded drugs.”

In 2019, Allard is alleged to have sent a text to a co-conspirator seeking “red acid,” a performing-enhancing drug well-known in the industry for reducing inflammation in joints. But Gural, who previously has exercised his power to ban suspicious horsemen (including Allard in 2017), acted against the plaintiffs even though a federal judge had allowed Allard to remain in the racing business pending the outcome of his case.

None of the eight plaintiffs have been accused of wrongdoing.

Yves Sarrazin owned 60% of Allard-trained 2019 Hambletonian Oaks winner When Dovescry and is one of the eight horsemen to sue Gural. But in the letter written by Gural this past spring, the racetrack owner dictated that anyone currently in a partnership with any of the eight horsemen who did not divest themselves of their partnership interest within nine days would also be excluded for the same period of time.

“Thus, parties rushed to breach their partnership agreements with Plaintiffs and sell their interests so that they would not also become subject to Defendants’ ban from the premier track in all of harness racing and two other important racetracks,” the horsemen asserted in a recent filing. “The breathtaking scope of Defendants’ ban shows that it was designed to limit or suppress competition, not to protect horse racing. It is a rare antitrust case in which the Defendants announce their conspiracy to boycott competitors openly, in the press. Yet that is precisely what happened here.”

Can one man a conspiracy make?

But the accusation by the horsemen of a “group boycott” against them is unfounded, Gural’s attorneys wrote in last week’s filing.

“There are no allegations that Mr. Gural conspired with other horse owners to prevent them from doing business with Plaintiffs as a way to suppress competition for the resale of horses,” the filing read. “Similarly, there are no allegations that the Tracks [including Gural’s Vernon Downs and Tioga Downs in upstate New York] colluded with other unrelated racetracks to prevent Plaintiffs from racing at those other tracks.”

Gural is a horse owner himself. In fact, he was part-owner of a winner of a prestigious Breeders Crown race last month at his East Rutherford racetrack. The horsemen have alleged that Gural has financial motives for excluding them, although Gural, 79, is an extremely wealthy real estate mogul in the greater New York City region with extensive holdings in Manhattan.

“To the extent that Plaintiffs characterized Mr. Gural’s alleged conduct as reducing competition for his own benefit, their theory is implausible,” Gural’s attorneys wrote. “There are no allegations that Mr. Gural attempted to purchase Plaintiffs’ horses, and if it is true that Plaintiffs’ horses were excluded from participating in races with Mr. Gural’s horses, then there would be less prize money available to Mr. Gural. The only defendant that owns horses is Mr. Gural, but he did not engage in concerted action with anyone.”

The attorneys noted that allegations of price increases for consumers and other typical examples of “competitive harm” to buttress an antitrust claim are not spelled out anywhere in the lawsuit. 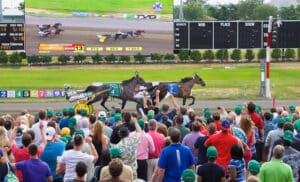 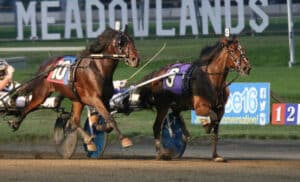