Ray Lesniak isn't pulling the trigger on his book just yet, instead taking the time to write a new chapter on Sheldon Adelson and the DOJ. 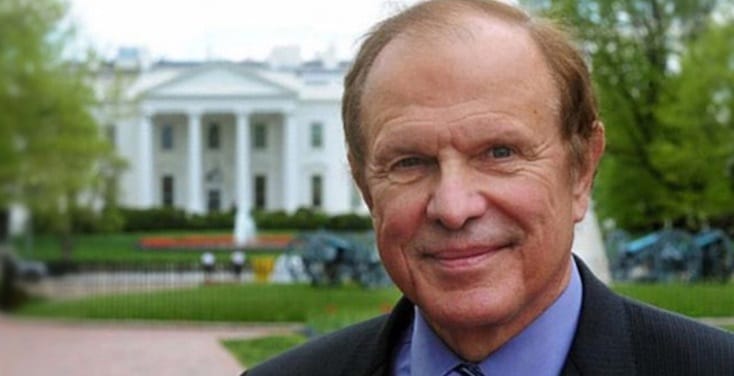 Anyone looking forward to reading a forthcoming book next week former New Jersey state Senator Ray Lesniak – who would be on any Mount Rushmore of U.S. sports betting expansion – will have to hold their enthusiasm.

That’s because Lesniak told NJ Online Gambling on Wednesday of a delay, but for reasons he is enjoying.

“I was all set to go, but then there was this Department of Justice opinion about The Wire Act that just came out,” Lesniak said. “So I want to add another chapter about DOJ and [Las Vegas casino billionaire] Sheldon Adelson.”

So instead of a book rollout just ahead of the Super Bowl, the first to be held with Atlantic City casinos offering legal sports betting, Lesniak has decided that the “kickoff” of NCAA men’s basketball March Madness will have to do instead.

Of course, Lesniak also has to make time for another labor of love: taking on that Wire Act Opinion.

Lesniak said that New Jersey state Senate President Stephen Sweeney, one of the parties in the six-year sports betting legal melodrama, reached out to him last week.

“Businesses are hurting right now because of the confusion, and if we can get affidavits from casino owners, gaming operators, and such, I can file a motion for declaratory judgment in U.S. District Court,” Lesniak said. “I would be suing the United States of America, basically.

“And if I didn’t think I had a reasonable chance, I wouldn’t bother,” he added.

And if New Jersey does prevail in Round One, Lesniak expects to see the case get kicked over to the U.S. Third Circuit Court of Appeals, just as sports betting did, and possibly even beyond.

It wouldn’t be the first time that Lesniak prevailed in federal court, even though his 2009 attempt to take on the federal law basically limiting sports betting to Nevada was tossed for lack of standing.

Instead I am referring to his 1982 settlement in a petrochemical case in which, after legal sparring, an agreement was reached that the Comprehensive Environmental Response, Compensation, and Liability Act (CERCLA) did not prevent New Jersey from using spill compensation funds to finance the cleanup of hazardous waste and to pay compensation for damage claims.

I have a copy of an outline of the Lesniak book. Some observations:

It was not surprising that Lesniak said of ex-Senator Bill Bradley, sponsor of the ill-fated and now defunct Professional and Amateur Sports Protection Act of 1992, that he “had good intentions.”

That is the prevailing view, and one I felt after interviewing him several years ago.

But Lesniak also writes that “the NFL… also had good intentions in supporting the federal ban” – which was a big surprise.

“Well, I was being kind,” Lesniak said Tuesday, recalling that the rest of the sentence reads “although its greed overcame whatever good intentions it had at the time.”

NFL regular-season games at a London stadium where wagering is legal for any other contests, the league’s embrace of daily fantasy sports, and the pending move of the Oakland Raiders to Las Vegas are among Lesniak’s citations on that front.

Lesniak’s discovery of a 2005 Virginia Law Review article proved to be a turning point, even though there was a focus on “unequal sovereignty,” the plank of the sports betting case that ultimately never got a judicial vote even though Nevada clearly had an institutional advantage thanks to PASPA.

“I did a kernel in that paper, and it gave me a foundation to work on,” Lesniak said.

One of the key aspects of the sports betting saga is that when the sports leagues prevailed at the Third Circuit level, 2-1, against charges that PASPA “commandeered” states into enforcing a federal sports betting ban, the majority opinion by Judge Fuentes included an observation that “we do not read PASPA to prohibit New Jersey from repealing its ban on sports wagering.”

In the book, Lesniak writes that Fuentes “probably didn’t mean his words to be an invitation for New Jersey to repeal its laws on sports wagering.”

Of course, New Jersey did exactly that, extending the case for years before the ultimate victory.

“I don’t think the judge figured that in real life, we would do that,” Lesniak said. “But he didn’t know Ray Lesniak.”