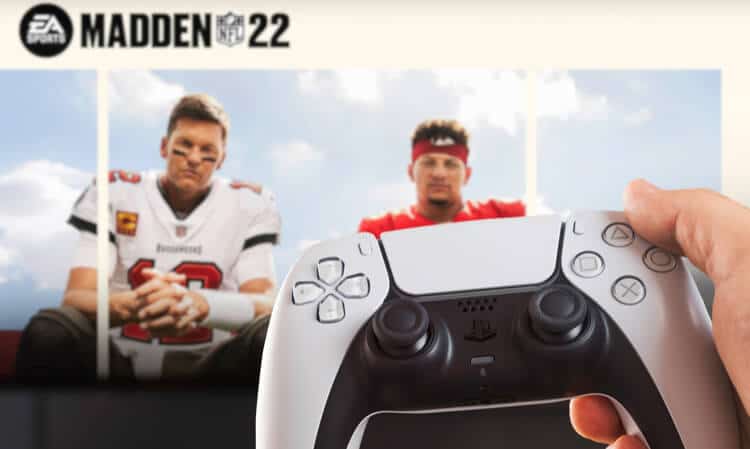 New Jersey’s long-running claim as a pioneer in the expansion of legal, regulated gambling in the U.S. now is scheduled to add another feather to that cap next month.

The first sanctioned eSports skill-based wagering event in the U.S. will feature the popular Madden ’22 game and is scheduled for Jan. 22-23, 2022, at the Hard Rock casino in Atlantic City.

The 256-player in-person double-elimination tournament, approved by the state Division of Gaming Enforcement, will allow the participants to wager on themselves in each round as well as compete for overall prize money of $9,000.

“We are extremely proud to offer a one-of-a-kind eSports wagering experience,” Hard Rock CEO Joe Lupo said in a statement. “We are confident that this innovative and highly regulated partnership will prove to be a success.”

Plans for the event were announced by Esports Entertainment Group and will utilize LANDuel software, and the goal is for many more such events down the road.

LANDuel’s announcement outlines why the company calls the pending event debut “a historic day” in eSports:

“LANDuel was created with the belief that there is a better, safer way for players to enjoy peer-to-peer wagering in eSports,” LANDuel Vice President of Business Development Murph Vandervelde wrote. “For too long, peer-to-peer wagering has resembled the Wild West — with online sites operating outside the purview of regulation, allowing for various bad actors to cast doubt on a pastime many gamers love.

“By not engaging with regulators to design and implement systems to protect players, this market has come under fire from customers everywhere. Whether it be underage participants competing on these sites that offer no Know Your Customer (‘KYC’) protocols or players misleading other competitors about their true skill level and taking money from players of lesser skill, the current state of online peer-to-peer wagering is fraught with peril from a consumer perspective.

“The experience is equally as frustrating for the regulatory bodies and casino operators, as current peer-to-peer wagering companies have not cooperated with these groups to make the experience more enjoyable and safer for all. By doing so, they are depriving the state and license holders of tax and license revenue, which is bad for the ecosystem and promotes conflict in what should be a booming market.

“Finally, by not implementing the proper reporting and infrastructure, current operators aren’t innovating and progress is slowing, not accelerating.”

How the event came to fruition

Vandervelde added that after initial discussions with NJ DGE regulators two years ago, LANDuel officials began speaking with Hard Rock executives. Once software standards needed to gain state approval were laid out, Vandervelde wrote that EEG Labs was brought on board to meet those standards.

“We believe that LANDuel offers a way for casino partners to safely embrace the wagering of the future, eSports, while offering the best experience to gamers,” he said.

“Instead of the obfuscated online offerings, LANDuel has chosen to partner with Hard Rock Hotel and Casino to drive gamers to enjoy all that comes visiting their beautiful property, while enjoying a safe and regulated eSports wagering and tournament event.

“Furthermore, we invested heavily in our data and analytics behind our matchmaking algorithm to ensure that players of like skill are matched, to avoid ‘pool sharks’ and ‘sandbaggers.’

“Our system, via computer vision and machine learning, stores in-game performance as well as overall match outcomes to inform player skill over the course of their play in LANDuel matches. This allows us to better match players equally, adjust for improvements/decreases in performance, and identify anomalous behavior to provide the most reliable matchmaking.

“Our approach of redefining the field on which peer-to-peer wagering is delivered satisfies the regulators, as players need to be in-person to compete, allowing our team to ensure that the identity of the players matches who they claim to be.

“This, coupled with our robust reporting capabilities, satisfies state revenue certifications and makes sure those who have invested heavily in the gambling ecosystem in New Jersey are rewarded for their efforts.”

Details about the event

Entry to the Seminole Ballroom competition is free, though participants must be at least 21 years old (spectators may be age 18 and up).

All matches will be played on computer with a controller of choice — Xbox or Playstation.

The event space will feature a dedicated set of PCs for non-tournament participants to compete in side matches on LANDuel, with an option for them to side-wager on their own matches as well.